What do you give the jaded (er, forward-thinking) sustainability professional in your life? It sure isn't going to be a fruitcake or a battery-operated plush reindeer from the drugstore.

These 10 tech-savvy, design-forward items, on the other hand, will show off your present-picking prowess, whether the gift is for your boss, mother, nephew, spouse — or yourself. Some come from startups while others are from well-known companies that promise more efficient, less wasteful ways of doing ordinary things.

These options include energy-efficient gadgets, consumables and even experiences to help people in another part of the planet. Whether practical or fanciful, they're priced for a variety of budgets, from $25 all the way to $365, for those with discriminating tastes. 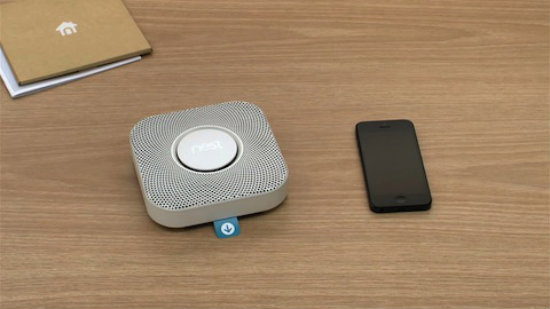 Nest Labs' gadgets are an early glimpse at emerging Internet of Things technologies. The company has its sights on reinventing other “unloved” products for the home, as co-founder and former Apple iPod designer Matt Rogers teased at our VERGE event in October.

Nest made headlines in 2011 with its sleek, smart, $250 Learning Thermostat. Paired with an iOS app, it’s built to keep your house cozy yet energy-efficient. Nest waited until 2013 to release its next product, to nearly equal fanfare: a smoke detector that elevates form and function for the much-loathed device in every home. Each $129 Nest Protect detector has sensors for light, smoke, carbon monoxide and motion. It knows which room it’s in, runs on long-lasting Lithium-ion batteries, and shuts off false alarms with a simple arm-wave.

Nest released a developer kit in September that could pave the way for third parties to integrate the devices within their smart home systems and beyond. 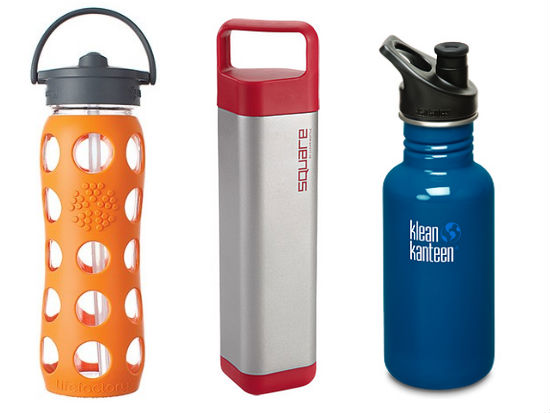 If you’re in the habit of guzzling 8-12 glasses of water a day, most any vessel is a step up, health- and Earth-wise, than a petroleum-based, disposable plastic bottle. BPA-free bottles have become ubiquitous, but few consumers yet realize that the BPA replacement BPS is yet another hormone-bending chemical.

Giving a glass or stainless steel bottle shows that you’re on top of design trends and the latest science. LifeFactory (glass, $25) and Klean Kanteen (stainless steel, $12-50) were early to the game and have spawned copycats. There are kid-size options for each. CamelBak now makes the EDDY glass water bottle with a silicone sleeve that apes LifeFactory’s, and also has a built-in straw. Square is a unique stainless steel option, which crowdsourced its funding on Kickstarter. 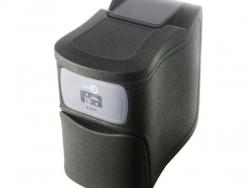 The lightweight “bottle” with rounded corners won’t roll off the table, is easy to clean, and doesn’t harbor a metallic taste.

Garbage compactors and backyard compost piles are so 20th century. NatureMill kitchen composters are about as glam as it gets when disguising rotting food waste. Sure, not every CSO will warm to this gift, but at $260 this is a decent item to consider for the office kitchenette, especially if you're in a city that offers curbside compost pickup.

For an alternative priced more for middle management, check out the hand-crank Green Cycler for $119. If your giftee is a more daring roll-up-the-sleeves type, check out the Worm Factory Composter at the same price. 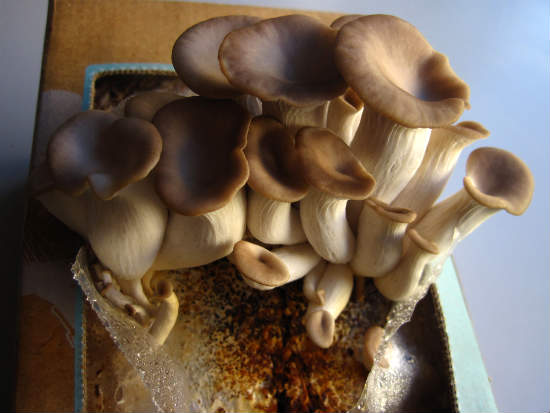 4. Back to the Roots DIY kits

Any veteran of the Whole Earth Catalog era knows that mushrooms can save the world. You can start at home by growing them with a $20 Mushroom Kit from Back to the Roots. Just open up the box, mist with water, and harvest oyster mushrooms in a few weeks. Think of it as a Sea Monkey alternative for mini mycologists. The Oakland, Calif., startup also sells a self-cleaning fish tank-garden for $59. Plant your basil and thyme in the top compartments of the $60 AquaFarm. They enjoy a constant water supply and fish swimming below can nibble their nutrients. 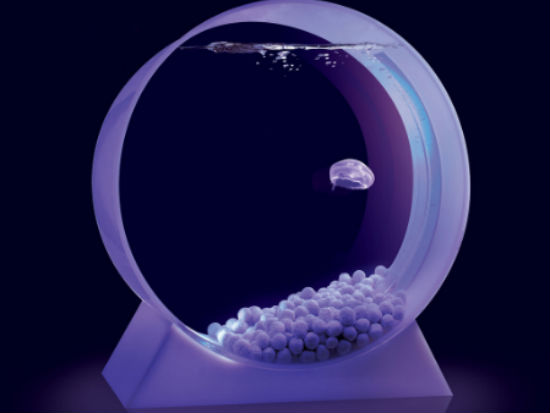 Jellyfish threaten to take over the oceans. Isn’t the corner office a better home for them? Jellyfish can’t live in regular fish tanks, where they get sucked into the filtration systems, so a Duke-trained marine biology student built these tanks, blowing his $3,000 funding goal out of the water by raising $162,917 on Kickstarter. Each kit costs $365, which includes plankton for food, plus another $39 per non-stinging Moon Jellyfish. You can change the LED color by remote control. 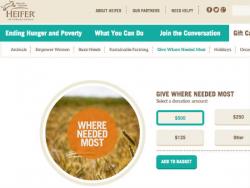 To make it clear, these jellyfish are farmed, not removed from the sea, so this purchase won't exactly make a dent in overpopulation. However, the company recently demonstrated a spirit of volunteering by helping to seed a coral reef in the Florida Keys.

Sometimes nothing is the best gift for someone who has everything. Better than that, though, is a donation that creates real change. There are a seemingly unlimited number of ways you can support a worthy cause in someone's name, whether it's funding efforts to clean up the textile industry through the NRDC, sending a girl to school in Afghanistan through the International Rescue Committee, or providing livestock for a family in India through Heifer International. Another option is to fund microloans for entrepreneurs around the world through Kiva or eBay's MicroPlace — or to lend to local solar energy projects via Mosaic. 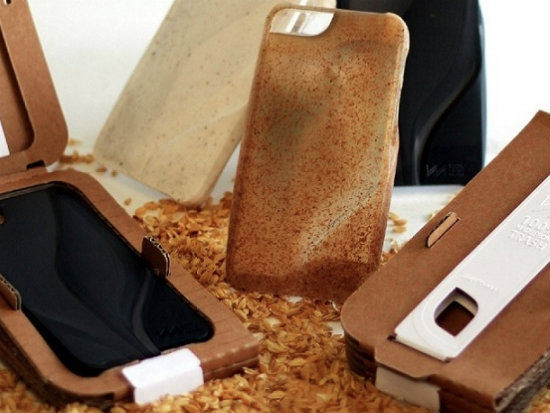 Cell phone cases are about as disposable as the devices themselves. These cases, though, are made from recycled materials — plastic fortified with husks from rice farming waste. The Re-Case costs $32 and comes in four earth tones, from “blackberry currant” to “yogurt granola.” You can slip an RFID card or wave-to-pay credit card within the case, and its contoured design is meant to comfortably fit a hand. 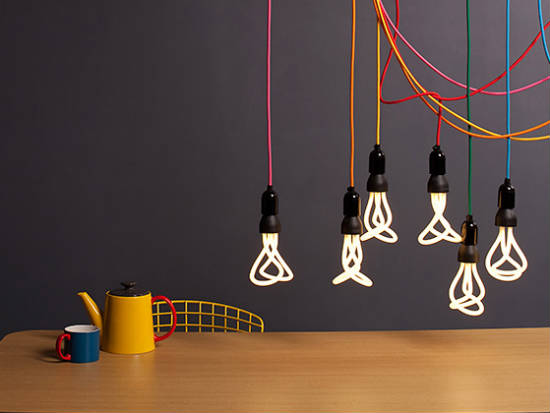 These sexy compact fluorescent bulbs, which have more curves than most, have attracted design awards. Design firm Hulger aimed to make the light they cast warm and inviting. Go ahead and show off their energy-efficient glory in an open or see-through light fixture. You'll find Plumen's CFLs at various online merchants for $25 and up. 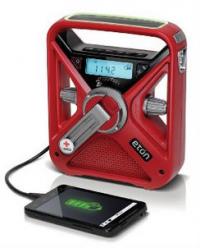 Eton is well known for the sturdy designs on its multitool hope-you-never-need-it devices, such as this $50 solar hand-turbine, glow-in-the-dark weather alert radio. It includes an LED flashlight and an emergency beacon, and it can charge your cell phone. As more communities brace themselves for the effects of climate change, you'd be negligent not to have an off-grid tool in the house or trunk of your car. The company makes an astounding variety of sizes and configurations, including the $50 "all-terrain" Scorpion. They're available at online merchants and in person at camping stores.

10. Sustainable Seafood of the Month Club

Blue Sea Labs recently won the Fish 2.0 startup competition, which Kristine Wong detailed in November. Following the Commuity Supported Agriculture model, Blue Sea connects fishermen directly to consumers. Whether you want Maine lobster, Louisiana crawfish or Maryland crab cakes, the shopper sees online profiles of the people who pulled the creatures from the water, and can pick delivery dates for maximum freshness. The site showcases family-owned businesses that value principles of sustainability. Gift options include a $25 gift certificate, a $62 pound of salmon candy and a 3-month, $297 Oyster of the Month subscription.

Why Video Cameras are the Swiss Army Knife of Building Sensors