We know new models to address environment and social challenges are needed, and collaboration is widely hailed as a promising model. One example of business collaboration for sustainability is emerging in the Canadian oil sands and is known as Canada's Oil Sands Innovation Alliance (COSIA).

Canada's oil sands are an important resource: the world's third largest proven reserve of oil. But they've been criticized on environmental and social grounds.

As an initiator of COSIA, I offer this report on what we've learned about addressing our environmental challenges collaboratively.

Deciding to work together

OSLI and OSTC created insights, lessons and ambition. However, they weren't at the scale needed to change the environment and social impacts of the overall Canadian oil sands resource. 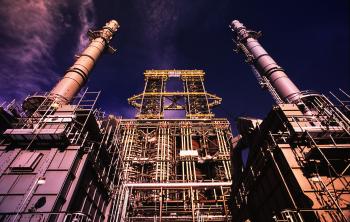 Sector leaders began a powerful conversation that ultimately expanded to include chief executives. Their question: What would be required to develop the Canadian oil sands sustainably?

A core decision was that the whole industry had to improve together: one green company was insufficient. As company leaders, we realized that, now that the intensely competitive process of acquiring mineral rights largely had concluded, our destinies were tied together because the oil sands industry has regional, cumulative environmental and social impacts.

Once we committed to working together, we needed to identify an approach that would let us address our combined impacts.

Design criteria began to emerge. As an industry, we needed to:

• Ensure all future sustainability efforts were additive rather than overlapping.

• Shorten the time from idea to deployment.

• Speed the creation of new projects and leverage resources and efforts.

• Encourage and support ambition wherever we found it within our companies. Creating "Coalitions of the Willing" became a new term in our industry language.

• Remove intellectual property (IP) as a barrier to sharing and working together.

• Avoid free rider behavior: make sure that only companies supporting this collaboration benefited from its innovations.

Oil sands CEOs sanctioned a vision and effort to design a new model. The 13 CEOs involved represent 95 percent of current oil sands production. A Charter, signed in March 2012, documented the ambitions and commitments required for the journey.

For the first time at a global level, our companies agreed to share intellectual property (IP) and technologies, initially related to water and then extending to other environmental priority areas, involving tailings, greenhouse gases and lands.

When we first asked our lawyers if such sharing were possible, we were told: "No, never." When we pressed the lawyers on a time frame, they said it would take more than two years to accomplish. But through intensive effort, we completed the first agreement, on water, only three months after the Charter signing.

Today, COSIA members have shared more than $900 million in intellectual property, with about 560 IP contributions in the four environmental priority areas. These accomplishments far exceeded our expectations. 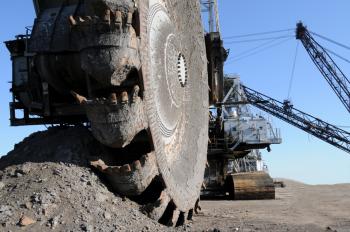 Our success comes partly from the concept of "Equitable Contributions," which is built into our agreements. We track the dollars, time and IP contributed by each company and review these figures annually with the CEOs. Firms that don't contribute IP must provide a cash contribution. A third party validates IP relevance and costs of development. The wisdom from all previous efforts has been fully incorporated into the design.

COSIA will be successful when we have quantifiable, measurable goals for each environmental priority area, and drive to achieve these outcomes through project portfolios and third party capabilities. I foresee both continuous improvement through sharing of best practices and game-changing opportunities providing additional acceleration.

From adversity and opportunity comes innovation. Our key insight is that collaboration requires a common vision and definition of what success looks like: in other words, "joint effort toward common goals." It is a much higher bar than cooperation, which I think of as "pursuit of individual interests jointly." Cooperation was the dominant model of the industry historically.

COSIA is a globally significant model of collaboration whose learnings will inform many other models going forward. Other sectors may not replicate COSIA directly, as it is an unusual enterprise: 13 companies, many of which are among the largest on the planet, tied together by common regional environmental and social interests.

But the notion that the Canadian oil sands, subject to dramatic negative campaigning efforts, can be the genesis of new possibilities for collaboration is both ironic and inspiring. Our experience is worth exploring for others grappling with big sustainability challenges.

Lead image of oil sands in Alberta, Canada by Christopher Kolaczan via Shutterstock

At a critical point: The good business of protecting biodiversity