Looking back, 2013 was a year of mixed results for United States climate policy. This was the year President Obama announced his Climate Action Plan, one component of which was the EPA's proposal to limit emissions from new coal- and natural gas-fired power plants. But it was also the year when an energy-efficiency bill supported by business groups as diverse as the American Sustainable Business Council (ASBC) and the U.S. Chamber of Commerce, among many others [PDF], could not survive a divided Congress.

Although 2014 is unlikely to bring new breakthroughs, such as a price on carbon, there are some opportunities for progress — especially if business people make a show of support. Here are five causes worth supporting in the new year.

In particular, the standards for future coal plants are strict enough that they are expected to hasten the transition away from coal as an energy source. That could boost renewable energy projects that will make us more energy independent, create many times more jobs [PDF] than fossil fuel projects per unit of energy and help avert the worst impacts of climate change. Expanding these standards to existing plants will amplify and accelerate those outcomes.

After several delays, a final decision on whether to allow the Keystone XL pipeline to be built could come sometime in 2014. If approved, the pipeline, and the tar sands that it would carry, would have a devastating impact on the climate and could lead to hazardous spills — without necessarily bringing down gas prices or creating as many jobs as the oil industry has claimed.

Many, including the ASBC, believe the United States would be better served by investing in clean energy, a far superior job creator than fossil fuel projects. If a decision is made this year, we hope President Obama will back up his past rhetoric on climate issues and block the pipeline's construction.

The Clean Energy Victory Bonds Act, soon to be re-introduced in Congress, would allow Americans to support a goal of a globally competitive clean technology industry and domestic energy security. Much like the Victory Bonds issued during World War II, any American could purchase a CEVB for as little as $25. They would be issued and backed by the U.S. Government — making them safe investments — and the proceeds would go toward renewable energy and energy efficiency projects.

The implementation of CEVBs will help facilitate much-needed funding for the development and manufacturing of innovative clean technologies and lead to the creation of as many as 1.7 million domestic jobs.

Currently, 38 states have some sort of Renewable Portfolio Standard in place. Yet unlike nations including Britain, China and Poland, none exists at the national level here. Two proposals recently have been introduced in the Senate, both of which would require utilities to generate 25 percent of their electricity from renewable sources by 2025. While their chances of success are considered slim, they represent a growing awareness of the need for renewable energy to power the economy going forward. 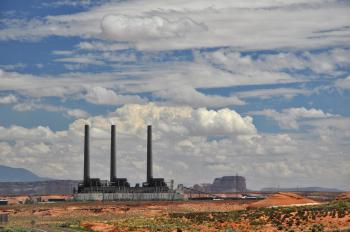 A national standard was previously proposed in 2010 but failed to pass. According to one estimate, it would have created 297,000 jobs, saved consumers more than $64 billion and cut carbon emissions by 277 million metric tons a year. Of course, benefits such as those already are being recognized at the state level.

Even with strong, immediate action, we may not be able to avert all the effects of climate change. One concern is that severe weather events linked to climate change will grow more frequent; another is that coastlines will disappear due to rising sea levels, threatening coastal economies, many of which are built on tourism.

That's why one strategy must be to prepare for the effects of climate change, and that is where the STRONG Act comes into play. This bipartisan bill would support resiliency efforts in communities vulnerable to severe climate events. The rationale is about more than just dealing with climate change — for every dollar spent now to prepare for severe weather events, we can avoid $4 in losses later on.

The consequences of inaction are severe: About 25 percent of businesses affected by major disasters do not reopen.

It is hard to make political progress during years with midterm elections. But some of these actions don't need congressional approval. Those that do, meanwhile, actually have a very strong business case to back them up. Smart policy makers are increasingly recognizing that protecting the environment and spurring economic growth are not polar opposites. In fact, they actually can go hand-in-hand. And that's a perspective that can bring policy changes to put us on a better path toward a sustainable future.

Let 2015 be the year green businesses engage in policy fights