In looking ahead at sustainable business for 2014, I am going to take a radical step and suggest that the right role model is the U.S. Congress — no, really.

With the exception of mud-wrestling fans, not many groups use the American Congress as their ideal, but bear with me. The recent agreement on a two-year budget — instead of crisis-driven, short-term spending bills — is something that the world of sustainability would be well-advised to emulate.

Like the United States' new two-year budget, sustainability needs to look at December 2015, not December 2014, as its end game. Perhaps the most important story of 2014 will be how much progress we make toward international agreements on climate change and new Sustainable Development Goals (to replace the Millennium Development Goals) by the end of 2015.

These frameworks will help clarify objectives, allocate resources and focus attention, and business leadership is crucial to make these agreements a reality.

Leadership over the next two years on climate should take three forms. First, it is infinitely more likely that government leaders will push for a meaningful agreement if business is speaking loudly about the importance of combatting destructive climate change. Put another way, business' embrace of climate action legitimizes such efforts as being economically beneficial. Second, business can demonstrate what's possible through ongoing innovation; without that, ambitious targets will not be achieved. Finally, to underscore how cooperation leads to progress, business can highlight the successful outcomes of its myriad partnerships with NGOs, the public sector and local communities. 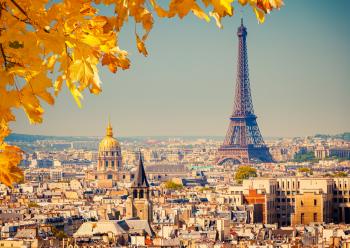 Governments, and also many business leaders, have taken a step back since the ballyhooed Copenhagen climate summit ended with a whimper in 2009. Regardless of whether COP 21, which will take place in Paris in December 2015, is in fact the "last-chance saloon," the science tells us that the climate clock is ticking. The longer we wait to take decisive action, the harder (and more expensive) it will be to prevent the worst impacts of a changing climate.

The global climate calendar coincides with the effort to establish Sustainable Development Goals (SDGs). While the world has fallen short on achieving some of the Millennium Development Goals (MDGs), good progress has been made, in no small part because the very existence of the goals placed poverty reduction on the global "to-do list." A new set of goals, based on renewed ambition and lessons learned over 15 years of efforts to meet the MDGs, will refocus the world's attention on the eradication of the most extreme forms of poverty.

And let's remember, without decisive action on climate, progress on poverty reduction as envisioned in the SDGs simply won't happen. These two efforts are inextricably linked.

A call for decisive action

Global agreements are necessary in creating the incentives and frameworks for sustainable, widespread prosperity. The most innovative and far-seeing companies know that decisive action on climate is needed to preserve the conditions for business success, and is a crucial engine of innovation. This is why the real story of 2014 is how much progress we make on the road to 2015.

This story first appeared at The Business of a Better World. Chess photo by newphotoservice via Shutterstock.

Sustainable Development Goals: A new course for people and planet

Who's accountable for progress on the Sustainable Development Goals?

Business schools get engaged with the SDGs