What you need to know about Green Meetings Standards

What you need to know about Green Meetings Standards

A few years ago, as more organizations began adopting green meeting practices, it became evident that not all sustainable meetings were produced equally. Some organizations called their meetings "green" when all they did was offset their carbon emissions for attendee air travel. Others established robust programs that included contracted green practices encompassing the majority of meeting aspects. It was clear that the meetings industry needed a consistent, vetted set of guidelines to define acceptable levels of performance.

To make this happen, the Green Meeting Industry Council partnered with the U.S. EPA and the international standards organization ASTM to develop the standards. Early in the process, the key meetings-industry associations comprising the Convention Industry Council joined their efforts. An international panel of industry professionals made up of organizations that plan meetings (planners) and companies that supply services to meetings, such as hotels and convention centers (suppliers), were convened to develop the standards.

The APEX/ASTM Environmentally Sustainable Event Standards — ASTM Green Meeting Standards for short — were developed over the course of more than five years by a dedicated group of meeting professionals spanning the realm of the industry. They aim to help others in the field understand what practices should be in place to produce a sustainable meeting, using nine key components of meeting management.

Like any new prototype, they were designed in a "laboratory" setting with defined parameters and were continually tweaked along the way. All types of people examined them: planners, suppliers, EPA employees and even people from other industries, including plastics, wood and chemicals. After much debate, they were deemed ready for market. Eight sections were launched in April 2012, and the ninth and final section was published in April 2013.

Nearly a year in, they already have been embraced by prominent meeting planners and suppliers looking to raise the bar on sustainability. Here's how your organization can do the same.

How do the standards operate?

The standards are divided into nine major areas of meeting production: 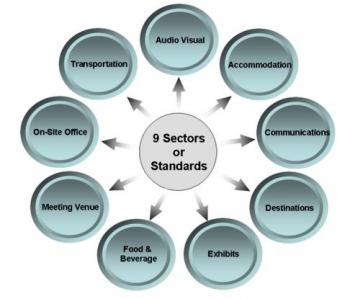 1. Accommodation primarily covers hotels and motels, but also can include bed and breakfasts, hostels or any facility that provides sleeping rooms.

3. Communications is the catch-all for anything that supports event communications, from the printed program and promotional materials to name badges and conference bags or giveaways.

4. Destinations covers any city or area that supports meetings, events or conventions. The standard only covers aspects of a destination as it relates to meetings/conventions. For example, it requires the city to support recycling and composting and have public transportation options to and from the airport and meeting locations.

5. Exhibits includes the practices of the general service contractor who sets up the show, the show organizers and the companies that exhibit at the trade show.

7. Meeting venue is any facility used to house the meeting or event. While there are other, more recognized facility standards, the scope of the ASTM Green Meeting Standards addresses the operation of a facility as it relates to the delivery of a meeting.

8. On-site office addresses the practices of the organization that produces the event while setting up and delivering the event. The standard includes using energy-efficient electronic equipment and ensuring staff participates in recycling efforts and sustainable practices.

9. Transportation generally covers attendee and staff travel to and from the event and any shuttle bus services provided to transport attendees from venue to venue.

Each of the standard's specifications is organized into eight categories. Four categories address policy practices such as staff management to ensure a sustainability policy is in place and staff is trained. Communications are about ensuring the practices are communicated and methods follow sustainable practices. The community partners section has specifications that ensure local community support. Procurement encompasses purchasing and supply chain adoption. The other four deal with environmental specifications involving waste, energy, water and air quality. Each standard has four levels of mastery, scaled from 1 to 4.

Ideally, these standards will be embraced by both planners and suppliers who want to ensure that their processes and services come together to produce an environmentally sustainable meeting. The planner and supplier need each other to perform at the same level in order to meet minimum expectations; neither can claim to have mastered the standards unless the other has completed its fair share of the process.

For example, a fundamental function of the standards is that both the supplier and planner have a sustainability policy (here's a PDF to help you create one if you don't currently have one in place). If the planner maintains one but the supplier doesn't, the planner can't claim to have completed that component. Think of the standards as a puzzle where all the parts need to fit together to create the whole picture.

Who's using the standards?

Quietly or publicly, planners and suppliers are starting to embrace the standards. Because suppliers represent a fixed venue or destination, it's easier for them to comply, and several have claimed the standard. The Colorado Convention Center in Denver was the first, followed by McCormick Place in Chicago, both of which earned Level 1 status. Then Venetian/Palazzo/Sands in Las Vegas achieved Level 2. Even meeting destinations such as Denver and Portland, Ore., have been third-party assessed to be in compliance with the standards. 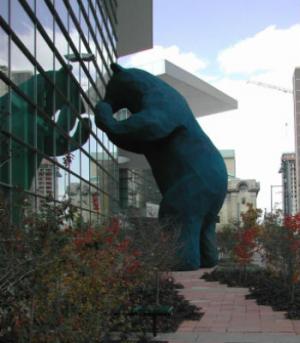 Planners, on the other hand, are required to be assessed for each meeting they produce, which currently makes reaching compliance more complex. As most meetings move from destination to destination and venue to venue, getting third-party assessments for each meeting is cost prohibitive. This is an unfortunate flaw built into the current structure of the standard, and is currently under review.

The first meetings industry organization to publically share its compliance level and experience with using the standards is IMEX America, a well-known industry trade show with an attendance of more than 8,000. It managed to reach a compliance rate of 63 percent. Read the 2012 IMEX America sustainability case study in this PDF.

Ultimately, the more suppliers can show consistent compliance with the standards, the easier it will become for planners to meet the specifications.

How to adopt the standards

While the standards sound overwhelming, complicated and unattainable, they really are not. Regretfully, when they're purchased, they're wrapped in tediously written, pages-long text. But their essence can be boiled down into an Excel spreadsheet that resembles more of a checklist and is easier to digest. Click here for a complete sample set.

These standards aren't easy to accomplish  — if they were, the industry already would have been achieving the goals they represent. But they are necessary so everyone can have the same frame of reference from event to event and meeting to meeting. As more planners and suppliers adopt them, the industry will accomplish what was intended all along — that environmentally sustainable meeting practices become the conventional way to do business.

Editor's note: The original headline of this story misstated that these standards are "EPA-approved." It has been changed.

Meeting photo by Ferbies via Shutterstock