The biggest news in energy efficiency this week — indeed, some of the biggest business news in the world — is Google's all-cash $3.2 billion acquisition of Nest Labs, maker of the well-known Nest smart thermostat and lesser-known Nest Protect smoke and carbon monoxide detector. This is a huge exit for the four-year-old company headed by Tony Fadell, formerly an instrumental player in Apple's iPod and iPhone product lines.

The Nest thermostat created quite a sensation when introduced. Its industrial design is reminiscent of Apple's highly regarded products, with a streamlined metal ring housing a digital user interface with a delightful user experience. But the real appeal of Nest is its intelligence — the device's ability to record and adapt to your habits. Nest knows when you are home and can predict when you will be home. It can understand where you are in the house. And it can adjust heating and cooling settings to maximize comfort and efficiency.

The more recent introduction of Nest Protect signaled Nest's ambitions to tie together multiple home controls into an intelligent ecosystem — the Internet of Things — and take long-held visions of the smart home to new heights. Google's Chromecast — a small USB device that plugs directly into modern TV sets and connects to Internet services wirelessly — served as the search and advertising behemoth's most recent foray into the connected home, delivering a vast array of entertainment options directly to consumers' TVs.

But what does all of this mean for energy efficiency? It's not likely to be good news.

For all its advantages, the Nest thermostat has at least one major disadvantage: The ability to "set and forget" the thermostat eliminates consumers' engagement in a major element of managing their own energy consumption. Consumer accountability for conservation tumbles, and those same consumers will blame their utilities if consumption or spending rises. 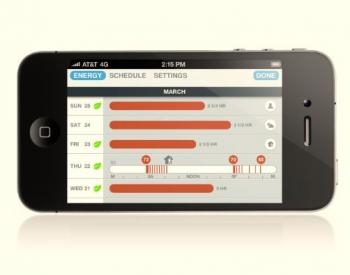 Still, until this week's acquisition, the thermostat was the centerpiece of Nest's public persona. Energy efficiency benefitted tremendously from the halo effect of the Nest thermostat, much like Apple's Mac line has benefitted from the halos of the iPod, iPhone and iPad.

With the Google purchase of Nest, energy efficiency's prominence in the Nest story will diminish considerably and at a faster rate than it otherwise would. Nest isn't just concerned about energy efficiency, and Google wouldn't have paid the premium it did if Nest were.

Google Nest will be much more broadly focused on the connected home, with energy efficiency at best achieving equal footing with entertainment, shopping, local information, transportation/navigation and other services. At worst, energy efficiency will become an afterthought in a broader land grab for owning the home.

Nest will enjoy significantly deeper financial and technical resources as part of the Google family of companies. But with the good comes the bad. Google will be able to harvest and monetize the data Nest devices collect, which is why privacy concerns surfaced in significant volume immediately after the acquisition was announced.

This acquisition very well may be good news for Google and certainly is for Nest's shareholders. But it is likely bad news for energy efficiency, and possibly for consumers in general.

Why iteration over innovation leads to sustainable systems changes