It's difficult to wrap your head around the geographic disparity of California's water supply, especially if you're not there in person. Some places along the North Coast receive up to 100 inches annually, while others, such as Death Valley, see scarcely an inch, according to historical data from the U.S. Environmental Protection Agency.

So naturally, there is a strong interest among these businesses in tools and technologies that ensure every drop of water is used for its intended purpose. Startup PowWow Energy, which recently won the $200,000 Grand Prize at the 2013 Cleantech Open, focuses squarely on addressing that problem. 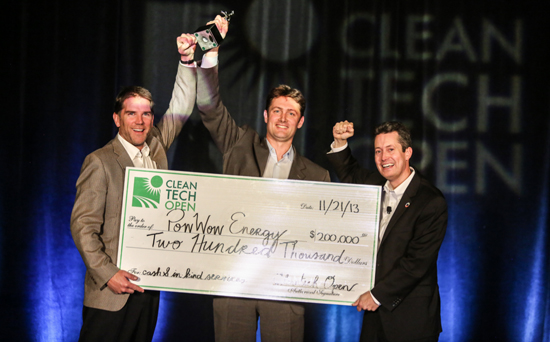 "There is a lot of social tension around the situation, and the farming community is hungry for innovation," said Olivier Jerphagnon, founder of PowWow, based in Sunnyvale, Calif.

PowWow was founded with the intention of addressing the water-energy nexus. It was working on a way to integrate renewable energy, energy storage and water pumping at a ranch and developed a way to detect "abnormal behaviors" that might skew how often the pumps should run. 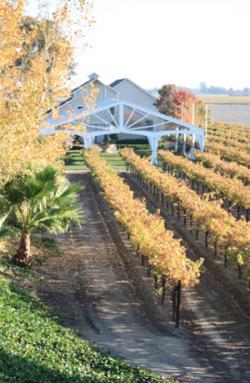 "One day the rancher complained about a leak that created a new pond of water on one of his fields," the company wrote in its background materials. "It cost him thousands of dollars in repairs, utility bills, etc., not to mention the constant worry of having to check the irrigation system. We considered this problem and realized that we could probably detect the leakage using data on our server."

Jerphagnon developed an appreciation for the burgeoning water crisis while he was working in the telecommunications industry in Australia, although his interest in agriculture stems back to his childhood in Brittany, France — Europe's largest dairy products region. "If you want to see the future, see what is going to happen in 20 years, go to Israel and Australia," he said, pointing to the increasingly frequent droughts that certain areas of those countries are facing.

PowWow's platform — offered as a Web service — works by mining a farm's utility billing information to track pump behavior. If something unusual happens according to parameters set by the service and by the organization, a manager receives an alert via a mobile text.

For now, at least, the service is available at no cost to farmers under PowWow's "it's free till the first leak" pilot program. The startup hopes to test its approach with about a half-dozen farms in California early this year with about $250,000 in seed funding; it will focus on a couple of crops to start, and its initial test sites have included a horse-breeding ranch, a winery and a large orchard. "Every crop has a different story to tell," Jerphagnon said.

Over the coming months, PowWow seeks to raise $2.5 million to $3 million in funding to scale the service across the Western United States and develop analytics covering additional crops and irrigation techniques. "Once we nail this, we will be able to scale quickly," he said.

All images courtesy of PowWow Energy.

Climate change could mean less farming in the West