A few years ago in Baltimore County, Md., environmental staffers were reviewing a tree-planting proposal from a local citizens group. It called for five trees each of 13 species, as if in an arboretum, on the grounds of an elementary school in a densely populated neighborhood.

It seemed a worthy plan, both for the volunteer effort and the intended environmental and beautification benefits. Then someone pointed out that there were hardly any oaks on the list, even though the 22 oak species native to the area are known to be wildlife-friendly. Local foresters, much less local wildlife, barely could recognize some species that were being proposed instead. As if to drive home the logical inconsistencies, both the school and the neighborhood were named after oak trees.

"Why are we doing this?" someone wondered.

That sort of epiphany has been happening a lot lately in metropolitan areas around the world, as people come to terms with both the dramatic increase in urbanized areas and the corresponding loss of wildlife. The portion of the planet characterized as urban is on track to triple from 2000 to 2030 — that is, we are already almost halfway there. Meanwhile, 17 percent of the 800 or so North American bird species are in decline, and all 20 species on the Audubon Society's list of "common birds in decline" have lost at least half their population since 1970.

Those kinds of stark numbers, repeated around the world, have made it disturbingly evident that it's not enough for cities to plant a million trees, preach the gospel of backyard gardens or build green roofs and smart streets. The trees, shrubs and flowers in that ostensibly green infrastructure also need to benefit birds, butterflies and other animals. They need to provide habitat for breeding, shelter and food. Where possible, the habitat needs to be arranged in corridors where wildlife can safely travel.

Although it may be too soon to call it an urban wildlife movement, initiatives focused on urban biodiversity seem to be catching on. The U.S. Forest Service, which once laughed off the idea that anything urban could be wild, now supports a growing urban forest program. Urban ecology and urban wildlife programs are also proliferating on university campuses. There's a "Nature of Cities" blog, launched in 2012. University of Virginia researchers recently announced the beginning of a Biophilic Cities Network devoted to integrating the natural world into urban life, with Singapore, Oslo and Phoenix among the founding partners. 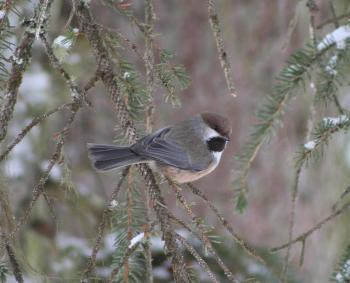 And in Baltimore County, officials now stipulate that canopy trees, rather than specimen, or ornamental, trees, must make up 80 percent of any planting on county land, and half of them need to be oaks. In an area where local nurseries hardly ever stocked oaks before, people sometimes balk, until the county's natural resource manager, Don Outen, explains the logic of it: Research has shown that oaks benefit everything from caterpillars to songbirds. Even fish prosper, because the aquatic invertebrates they feed on favor oak leaves on stream bottoms. At that point, said Outen, the reaction tends to shift to, "Why haven't we been doing this before?"

One reason is that researchers barely have begun to think about what wildlife already lives in the city, or how to encourage more of it. The importance of oaks in U.S. Mid-Atlantic states, for instance, came as news to most people in 2009, when Douglas Tallamy, a University of Delaware entomologist, published a ranking of trees and shrubs according to how many caterpillar species they harbor. (The Royal Horticultural Society has published a comparable list for Britain.) In contrast to oaks, which accommodate 537 species, says Tallamy, gingkoes, a standard street tree in many cities, host just three. "But there is this myth that a tree has to come from China to survive in cities," he said.

Tallamy likes to point out that a single pair of Carolina chickadees needs to bring 6,000 to 9,000 caterpillars to the nest to rear a clutch of a half-dozen nestlings. Black-capped chickadees probably need more. If you want the birds, he says, you need the caterpillars, and to get the caterpillars you need the right trees. "All plants are not created equal," he said. "Natives are more likely to be beneficial than non-natives, but even among natives, there are differences." For instance, although tulip trees are undoubtedly majestic, at 160 feet in height, they are stingy with wildlife, hosting just 21 caterpillar species.

At the National Center for Ecological Analysis and Synthesis (NCEAS), based at the University of California at Santa Barbara, researchers have begun to fill in a more detailed picture of what urban wildlife means. Because wildlife survey data often ends up in scattered locations and recorded in different formats, they are developing a unified database, with species lists, abundance and, in some cases, habitat types for urban wildlife in 156 global cities so far.

What the evidence says

The preliminary evidence may be more encouraging than people tend to think, said Fresno State University ecologist Madhusudan Katti. Although pigeons, starlings, house sparrows and barn swallows tend to turn up in cities worldwide, these four cosmopolitan species don't necessarily indicate that urban wildlife has become entirely homogenized. Cities also capture about 20 percent of the world's avian biodiversity, said Katti. That number may be skewed higher, he cautioned, because younger cities tend to have more native birds. So it may be a transient effect. But understanding what's happening before species start to disappear opens up the opportunity for interventions and urban design to retain them.

A new study in the journal Landscape and Urban Planning also looks at better ways of understanding urban wildlife and habitat in combination. The study uses birds as bio-indicators for other wildlife types because they are easier to count than shy, often nocturnal mammals, and because they are more broadly familiar to the public. "They're active during the day, they're colorful, they sing," said Susannah Lerman, a University of Massachusetts ornithologist and lead author of the new study. "So even if most people know nothing about wildlife, they know something about birds."

The study proposes a marriage of i-Tree and eBird, two current methods for keeping track of the natural world. Designed by the U.S. Forest Service, i-Tree is software used by organizations around the world to record data on urban tree cover, from single trees to entire forests. Its counterpart, eBird, from Cornell Lab of Ornithology, is a checklist system enabling thousands of birders around the world to log their observations into a central database. The combination of the two enables researchers to assess not just which trees characterize a neighborhood, but how good they are as bird habitat, and which birds are using them.

To demonstrate the usefulness of this methodology, the study's co-authors looked at 10 municipalities in the U.S. Northeast for which tree data happened to be available. They were aiming to show that the technology can work in the broadest possible range of communities. So they included municipalities from Moorestown, N.J., a Philadelphia bedroom community with a population of about 20,000, on up to New York City with 8.3 million. The ambition was to provide a quick tool for urban planners to assess how a proposed development would affect local wildlife, or which neighborhoods could benefit most from habitat improvements.

Accommodating wildlife in cities doesn't necessarily require massive investment, says Lerman. You can bring in more birds, she says, just by breaking up endless lawns with the right kinds of shrubs, to create structure and variety. Mowing those lawns a little less often — not weekly but every two or three weeks — will increase the population of native bees and other pollinators. As for bird feeders, they don't necessarily increase overall bird populations, but they do present one significant hazard: They can become "ecological traps," luring birds to their deaths in a sort of cat smorgasbord. Just keeping cats indoors, said Lerman, could prevent the loss of billions of birds in the United States every year.

In Britain, added Mark Goddard, of the University of Leeds, allotments, or community gardens, in urban areas make a major difference for pollinating insects, probably because they tend to feature fruit trees and bushes and because the weedy corners tend to be a little more insect-friendly than private gardens. Concern about dwindling pollinator species also has led to the recent proliferation of 60 wildflower meadows in British cities, modeled after the extensive meadows planted around the site of the 2012 London Olympics. 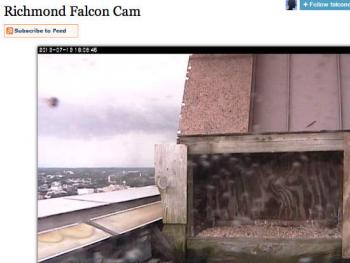 The power of competition

The new study by Lerman and her co-authors also inadvertently may have hit on one unlikely source of hope for urban wildlife: civic pride and competitiveness. Their study looked at the relative wildlife-friendliness of 10 sample cities and boiled the differences down to a series of numbers indicating how well each city accommodated nine representative species.

While the study scrupulously avoids an overall ranking of cities, it would be easy enough for local partisans to look at the numbers and make invidious comparisons. For instance, among the big cities, Philadelphia ranked first for biodiversity, followed by Washington, D.C. Boston lagged well behind. But it beat New York, and New York topped its Hudson River neighbor, Jersey City.

No formal "green city" competition exists in this country, at least not yet. But the "Britain in Bloom" contest, sponsored by the Royal Horticultural Society, increasingly focuses on pollinators and other environmental criteria. Along with a certain amount of municipal bombast, it manages to elicit a vast planting effort in British cities and towns year after year.

Maybe it's a fantasy to think anything like that could happen in the United States. But just imagine: Right now, mayors do verbal jousting over meaningless contests between teams that are merely named for wildlife — Chicago Cubs vs. St. Louis Cardinals, Anaheim Ducks vs. San Jose Sharks, Atlanta Hawks vs. Charlotte Bobcats, and so on, through an entire zoo's worth of rivalries.

Photo of birds flying over Manhattan by Vitezslav Valka via Shutterstock

St. Louis businesses use biodiversity to improve their footprint

How to effectively design for a biodiverse, urban future