How to take action on fracking, pollution and chemical policies

How to take action on fracking, pollution and chemical policies

Laws, oversight and guidelines are necessary to ensure we provide solutions to pressing environmental issues. From fracking regulations to carbon-pollution rules to a toxic chemicals act, here are three business policy items the American Sustainable Business Council is working on in conjunction with many other organizations — and information on how you can join the cause.

Last year, several state chambers of commerce wrote to EPA Administrator Gina McCarthy, urging her to leave the federal government out of hydraulic fracturing regulations and allow states to take primary responsibility. They were responding to reports that the EPA might consider implementing federal standards for fracking. While it is true that each state has specific challenges and one set of regulations may not adequately account for them, the absence of national standards poses significant risks to public health and the environment, which in turn can wreak havoc on businesses that depend on healthy communities.

A better approach would be to have the federal government institute minimum federal standards to complement state-level regulations. These baseline standards can ensure that fracking does not adversely affect the people or businesses in these communities, while allowing states leeway to address the specific issues they face. If done well, such regulations will move the industry to develop and adopt sustainable practices.

While fracking has been credited with facilitating an energy boom in the United States, serious concerns remain regarding its effect on public health and the health of local economies. Last year, thousands of complaints were made regarding well-water contamination, many alleging that nearby fracking wells were responsible. In the past, untreated water contaminated with fracking fluids had been released into rivers. All of this puts at risk local businesses, such as food and drink manufacturers and tourist and outdoor businesses, which rely on natural resources.

Learn more about the sustainable business position on fracking.

Find out if fracking is going on near you. 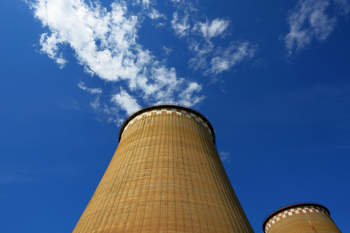 Now an effort is underway in Congress to overturn the proposed standards. Congressman Ed Whitfield (R-Ky.) has a bill, H.R. 3826, slated for markup in the Energy and Power Subcommittee. It would repeal EPA's proposed carbon limits for new power plants, set restrictive rules for determining future standards and essentially prevent EPA from establishing standards for existing power plants.

More roadblocks from Congress will extend the environmental damage from coal and delay the transition to cleaner, renewable energy, already a far better job creator than fossil fuel projects.

Send a comment on the proposed rules to the EPA.

Read a letter to the Energy and Commerce Committee from the American Sustainable Business Council.

Learn more about EPA carbon rules and efforts in the business community to support them.

The Toxic Substances Control Act (TSCA) was passed in 1976 and, unlike other major environmental laws, never has been updated. As a result, tens of thousands of potentially harmful chemicals are used in the marketplace without proper testing and without disclosure by the companies that produce them.

Recently, a group of leading consumer brands and business organizations, led by the American Sustainable Business Council and Seventh Generation, announced the creation of a coalition to ensure Congress modernizes the nation's out-of-date chemical laws, and to counter the narrative that businesses desire a weak reform bill. Founding members of the Companies For Safer Chemicals coalition include Patagonia, Stonyfield Farm, Method, Naturepedic and Annie's.

The coalition members are asking for comprehensive chemical safety reform that would give the public access to information on specific chemicals, allow states to set stronger standards if they wish and provide the EPA authority to take fast action on the chemicals deemed most hazardous.

Because of a lack of data, businesses are often unable to identify the chemicals in their products, what hazards they may pose and whether safer alternatives are on the market. The result is a serious market barrier to the development and use of safer chemicals and products. The EPA's power to regulate chemicals under TSCA is much more limited than it was intended to be. Of 80,000 chemicals currently produced, 62,000 never faced testing under TSCA because they were already on the market in 1976. The EPA has managed to mandate testing on only 200 chemicals because it lacks power to set safety standards and gain sufficient information from manufacturers.

Learn more about the Companies for Safer Chemicals Coalition.

Ask friends and family to sign a letter to Congress.

Oil and gas well photo by Calin Tatu via Shutterstock