State of Green Business: Water rises as a risk factor

For much of the past decade, stories about water as "the new oil" or "the new carbon" have come out at a steady trickle. These days, it's more of a stream. Companies, communities and countries are coming to recognize that "water" is increasingly being paired with the words "crisis" or "risk."

It's not just climate change, although climatic shifts are altering weather patterns and contributing to, if not causing, droughts and floods. It's also the growth of consumption. As hundreds of millions of people climb up the economic ladder, their water use grows. Cooking and personal hygiene may be the least of it. The bigger piece is likely the water it takes to produce the chemicals, materials, food, fuels, energy and other "stuff" associated with middle-class living and overall economic growth.

For some companies, water is becoming a chokepoint — a commodity without which operations are curtailed, or even stopped altogether. These need not be water-intensive companies, like farming or energy production. In many cases, water shortages upstream in a supply chain can wreak havoc — for example, when a power plant lacks cooling water and must shut down electricity production to its customers, or restrictions on mining lead to shortages and higher prices for key metals.

Water is now one of the highest global risks, alongside the economy, unemployment, food shortages and extreme weather patterns, according to the ninth edition of the Global Risk Report, released in early 2014 by the World Economic Forum.

Increasingly, companies are finding themselves competing for water resources with local farmers and households, or may be blamed for water shortages or contamination that they didn't cause, but for which they serve as a handy target. Dealing with these issues strategically and proactively may determine whether a company will sink or swim. 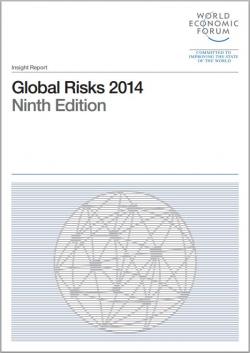 These are among the factors leading companies to view water more as a risk factor that needs to be managed and mitigated.

For perhaps obvious reasons, water experts like to organize things in "buckets." For example, there are three main buckets of water risk, according to Deloitte Consulting's Will Sarni, a leading expert on corporate water strategy:

For consumer-facing companies, that last bucket can be the most tricky. Reputational risk is the most challenging to quantify, but the most impactful because stakeholders can withdraw a company's social license to operate — literally boot them out of town — as some beverage companies experienced in India a few years ago.

Company awareness about water risk also falls into buckets — four, in this case:

• Companies that don't even know about or acknowledge the problem

• Companies that are actively engaged in shaping water policy, investing in water technologies and working with stakeholders

When you put all these buckets together — the various risks and approaches — you find a reservoir of options companies can take: quantifying their direct and indirect water footprint across their value chain, mapping the risks to their operations, identifying high-priority and high-return opportunities for efficiency investments, collaborating with local communities to stabilize and replenish water resources, educating internal and external stakeholders on water issues, and more.

Not long ago, addressing water issues upstream in a supply chain seemed out of companies' influence and control. Today, it's becoming the norm.

Consider Hennes & Mauritz AB, better known as H&M, the Swedish-based retail-clothing company. Recognizing the water-intensity in nearly everything it sells — growing cotton and dyeing textiles, for example — the company designed and implemented a water strategy to change how it manages water, all the way up its supply chain.

The company's program, in partnership with WWF, has four pillars: developing training materials for its design and sourcing teams about water-related impacts of producing various raw materials and fashion styles; identifying opportunities to save water at company-owned facilities; working with local and regional governments, NGOs and other companies to generally improve water management of river basins in China and Bangladesh; and educating customers about the importance of water management.

To offset or not to offset?

Some companies are warming to "water offsets," investments to watersheds to offset water consumption that can't be reduced through efficiency improvements or water reuse or recycling. Offsets are a tool developed in the world of carbon, where companies (or individuals) might plant trees or invest in efficiency measures, sometimes in far off lands, as a means of "neutralizing" the carbon emissions associated with their own activities. Similarly, water offsets aim to create a positive impact to offset a negative one.

Water offsets (like carbon offsets) have a place, but they are a limited strategy — a solution intended for when efficiency and reuse/recycling measures already have been exhausted. As Sarni notes, it should be part of an overall approach to measuring one's footprint, understanding risk, governance, reporting, disclosure and working with a broad range of stakeholders — what water experts refer to as "collective action."

Of course, scarcity and risk drive innovation, and there's a mini-boom taking place in water tech — everything from filtration and desalination to sanitation and efficiency. Some of this is coming from startups — especially in Israel, which has become a kind of Silicon Valley for water — but also from big beverage companies. One growing focus is on data centers, those giant facilities that power websites and telecommunications, which have an unending thirst for water to cool heat-generating servers.

As if often the case, some water-intensive companies view risks as opportunities to show leadership and, if possible, gain competitive advantage. That's the case with many of the world's largest beverage companies, whose lifeblood depends on copious amounts of clean water. Coca-Cola, PepsiCo, Nestle, SABMiller, AB InBev, MillerCoors and others are often at the leading edge of activity.

But not exclusively. Water is the lifeblood of other industries, too. Take mining, another industry whose consumption — and contamination — of water puts it at high risk, especially in the developing countries where mining operations are frequently found. As a 2012 CDP report found:

Water is a critical input in all mining developments and operations, making this sector one of the most water-intensive. This high dependency presents the sector with a variety of challenges. Future business growth depends increasingly on having access to adequate quality and volumes of water; action therefore must be taken to secure these resources. … For these companies, no water means no business.

The report describes how some mining companies are dealing with such risks as water shortages, water contamination, flooding, efficiency mandates, high water prices, even "loss of license to operate." It also reveals how some companies already have calculated the cost of such risks to their net profits. While those losses may seem minimal — a fraction of 1 percent — they're still meaningful when you're talking about billion-dollar enterprises.

Some companies are looking to be "water-neutral," or even "water-positive." For example, Coca-Cola's Replenish initiative aims, by 2020, to "safely return to communities and nature an amount of water equal to what we use in our finished beverages and their production." To meet that goal, the company has engaged in nearly 500 projects and partnerships to protect or improve watersheds, increase access to clean water and raise awareness about water issues. The company estimates that its efforts have improved water access and sanitation for more than 1.8 million people.

It's a exemplar program, although still a drop in the bucket when you consider that more than 1 billion people don't have access to safe drinking water and roughly 2.6 billion don't have adequate sanitation. One company, even a global beverage giant, can't do it alone.

Water photo by Jag_cz via Shutterstock

How companies are coping with water risks

Coca-Cola and Unilever dive into water as a human right

Coca-Cola and its bottlers 'replenish' all the water they use