Materiality assessments: What would James Bond do?

Materiality assessments: What would James Bond do?

In many ways, 2013 was the year of the materiality refresh, as companies sought to interpret and apply the various definitions provided by Global Reporting Initiative's G4 guidelines, the International Integrated Reporting Committee (IIRC) and SASB, among others.

As I returned to work following the holidays, during which I watched my annual quota of James Bond films, I started to think about a typology of materiality exercises as embodied by the leading men who have played the legendary character over the years.

First, we have the Sean Connery — a classic but perhaps outdated model. When people think about Bond, they hear Connery's gravelly accent and conjure an image of his confident smirk. But is it time to move on? His gadgets seem outdated and his quips belong to a bygone era. Is the same true of the "classic" corporate-level materiality exercise, where issues are depicted in a two-by-two chart according to their importance to stakeholders and influence on business success?

As my colleague Dunstan Allison-Hope and I argued in a recent article on the "materiality muddle," there is room for innovation in how companies interpret guidance on materiality provided by the G4 and the IIRC, and also in how they account for both the disruptive potential of an issue and the company's ability to influence it over time. Such an approach could lead to greater insights on how to effectively manage a company's material issues.

But beware of the call to innovate. Otherwise, you might end up with the George Lazenby — a new model that is quickly rejected because it fails to measure up to the classic. Does anyone even remember Lazenby? He's the Australian who played Bond only once and who was unceremoniously discarded in favor of Roger Moore's eyebrow acting.

Companies have innovated with materiality processes in the past, and some of these experiments — such as regional-level materiality assessments — have been produced at great cost before the company discovered that these new models did not yield the anticipated insights and benefits to the business. While regional-level assessments can be useful, they sometimes attempt to cover too much territory (like the entirety of Asia) and sacrifice depth at the expense of breadth. 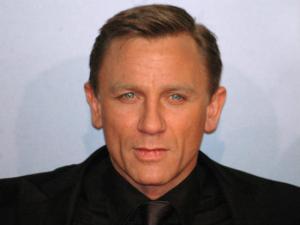 To ensure longevity, the preferred materiality model has depth, real substance — muscle, one might say. Which leads us to our final materiality model, Daniel Craig — a crowd-pleaser who also provides substance. Craig has been described as more brawn than brain and "blond, not Bond" by some of his detractors. But in my mind, he's exactly what's needed to ensure that Bond lives on. He's had a solid showing at the box office and people seem to be warming to him, mainly because he brings a certain robustness that his predecessor, Pierce Brosnan, did not have.

Increasingly, senior executives are asking about the statistical robustness of the materiality assessments presented to them, and sustainability teams are undertaking assessments underpinned by a rigorous survey methodology.

The future of materiality — and the future of Bond — certainly will encompass more than my holiday musings about the connections between CSR and this famous fictional account of the British Secret Service. But as you start planning for your company's materiality exercises in 2014, it might be worth considering what Bond would do.

This story first appeared at The Business of a Better World. Photo of Sean Connery as James Bond in Dr. No via Wikimedia Commons.

How to navigate the maze of materiality definitions

Dan Hendrix: The Future of Interface is Bright & Greener than Ever