Have you heard the phrase “net zero” enough? As more buildings incorporate energy efficiency and renewables to generate as much energy as they consume over the course of a year, net zero is becoming sort of passé.

“Life doesn’t do zero. We shouldn’t have as our end point some point that doesn’t do anything. We need to be regenerative and have a net positive affect on life,” said Jason McLennan, founder of the Living Building Challenge, a process for certifying both net zero and regenerative buildings, or “Living Buildings” that actually generate more energy over the course of a year than they consume. Living Buildings also have a minimum net zero waste and water requirement.

The Challenge is administered by the International Living Future Institute, which grew out of the U.S. Green Building Council’s office in the Cascadia region of the Pacific Northwest. Living Future ventured down south to San Francisco last week to host a Net Positive Energy+Water conference.

Net zero energy has become a palpable trend and sustainable design appears to be moving to a more user-friendly, democratic, hip paradigm that belongs to the tech economy. However, water has a way to go, McLennan told the group, which consisted largely of California architects, engineers and energy policy pros who have been part of that shift. 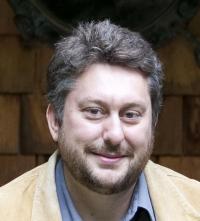 “Could you imagine a few years ago that you would go into an Apple store to buy a thermostat?” McLennan asked. He was referencing the Nest thermostat you can control with your iPhone or iPad — the hip factor of which went up even more when Google announced its Nest Labs purchase in January.

"I want to go down to the Apple Store to buy a toilet," he added, suggesting it be called the "iPoo."

"It’s going to take some Silicon Valley design team to partner with our institute to make a hip composting toilet," McLennan predicted.

The Living Future Institute is headquartered in the Seattle Bullitt Center — which captures, treats and reuses all water on site, incorporating rainwater catchment, greywater recycling and a blackwater system that operates via composting toilets. That's one of a handful of buildings that can claim net-zero status in terms of water.

The barriers to reaching net zero water include regulations, technology, finances and culture, according to Stacia Miller, the Cascadia Green Building Council’s policy and advocacy manager.

Rainwater for drinking and recycled wastewater for non-potable uses scares some people, especially health departments, and regulations often prohibit it or make it very costly with testing requirements, she said. And unlike energy, water is cheap, providing very little financial incentives to save water.

"But, there is a nexus between water and energy,” McLennan told this crowd of energy geeks. For example, 20 percent of electricity and 30 percent of natural gas  is used to move water and waste around nationwide.

Water is heavy, weighing in at eight pounds a gallon, according Heather Cooley, co-director of the Water Program at Pacific Institute in Oakland. That’s why it requires so much energy to move it. We also use energy to treat, heat and pump water up high-rises. As a result, we emit 45 million tons of greenhouse gas emissions a year from moving water and waste, Cooley said.

Climate change is not just caused by greenhouse gases. “When you cut down the rainforest, the rain goes away. There’s a natural co-dependence,” said Maude Barlow, a water activist. 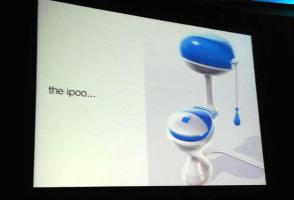 If you remove water, then you remove vegetation, she added. And this removes rain, which is attracted by vegetation, which warms the climate. On the board of directors for Food and Water Watch, Barlow is largely responsible for having clean water declared a human right by the United Nations in 2009. Her new book "Blue Future" goes into detail about the impending global water crisis and the need for a new water ethic.

The San Francisco Public Utilities Commission is working to cross these boundaries. It is implementing a California ordinance to streamline the permitting process for non-potable water reuse and decentralized wastewater treatment onsite. The SFPUC headquarters building, which opened in July 2012, is itself an example of decentralizing water treatment, incorporating a rainwater catchment system, greywater reuse and a Living Machine, a wetlands system that treats blackwater onsite. And perhaps McLennan’s hipster paradigm for water is on the way; all the systems are computerized and show up on a monitor in the mechanical room with friendly icons, and engineers in the building can control the system with their iPhones.

The SFPUC forced the changes of a number of regulations when it built the system, paving the way for others. Thirteen onsite wastewater treatment projects are part of building developments in the Bay Area taking advantage of the new permitting. The SFPUC is also offering a non-potable water grant program that offers between $250 to $500,000 for large projects that treat water onsite, or are part of a district sharing of recycled water for adjacent parcels.

Top image of water by Constant via Shutterstock