It may sound easy at first: Simply ensure that the metals within your brand's electronics are conflict-free. In other words, make sure that none of your gold, tantalum, tin or tungsten is sourced from mines that fund armed conflict in or around the Democratic Republic of Congo.

That's the latest directive in a continuing string of environmental-and-worker-responsibility supply-chain requirements from regulators, customers and — in the case of conflict minerals so far — the U.S. Securities and Exchange Commission.

If you're tasked with meeting this requirement, your initial response might be, "OK, give me the names of these conflict mines and we'll buy the minerals elsewhere."

Not so easy after all

That's why, when I first heard about efforts by the Conflict-Free Sourcing Initiative (CFSI) to certify smelters as "conflict mineral-free," I thought the approach was brilliantly efficient.

This would address a common "pinch-point" —  that there are only a couple of hundred smelters through which the four conflict minerals coalesce, from a multitude of mines. And that's before the minerals are distributed out to myriad supply-chain players via materials, components, manufacturers and distributors.

It has been a sluggish and confusing journey for electronics companies to comply with the 2010 Dodd-Frank Act's Conflict Minerals requirement. Yet I foresaw some relief when the Electronics Industry Citizenship Coalition (EICC) recently announced that the CFSI had validated conflict-free smelters or refiners of all four conflict minerals for the first time in its five-year history. 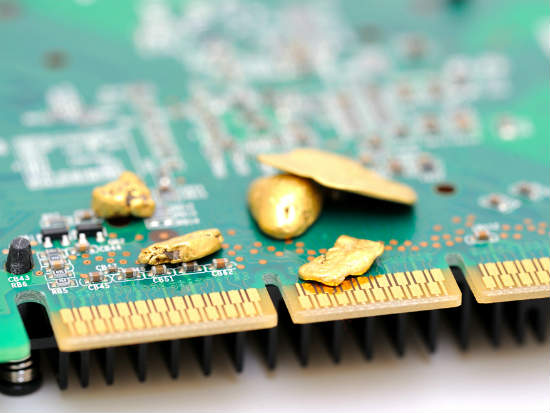 In fact, I thought it natural that the CFSI's efficient approach would swiftly be adopted by every electronics company struggling to ferret out whether their suppliers' suppliers' suppliers were purchasing minerals from militia-run mines in the Congo that fuel not only the electronics industry, but also murder, rape, slavery and the conscription of child soldiers.

But why have only a relatively few companies — 150 as of this writing — taken full advantage of CFSI's approach? Why are thousands of electronics companies instead scrambling to elicit and manage conflict minerals data in time for the May 31 reporting deadline  —  frantically and inefficiently asking thousands of suppliers about conflict minerals content, or worse yet, stuck in denial about the need to act?

Who is out in front?

Ericsson and Flextronics are two of the 150 companies that formally support the CFSI's pinch-point program.

Ericsson expresses on its website why it leverages the CFSI's approach: "The supply chains of these minerals are long and complex. Smelters are identified as a pinch-point in the supply chain and we support the development of the CFSI program developed by the EICC and the Global e-Sustainability Initiative (GeSI)."

"The CFSI announcement is a milestone for sure, but there's so much work to be done and a lot of companies are deep into the preparation of their year-one reports," said Bruce Klafter, Flextronics senior director of environment health and safety.

Klafter served on the EICC board of directors. He is the one who in early 2012 explained to me EICC's smart "pinch-point" approach — implementing smelter and due diligence programs to verify conflict-free minerals all the way to end products.

At the Consumer Electronics Show in January, Intel CEO Brian Krzanich promised that every Intel microprocessor will be conflict-free. Intel manufactures the world's first microprocessors validated as conflict-free for gold, tantalum, tin and tungsten.

"Only the semiconductor companies seem to have a shot a declaring products conflict-free, because the number of components on a CPU are limited —  hence Intel's announcement," added Klafter of Flextronics. "I expect momentum to pick up, but it's very dynamic."

Intel defines 'conflict-free' products "as those manufactured with metals from smelters that have been validated by the EICC and GeSI CFS program, or other country of origin determination and due diligence, to be 'DRC conflict free,' as that term is used in law." 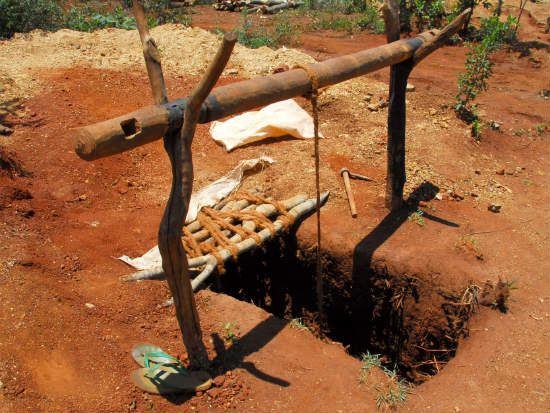 Why not further progress?

To better understand why more companies are not further along on the road to conflict-free supply chains, I talked with Julie Schindall, EICC's director of communications and stakeholder engagement.

The smelter audit and validation approach makes practical sense. What objections, obstacles or misunderstandings does she see around it?

"Broadly, people need to be aware that this resource is there for them," Schindall said. "The CFSI began more than five years ago (before Dodd-Frank) when a handful of companies from the EICC and GeSI sought confidence in sourcing conflict-free minerals for their supply chains. Since Dodd-Frank was passed, the program has grown exponentially to many companies."

Could there be further action by the SEC, other regional regulators or multilateral institutions affecting electronics supply chains or design or manufacturing?

"Governments are assessing the role of regulations and legislation on supply chains," Schindall said. "For example, India’s CSR legislation, California’s anti-slavery law and consideration of conflict minerals legislation in the E.U., U.N., African Union, etc.  And, no one knows what the U.S. SEC will do next in this regard."

What does the EICC most want the industry to know concerning the CFSI's progress and getting on board?

"Our conflict minerals reporting template is very widely used, and by the end of the first quarter of 2014, we hope to harmonize our approach with that of the IPC," Schinall said. "The CFSI program is a leader; the members have dedicated much time and we’re proud of the hard work. We’re by no means there but have come a long way. We list 70 compliant smelters and refiners, and are adding more and more nearly every week. To get further, we need more companies to join us."

How to make your supply chain more responsible

Not every executive realizes that economic, socio-political and environmental drivers are only further forcing product designers and producers to systemically track their products’ substances and the origin of those substances — as Intel's CEO must know.

So, to every tech executive running the company’s supply chains and environmental and social responsibility efforts: Take a proactive position on your compliance and beyond-compliance competitive advantages    — covering RoHS, WEEE, REACH, conflict minerals, rare earth minerals and Design-for-Environment. Set a vision and appropriate budget. Create sufficient and well-designed internal organizations that holistically manage supply-chain compliance and beyond. Finally, reward successes at least as well as you do for other strategic risk-reduction and competitive objectives.

Leveraging CFSI’s pinch-point approach for conflict minerals is a component of this critical strategy.

Note after press time: Hopeful news broke the day this article was published: Apple listed its contract manufacturing suppliers by product and country, as it has done before. But for the first time it also publicly listed its supply chain's smelters according to their "Conflict-Free" status. Far better would have been Apple's elimination of conflict minerals from its products, but at least Apple's announcement will encourage more companies and consumers to demand visibility of conflict minerals and their eradication.

Smelter image by mady70 via Shutterstock.

Conflict-Free Smelter Program Gets an Update as Legislation Lags

Motorola Seeks a Conflict-Free Electronics Supply Chain in the DRC