Partnerships: Strange bedfellows or matches made in heaven?

Partnerships: Strange bedfellows or matches made in heaven?

NGOs cozying up with once-sworn corporate enemies. Disruptive startups partnering with the very businesses they threaten to displace. It seems every week we hear about strategic partnerships that defy conventional matchmaking wisdom.

Yet these unlikely unions are becoming the path to progress on diverse challenges ranging from fighting deforestation to building more sustainable supply chains to scaling green products innovation.

Consider the complex network of relationships that will be required to pull off McDonald's newfound commitment to sourcing sustainable beef or to craft and deliver on Asia Pulp & Paper's 2013 vow to help conserve roughly 6.6 million acres of vital Indonesian and Chinese forest resources.

To be successful, partnerships of this nature require courage, shared risk, well-defined objectives and patience, common refrains sounded during several sessions on the second day of the 2014 GreenBiz Forum in Phoenix, Ariz.

"We didn't come up with this policy in one night or one week; it took many years," said Aida Greenbury, managing director of sustainability and stakeholder engagement for Asia Pulp & Paper, referring to the company's uneasy relationship with Greenpeace in the months leading to its historic deforestation decision. "We heard them and their demands, and we thought their demands were ridiculous. … But we also thought we could learn something."

Figure out how to listen

Contrary to public perception and past practice, most NGOs share the rather pragmatic view that businesses could be useful allies in stimulating change and they are much more willing to engage in mutually beneficial programs. (For a sense of which ones are most effective, consult the new GreenBiz NGO ratings.)

But don't expect to buy their favor: Most NGOs stop short of accepting money from businesses and still receive the majority of their donations from individual donors who share their values.

"The [Environmental Defense Fund] is all about finding ways that work, to create real results," said Elizabeth Sturcken, managing director of EDF, contrasting this policy with the organization's past history of lawsuits. One vivid illustration is the organization's long-standing — and sometimes controversial — relationship with Walmart, which has resulted in progress on greenhouse gas emissions reductions, toxic chemicals phaseouts and clean energy investments.

Likewise, Greenpeace would far prefer to motivate action through dialogue, even though some businesses might be afraid to take the phone call. "We don't go straight to banners, we'll talk to you first. … We don't have any permanent friends or any permanent enemies," said Phil Radford, executive director of Greenpeace, who will be leaving the NGO in April.

In the case of Asia Pulp & Paper, it took the participation of another organization, The Forest Trust, to bridge the divide and translate some of Greenpeace's suggestions into practical operational strategies. "We found it more effective to work with a few stakeholders," Greenbury said. 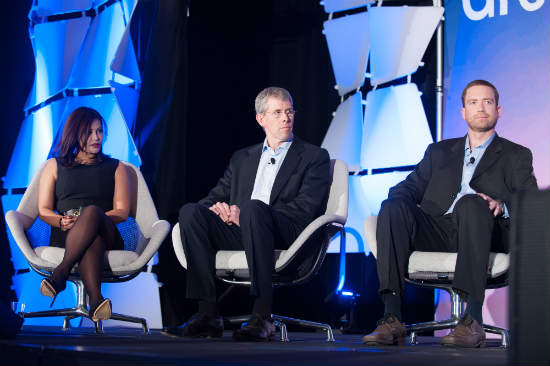 It took 12 months of work just to define the strategy before the real work began, with Forest Trust dedicating close to 40 people to helping Asia Pulp & Paper build the capacity to address its commitment in the field. Even then, Greenbury admitted, her company underestimated the resistance it faced from those affected by its decision including local communities, landholders who abutted the forests it is trying to protect, and even the government, which summoned her team to question the economic viability of the strategy.

"So far we have been successful, but every day we have to monitor the progress," Greenbury said. "... We need other actors to do the same."

What is success? Regardless of how we might grade any given NGO-corporate partnership in hindsight, much can be learned from the failures, EDF's Sturcken noted.

As an example, she cited an extensive project EDF worked on with Starbucks to help define the parameters for more eco-friendly paper cups. Unfortunately, the well-meaning design teams for both sides failed to take into account the pushback their new approach would encounter from the coffee company's powerful cup supplier, which thwarted the idea.

So, EDF and Starbucks went back to square one and developed the brown, slip-on sleeve that Starbucks cafés use to protect your hand from hot beverages. In so doing, it delivered on its original goal of discouraging baristas from handing out drinks in double cups. "This was a good partnership. Don't be afraid to fall because you may still achieve your objective," Sturcken said.

There's a similar lesson to be learned in the five-year partnership between Dow Chemical and The Nature Conservancy (TNC), announced back in early 2011. Part of the commitment involves helping Dow place a value on the impact that its facilities have around the world, when it comes to green infrastructure or natural capital. "Sustainable development is a team effort," said Neil Hawkins, corporate vice president of sustainability for Dow.

The relationship has come into play for its decades-old plant in Freeport, Texas, where Dow has been considering an investment in scrubbers to comply with emissions regulations and accommodate and expansion. But Dow's analysis with TNC suggests that there may be another way to offset its impact: by reforesting areas not just in the local community but as far away as Houston.

This idea must pass muster with regulatory bodies, but the idea might not have been floated without TNC's perspective. "Dow saves money, we don't have scrubbers, it's great for the ecosystem," said Mark Tercek, president and CEO of the NGO. 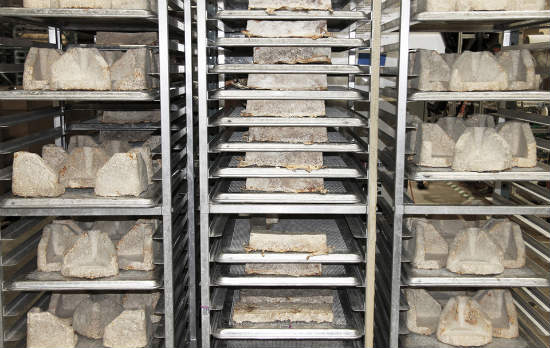 Any collaboration — whether it's between NGOs and businesses, or any other two entities — requires a well-defined framework to really deliver, said Alisa Gravitz, executive director of Green America, which is behind the GMO Inside campaign to remove genetically modified organisms from food. "It's about setting milestones and making sure there is delivery over time," she said.

Consider the unlikely collaboration between Ecovative, the New York startup that makes mushroom-based packaging that has been embraced by the likes of Dell and Steelcase, and Sealed Air, inventor of Bubble Wrap.

On the face of it, the two really should be rivals, as Ecovative seeks to disrupt the way that companies protect everything from electronics to office furniture during transport while reducing their impact.

Ecovative co-founder and CEO Eben Bayer approached a Sealed Air executive during a "serendipitous" encounter at a trade show. "The more success we had, the more it made sense for us to have a partner," he said.

Ultimately, the two struck a licensing deal under which Sealed Air has dedicated a production facility that will enable Ecovative to scale more quickly. For the smaller company, the arrangement facilitates a smoother entrance into the complicated distribution network for packaging materials. For Sealed Air, the opportunity is to innovate more quickly than might have been possible. "It allows us to expand our business, where our folks are going," said Tim McInerney, sustainable solutions business manager for Sealed Air.

Both sides carry risk: Ecovative's team had to give up a degree of independence that was uncomfortable for some of its staff, while Sealed Air's production investment will become a challenge if the mushroom packaging doesn't sell. Both will benefit if sales take off.

"The heart of a partnership like this is that you divide up the pie," Bayer said.

Sure, maybe Sealed Air gets a bigger piece of the pie than his company, but the reward is likely to be larger than if the two organizations chose to address this opportunity separately.

Top image of bed by Bairachnyi Dmitry via Shutterstock

How Asia Pulp & Paper learned to put down the chainsaw