In its recently published 2014 Proxy Resolutions and Voting Guide, the Interfaith Center on Corporate Responsibility (ICCR) noted that "it is common for a wide variety of resolutions to cite human rights risks."

"Sustainable palm oil sourcing resolutions which include references to trafficking and slavery violations within the palm oil supply chain are treated as environmental resolutions," ICCR continued.

An example of human rights concerns embedded in shareowner action on climate change can be found in a resolution filed this year by Green Century Capital Management, requesting that Kellogg's, one of the world's largest food processing companies, commit to sourcing only deforestation-free palm oil.

"Globally, millions of acres of rainforest are burned down every year to make room for palm oil plantations," Green Century states. "This not only destroys part of an already-stressed ecosystem and reduces habitat, but also releases massive quantities of carbon dioxide stored in the trees and soil. Palm oil is the most widely used vegetable oil, present in everything from cookies to shampoo."

Green Century announced this week that it has withdrawn the resolution after Kellogg's agreed to source only deforestation-free palm oil, with a target date to do so of Dec. 31, 2015. Kellogg's agreement, by which it will adhere to the following three principles, includes a commitment to human rights:

1. No deforestation: Suppliers must protect forests, endangered species habitat, lands with high carbon content and peatland of any depth, going beyond the inadequate requirements of current roundtable-derived standards.

2. No exploitation: Suppliers are required to protect human and community rights, including land tenure rights and obtaining free, prior and informed consent from communities to all development on their lands.

3. Traceability: Kellogg's is working with suppliers to achieve full traceability of its palm oil back to known plantation sources. 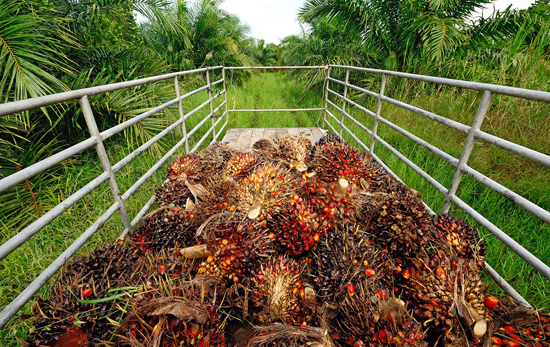 "Kellogg's commitment to verifying that the palm oil it uses is not linked to illegal and high risk deforestation provides critical protection for both shareholders and the environment," said Leslie Samuelrich, president of Green Century. "By directly engaging its suppliers to tackle the urgent issue of rainforest destruction, Kellogg's will ensure that its values and reputation as a socially responsible company are upheld throughout its supply chain."

"As a socially responsible company, traceable, transparent sourcing of palm oil is an important concern, and we are collaborating with our suppliers to make sure the palm oil we use is not associated with deforestation, climate change or the violation of human rights," said Diane Holdorf of Kellogg's.

Lucia von Reusner, shareholder advocate at Green Century, commended Kellogg's for its "aggressive timeline"; yet, according to the 2013 Palm Oil Buyers Scorecard from WWF Global, "There are no excuses for any company not to be using 100 percent sustainable palm oil right now."