Bhutan has partnered with Nissan to roll out electric cars across the isolated mountain kingdom.

The country aims to become a zero emission nation and envisages the capital, Thimphu, as a "clean electric" city in which transportation for its 100,000 citizens is powered by clean energy.

Under the terms of the cooperation deal, Nissan will supply all electric Leaf models to replace conventional vehicles in government and taxi fleets in Thimphu, as well as demonstration cars ahead of a national rollout of electric vehicles (EVs). In addition, the auto giant will install quick charging points across the country to support the new fleet.

The Royal Government of Bhutan also will consider exempting EVs from certain taxes and implementing a carbon credit scheme where the sale of EVs will earn credits that can be traded for tax exemptions for imported internal combustion engine-powered (ICE) vehicles. 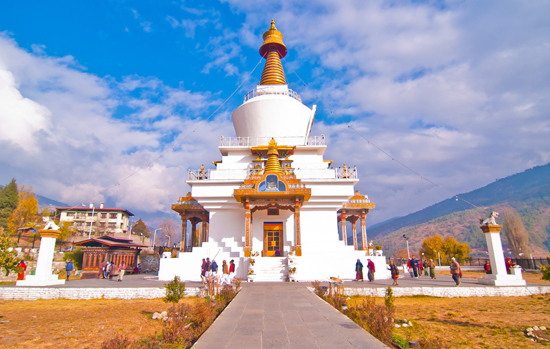 "As the world's leader in zero emissions and the maker of the best-selling electric vehicle, the Nissan Leaf, we believe in and will support Bhutan's breakthrough vision of its future transportation," Ghosn said in a statement.

"We will also use the opportunity of supplying the Nissan Leaf and our quick chargers to Bhutan to demonstrate how our electric vehicle business can be scaled in emerging markets that are rich in clean energy."

The Leaf has shifted more than 100,000 units since late 2010 and currently holds around 45 percent of the global EV market. Nissan regards the public sector as a potentially significant source of sales for its electric models and has agreements with more than 100 nations, states and cities globally to promote electric cars.

Solar suburbs: The future is now