Some view incumbent utility companies as dinosaurs, unable or unwilling to keep up with the disruptive forces of distributed solar and other emerging technologies.

Opower CEO Dan Yates doesn't see it that way. Yes, utilities are, on the whole, playing defense, but once regulations are reformed, they will be well positioned to take advantage of solar, distributed storage and a world where consumers have more control over how they spend money on energy.

"This talk of doom and gloom around utilities is a load of hogwash," said Yates. "You'll see some disruptive entrants but the industry is so big and powerful, and utilities are not stupid so they are well positioned in this evolution."

Yates sells software to utilites so he has a clear interest in a financially vibrant industry. But that also gives him a good view into the utilities that have invested in technology and changed their business models. Opower, which reportedly has filed to go public, is one of the few energy startups that successfully has sold products to utilities. Its energy efficiency software is used by 93 utilities in 35 states, and it's expanding in Asia and Europe. 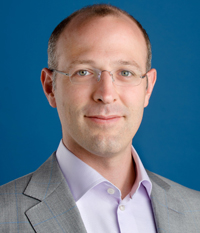 On Thursday, it released Opower 5: Flex, the latest version of its enterprise software that utilities use to generate customized energy efficiency reports, run demand response programs and communicate with their customers. It's a tool that monopoly utilities can use to transition from treating customers as ratepayers to more active consumers with the ability to do things that weren't possible a few years ago, such as switch providers, go solar for little cost and demand cleaner energy, said Yates. "Utilities are significantly increasing their ability to communicate with their customers and they're beginning to see it as strategic," he said.

Opower made its name with its energy efficiency reports that compare one household's efficiency to neighbors', a method shown to be effective in motivating people to be more energy efficient. With the new platform, utilities can better segment customers based on an analysis of multiple data sources, including overall energy usage, smart meter data that shows hourly consumption rates and demographic information. The enhancements are designed to help utilities engage more with customers and potentially move beyond efficiency reports.

For example, utilities could use the software to offer distributed solar to consumers that may be interested in installing solar. About half of the cost of getting residential solar panels is the money installers spend on sales and marketing so, in theory, utilities could do better, Yates said.

"That's the kind of thing where there is a role for utilities because they have both the data and the customer relationship," he said. The latest version of the company's software also allows utilities to customize their customer portals and quickly develop new applications, he said.

Under the hood is a Big Data analytics platform that can analyze smart meter and thermostat data from tens of millions of homes to run targeted demand response programs. Utility Baltimore Gas and Electric last year began using the software to send personalized emails and text messages to ask consumers to lower power usage during peak hours and participate in programs, such as rebates for programmable thermostats and efficient appliances.

Demand response is another area where utilities could face more competition from outside companies. Google, for example, acquired home automation company Nest, which makes a smart thermostat already used for demand response, where consumers agree to adjust air conditioning settings during very hot days when the grid is maxed out and power is very expensive.

Yates doesn't expect Google to work through utilities so he doesn't see it as a competitor. But he said the acquisition was a wake-up call.

"It's a clear reminder," he said, "that the non-utility world is moving quickly and doing stuff, and utilities can't stand still." 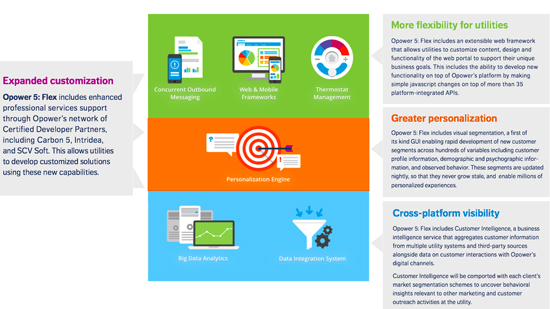 The Power of Peer Pressure in Combatting Climate Change

Honeywell and Opower team up on smart energy