"Imagine profitable businesses, like flourishing trees, being good for everyone and everything." These are the words of Wendy Schmidt, founding board chair of the Cradle to Cradle (C2C) Products Innovation Institute. Here, we seek to guide industries in transitioning their products and manufacturing to participate and profit in a new industrial revolution.

The institute connects our trained consulting organizations with companies that are committed to innovate, aspiring to create a business model that is positive for the planet, people and bottom line. C2C then certifies these products at one of five award levels — Basic, Bronze, Silver, Gold or Platinum — depending on how well the product addresses material health, material reuse, renewable energy use, water stewardship and social fairness.

Last year, we collected Cradle to Cradle product innovation stories (PDF) from companies that have C2C-certified products. We were inspired by what we heard, and have shared some of their stories below.

1. Designtex: A fabric that helps strawberries grow, with production methods that clean water

There is more concern lately about fashion and its impact on human health, the environment and workers. Susan Lyons of the New York-based design firm Designtex was ahead of the curve. In 1993, she decided to develop a collection of ecological fabrics. At that time, no one knew exactly what a "green" fabric should be.

A partnership then emerged among Designtex; William McDonough and his colleague, Michael Braungart; and the Swiss textile mill Rohner to develop upholstery with remnants that would not be considered hazardous waste. Braungart analyzed more than 8,000 chemical formulations commonly used in textile production, then selected a mere 38 that he deemed safe for human and environmental health.

These were the dyes and process chemicals allowed to be used in the production of Climatex upholstery. According to Designtex, optimizing this chemistry changed the mill's water release, which became cleaner than the incoming water. By producing new fabrics designed to decompose safely, the mill saved scraps and turned them into felt, avoiding costly disposal fees. Local strawberry farmers used this felt as ground cover for their crops. Designtex has expanded its Climatex offering to some 20 styles and Climatex was awarded Gold level C2C certification.

2. gDiapers: A compostable diaper meant to benefit babies and the planet

According to gDiapers, other "eco" diapers have compostable parts or use natural dyes, but still contain polypropylene or polyethylene plastic. These plastics persist in the environment long after disposal, with no ability to break down and rejoin the ecological cycle. 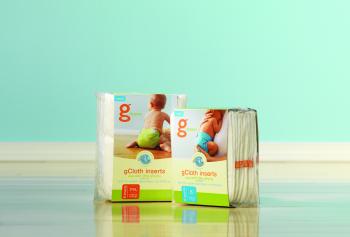 gDiapers inserts are more than 75 percent cellulose-based. They fit into colorful, reusable gPants to make a system that is part disposable, part reusable. The wet disposable inserts are meant to break down within home compost in three months.

According to gDiapers, "becoming Cradle to Cradle certified had a reverberating impact on gDiapers' production partners." Its manufacturer, a much larger business than gDiapers, switched to 100 percent renewable energy. The product is rated C2C Silver.

3. Replenish: "Creating a win-win-win-win for consumers, manufacturers, retailers and our environment"

While ironing his shirts one day, Jason Foster was struck by a bolt of creativity. He imagined designing a new kind of bottle, with a reusable upper bottle attached to a replaceable concentrate refill pod. The intent of this radical design? To usher in a new era of "easy to mix with water" cleaning concentrates that are affordable, convenient and dramatically less wasteful.

According to Replenish, "The single-use mindset costs consumers hundreds of millions of dollars in wasted energy and plastic spent on transporting and packaging water that could easily be added at home instead of in the factory." However, consumers historically have avoided concentrates because they aren't that easy to use.

To create the Replenish Refillable Bottle System, Foster worked with experts to develop a new manufacturing approach and to find materials durable enough for many cycles of reuse. With help from the originators of the certification program, McDonough Braungart Design Chemistry (MBDC), Foster created and branded a 99 percent plant-derived, nontoxic and pH-neutral multi-surface cleaner and sold it using Replenish's Refillable Bottle system. The strategy was successful and Replenish announced its award of C2C gold certification in 2011.

IceStone says it has been a leading manufacturer of sustainable durable surfaces since 2003, with products made of 100 percent recycled glass, Portland cement and non-toxic pigments and received C2C Silver certification in 2003. Although IceStone had been engineered without harmful resins or petrochemicals, pigments containing trace amounts of chromium and cadium — known carcinogens — were used in some product recipes. 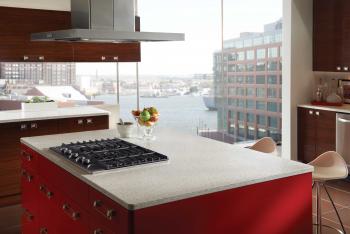 Less than one year after receiving its certification, IceStone's R&D team set out to continue to eliminate these problematic chemicals from the product. It worked with pigment suppliers to find inorganic options that would create a similar hue and color. Once it identified these new pigments, it worked with MBDC to ensure it would meet C2C Gold-level material health criteria. This R&D process took about three months.

In 2008, IceStone installed a large-capacity water recycling system in its facility, which it says has saved several million gallons of fresh water each year.

We see this community of forward-thinking companies as creating the next industrial revolution — one in which we produce products that provide a healthier planet for all species.

For more examples, check out our "50 days of Innovation" campaign. The institute is also accepting applications to join the revisions process advisory group for version 4.0 of the certification standard.

At Replenish, Opting for New Designs Over Improving Old Ones