There is compelling evidence that the market rewards companies that make incremental progress in reducing greenhouse gas emissions or meeting other environmental goals. More comprehensive strategies that integrate sustainability into the core of a company's business model, however, may have greater potential to generate long-term value for shareholders by enabling breakthrough innovations in products and processes.

In a recent report, IW Financial compared the results of several studies to evaluate the importance of scope in determining the outcome of sustainability strategies. We found that investors face the dilemma of quantifying companies' extra-financial factors, such as corporate reputation and resiliency in the face of climate change. These factors make up an astonishing proportion of companies' value. Conventional assets, such as cash, securities, equipment and real estate, now make up less than 20 percent of a company's value on average, with these "intangible factors" accounting for the rest, according to the International Integrated Reporting Committee.

The challenging nature of quantifying extra-financial factors makes it difficult to determine which type of results are likely to stem from a company's sustainability initiatives. After all, any company can pronounce a commitment to environmental responsibility and release green marketing materials. But to separate the PR spin from the serious sustainability strategies, stakeholders need to ask themselves a key question:

How do sustainability initiatives fit into the corporate governance structure?

If a company's sustainability initiatives are driven solely by the personal interests of current executives and their relationships with other decision makers, the program always will be at risk of disintegrating in response to turnover or changing priorities. Even if the company is able to make meaningful progress on environmental goals in the short term, establishing a true sustainability strategy requires an institutional commitment. This commitment requires a formal governance structure that will sustain and strengthen corporate environmental policies and programs over the long term.

Using its proprietary ESG research, IW Financial examined the growth of corporate sustainability governance structures among companies in the S&P 500 and Russell 3000 during the last five years. Our findings indicate that a growing number of companies are taking an enterprise-level approach to sustainability and establishing dedicated governance structures to guide relevant initiatives, with boards of directors and senior executives being assigned responsibility for oversight and implementation in greater numbers. Organizations are also increasing their commitment to auditing sustainability initiatives to ensure accountability.

It is worth noting that corporations' commitment to sustainability seemed to waver in the aftermath of the recession, with only modest growth of sustainability governance structures. However, as the economic recovery has gained traction, companies have started to expand these structures at a more rapid pace. 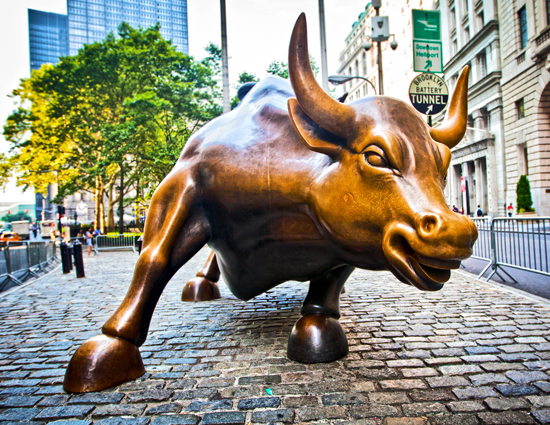 Oversight and auditing on the rise for corporate environmental policies

In 2011, companies in the S&P 500 showed modest progress, with 58 percent holding enterprise environmental policies. In the Russell 3000, that figure dropped to about 10 percent. However, governance improved across both indexes, with board and senior executive involvement rising to almost 8 percent and 13 percent, respectively, in the S&P 500. Both figures approached 3 percent in the Russell 3000. Auditing levels essentially were unchanged.

Climate change policies lag behind, but are gaining traction

Corporations have been more restrained in their commitments to taking specific action on climate change. Slightly more than 10 percent of the S&P 500 and only about 2 percent of the Russell 3000 maintained enterprise-level policies on the subject in 2009, with board responsibility below 1 percent for both indexes.

These factors were chosen because they are viewed as key indicators of the depth of companies' commitment to sustainability. Without an enterprise-level approach and support from top decision makers, sustainability initiatives are unlikely to achieve the reach across an organization's core functions needed to have a substantial impact on its long-term performance.

Many other factors can affect the success of corporate sustainability initiatives. For instance, a previous report from IW Financial explored the idea that engaging employees in sustainability programs can have game-changing effects on not only a company's ESG performance, but also its profitability and share value.

With intangible assets such as corporate reputation and sustainability accounting for an increasingly large share of companies' overall market value, the importance of a well governed sustainability strategy will continue to rise. In this environment, stakeholders can benefit from being able to compare specific companies' performance on different ESG metrics with relevant benchmarks.

Why carbon emissions are material for transportation companies

Board sustainability governance: a watershed year?