It's time to get specific about the word "fragrance." A product's "fragrance" can be made up of 100 chemicals, and the specific chemicals aren't disclosed to consumers because they're currently protected as trade secrets.

But the issue of fragrance disclosure — or lack thereof — has come under increasing public scrutiny in the last few years by sophisticated consumers concerned about chemicals exposure from household products. While several alternative and "green" companies have begun listing the ingredients in their fragrances in response to this demand, there remains a lack of leadership from mainstream cleaning companies in this arena.

Let's not underestimate the importance of fragrance ingredient information to consumers. Women's Voices for the Earth's 2013 scientific literature review, Secret Scents (PDF), reported that millions of Americans are affected by skin allergies linked to undisclosed components in fragrance. Women are much more likely to be affected than men, and rates among children have skyrocketed in recent decades. Serious health problems linked to fragrance range from neurological symptoms and immune system effects to breathing problems and more. One U.K. study of 14,000 pregnant women showed a link between the use of air fresheners and aerosol sprays and an increase in headaches and depression in the mothers, as well as ear infections and diarrhea in their babies. Common ingredients in fragrance include hormone disruptors such as phthalates (linked to a series of reproductive abnormalities in baby boys) and synthetic musks (persistent, bioaccumulative and showing up in blood and breast milk).

Consumers increasingly assert that they have the right to know what's in the products they're using to clean their homes. In fact, last year an industry-sponsored study, "Thinking Consumption: Consumers and the Future of Sustainability," found that consumers ranked ingredient transparency among the most important issues for brands.

In response to this demand for transparency, smaller companies — including Ecostore, CleanWell, The Honest Company, Seventh Generation and several others — already have begun disclosing all ingredients in cleaning products right down to the fragrance. These No Secrets companies have paved the way, demonstrating that meaningful fragrance disclosure can be achieved without giving away crucial secrets and without incurring any negative financial consequences. On the contrary, these companies have shown growth in recent years as consumers look for brands they can trust.

Unfortunately, the cleaning product industry as a whole seems unwilling to break this outdated norm of fragrance secrecy. At trade association American Cleaning Institute's annual meeting in January, ingredient disclosure and safety topics conspicuously were absent from the agenda. In addition, ACI's new Hazard Data Portal, which intends to be a "comprehensive inventory" of public safety information on ingredients used by ACI's 900 members, includes almost no information on the thousands of fragrance chemicals used by the mainstream companies because the identities of those chemicals are kept secret. 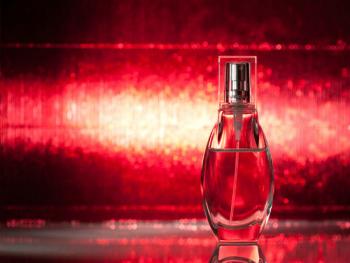 Fragrance historically has been protected as an art form, as that product component that differentiates it from all the others out there. And no doubt there is an art to fragrance, particularly in the techniques in the refining of ingredients, and the ways and amounts in which they are combined. Those may well be valuable fragrance secrets worth keeping. But a simple list of ingredients, which customers increasingly ask for, doesn't appear to be giving anything away of that art form.

As the issue of toxic chemicals and impacts to human health continues to occupy the spotlight, and more small companies reveal all the ingredients in their products, companies who don't disclose fragrance ingredients are beginning to look like they have something to hide.

Those mainstream companies who don't have anything to hide should take the opportunity to lead in the fragrance disclosure arena and gain back consumer trust.

One company that comes to mind is SC Johnson & Son (maker of Glade, Pledge and Windex). In past years, SC Johnson has championed consumer health and safety by disclosing and removing harmful chemicals from its cleaning products.

Surpassing industry standards is nothing new to SC Johnson. In 2009, it became the first major company to announce that it would begin disclosing via its website all ingredients except fragrance in its cleaning products, which was unprecedented in the industry at that time. As part of the same 2009 announcement, SC Johnson committed to remove phthalates from all products, creating a domino effect that had other major companies scrambling to follow suit. In fact, just a few months ago, Procter & Gamble gave up its position as the lone major cleaning product company still using phthalates, and announced it too would remove the hormone disruptors this year. 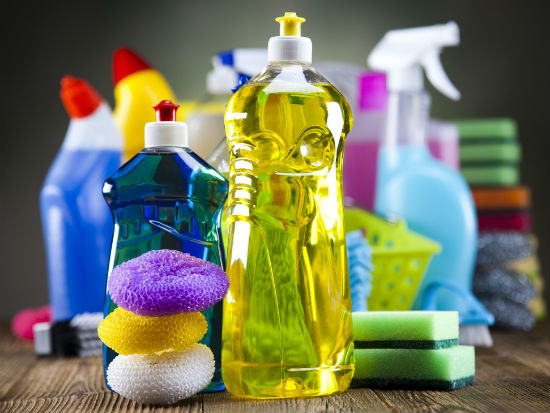 The company was also among the first, along with Clorox, to acknowledge that consumers do want more fragrance information. In 2012, SC Johnson released its fragrance palette, a master list of the 1,500 chemicals used in its fragrance mixtures, but not specific to products. Without product-specific information, the list isn't useful to consumers. However, this gesture became the new status quo, moving several other leading companies to follow this trend.

Recently, SC Johnson leadership on consumer safety and transparency has been eclipsed by both Simple Green and Reckitt Benckiser (makers of Air Wick and Lysol), who last year began disclosing certain fragrance allergens in their products. Companies, including SC Johnson, already list these allergens in products in the E.U., making this a logical (if long overdue) first step toward product-specific fragrance disclosure.

Given that this first step in allergen disclosure already has been taken, it's only a matter of time before full fragrance disclosure becomes the norm. Consumers are looking for a major brand that they can trust that will go the whole nine yards, and companies should be elbowing each other out of the way to seize the opportunity to be that brand.

Director of Outreach and Engagement

Women’s Voices for the Earth

Unilever rises above the regs on chemicals transparency

SC Johnson and Clorox up their commitment to fragrance disclosure

How disclosing fragrance ingredients can pass the sniff test

This Stinks: What Perfume Makers Won’t Tell You