When people say "Keep Austin weird," they really mean keep the Texas town small and special. And we're all for keeping Austin weird, as it's a cool city with awesome music. While utility-scale solar finance is still "weird" in that it involves tax equity, it also involves infrastructure funds, IPPs, utilities and other mainstream sources of sponsor equity and project debt. On the other hand, distributed solar finance is decidedly weird, but keeping it small and special would be a bad economic and environmental outcome. It's weird in that it is mostly limited to expensive sponsor equity and a few tax equity investors generating outsized yield versus risk. This weirdness impedes faster growth, both due to insufficient capital and higher cost to the customer.

While it's easy to get accustomed to how solar finance works once one is immersed in the space, the uninitiated generally are surprised at how strange it is. Usually weird finance is reserved for small-dollar, high margin, high-risk propositions, often executed by a small, tight-knit community of investors. And yet solar finance yields long-term, stable cash flows that would be attractive at half their current yield. What's more, the use of solar power is growing at an explosive rate.

Tax equity investors are few, highly sophisticated and demand a large cut of any deal they are involved in (approximately 9 to 11 percent returns in distributed solar and slightly lower in utility-scale). The structures that support these deals are complicated partnership structures, such as flips, sale-leasebacks and inverted leases.

Current efforts to scale solar finance often have focused on comprehending and navigating through this weirdness. Indeed, efforts at helping investors overcome complexities, particularly in the hopes of expanding beyond the 25 or so tax equity investors, are a governmental and NGO focus. RMI also has worked with companies with large tax appetites to consider renewable tax equity investment. Oddly, it's difficult to convince companies to get S&P 500-outperform returns on treasury bill-like risks. Yet more efforts also should be focused on overcoming, rather than tunneling through, the weirdness.

Why? Because solar's weird financing is insufficiently scalable. If distributed solar is to attain anywhere close to the penetration levels RMI outlined in "Reinventing Fire," its financing must become much more boring and less weird. It should start to look like everyday financing.

Therefore, and in alignment with the NREL-RMI roadmap for soft costs and financing released last summer, we propose more basic debt solutions and a broader approach to financing. The following four recommendations would help break solar's penchant for weirdness:

Recently, loan products have been springing up from a variety of providers, cutting into the third party finance (lease/PPA) market share, albeit only a little. While we applaud the expansion of options to customers in how they can pay for their solar, we see a clear missing element in nearly all existing loan offerings — loan value predicated on solar installation value.

An intriguing exception, Sungage recently announced a loan program for Connecticut — in concert with the Clean Energy Finance and Investment Authority (CEFIA) and Mosaic — which lends to residential projects based on the net present value of savings from the solar installation. In this system, the lender appraises a clear present value to the customer and predicates financing based on it, rather than solely on a customer's credit rating, salary or unrelated collateral. Put another way, Sungage's customer payments are directly based on their energy savings, or willingness to pay, and not just on ability to pay. While there are a number of innovative aspects to this financing package, this simple, but rarely practiced, form of solar lending is crucial to solar's future.

We'd like to see solar value-based loans incorporated into mortgages (first or refinance) and home equity loans. This is admittedly a bit tricky on two levels.

First, solar has been treated as personal property instead of real estate in third-party financing. Real estate investment trusts (REITs) have been at the forefront of changing that paradigm, and have submitted private letter ruling (PLR) requests to the IRS to have solar on real estate count toward REIT-qualifying real estate assets and operating cash flows. Unfortunately, the IRS has made this a bit more challenging, deeming REIT investment in solar as only qualifying as real estate investing if the REIT has a lien on the total property (PDF). In addition, property tax rules can get complicated in states that haven't made clear exemptions. 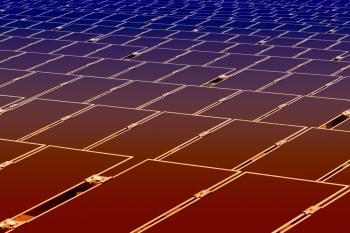 Second, solar is not yet included in the appraised value for most home mortgages. This is despite clear evidence that solar adds to the selling price of the home by even more than the purchase cost of the solar. Sandia National Labs and Energy Sense Finance have done great work on the PV Value software to enable jurisdictional assessors and bank appraisers to include solar value in the home real estate value. The PV Value software has been approved by the Appraisal Institute, which is educating its members on how to use the software. Unfortunately, right now most solar in residential real estate gets appraised at $0. Until there's real "pull" from the major residential mortgage underwriters, Fannie Mae and Freddie Mac, inclusion of PV value in real estate finance products is unlikely.

Ultimately, solar finance is weird because of the underlying tax incentive structures. Two critical incentives improve the economics of solar markedly: the 30 percent Investment Tax Credit (ITC) and accelerated depreciation, which allows companies to deduct their investment six years under standard accounting. That's why solar financiers own (via lease or PPA) your system. It offers the customer the lowest "optical" cost (perhaps not the lowest levelized cost of ownership, or LCOE, versus cash purchasing or loans) in contracts, because financiers can monetize these tax benefits and offer you the net price.

Yet these tax benefits were put into legislation not to necessitate exotic tax partnership platforms, but to reduce the tax liabilities of solar developers. Tax credits are only useful to clean energy developers profitable enough to actually pay income taxes. That might change as SolarCity and others turn the corner and become regularly profitable entities. Nonetheless, no large telecoms, engineering companies or other multi-product technical firms have financed and developed residential solar as a core business operation without a tax partnership (as opposed to just an outgrowth of their finance arm, such as GE Financial).

Without these large companies taking on the full equity financing on their balance sheets, "tax equity" partnerships, and all their incumbent weirdness, are still needed.

Distributed solar finance, especially for commercial projects, is analyzed based almost solely on the person or company buying the power — the residential or commercial tenant sitting under the roof. The roof itself, on the other hand (along with the rest of the building), is financed based on the fundamentals of the building as a long-term, cash-producing asset — tenancy dynamics, stable rents, stable or increasing real estate prices — often regardless of who is the current or initial tenant. The commercial solar PV market, in particular, is stalling out as a result of this weird risk analysis. It grew sluggishly at 4 percent from 2012 to 2013, while the overall solar market grew by 41 percent. Perhaps it's time to change the commercial "offtaker" (the lessee or the PPA-payer) credit analysis lens from the offtaker's credit rating (for example, bond ratings, Dun & Bradstreet ratings or S&P commercial credit assessments) to the fundamentals of solar as a long-term, cash-producing asset. The credit rating lens leaves about 90 percent of the commercial real estate out of the solar financing opportunity set, as most commercial properties are not owned by entities with viable ratings or any ratings at all.

Nagivating around the weird

However, these efforts focus on streamlining existing solar financing products, predicated on tax equity (versus credit) participation. They drive toward increased securitization on the sponsor equity side, which would allow the public to buy solar cash flows after the tax equity participants have taken their cut. The theory goes that if sponsor equity consistently and profitably can exit the investment, they will demand a lower return upfront, which ultimately will lead to lower prices for consumers. It's sort of a trickle-down theory, which has proven effective in many other markets.

But will this "solar as an asset" class treatment lead to the normalization of mainstream solar financing, or streamlining of the current odd financing paradigm? We hope for both, with eventually the former prevailing, but time will tell.

Solar finance can't stay in its current form and enable major scale. The solar industry has been breathlessly exciting, including its financing innovation, for some time now. But with the U.S. at only about 0.5 percent annual generation from solar, most of the growth story hopefully is still in front of us. It's time to have solar finance move out of the weird and enter the mainstream.

It's time to review our options as solar tax cliff nears