Patrick Otellini brings a background in public policy and extensive knowledge of the city’s inner workings. After spending a decade in the private sector managing complex planning, building and fire code issues, he moved to City Hall. Otellini was first appointed to the city’s forward-thinking Soft Story Task Force, convened by then-Mayor Gavin Newsom. In 2012, he was named by Mayor Ed Lee as the Director of Earthquake Safety, which he will continue to oversee in his newly expanded role.

Otellini’s position is the first of 99 others to be filled in cities around the world, part of the Rockefeller Foundation’s 100 Resilient Cities Centennial Challenge. Their $100 million investment will fund 100 chief resilience officers in selected cities, along with a suite of other services in an effort to build future-proof cities.

Regardless whether you live in one of Rockefeller's selected 100, Otellini's insights are bound to shed light into what the burgeoning movement means for resilience in your city.

Shana Rappaport: You’ve been hired to make San Francisco the most resilient city. What statement does it make that the role of chief resilience officer is coming to cities around the world?

Patrick Otellini: I think it’s starting to bring to a global platform what we’ve known locally for a long time. We saw it after [Hurricane] Katrina in New Orleans, and after several other disasters, that it isn’t about surviving anymore, about just making it through the disaster. It’s about recovery, it’s about thriving after the disaster.

Rappaport: How does the role of a chief resilience officer for a city differ from that of a chief sustainability officer — or, in San Francisco’s case, the head of the Department of Environment?

Otellini: It’s different because resiliency is an all-encompassing term. At some point, it actually becomes such an encompassing term that it’s very hard to define. It’s not just sustainability. It’s not just seismic safety. It’s not just energy assurance. It’s all of these things together. I think we’ll see CROs serving as point people for other departments doing the work. The nice thing is that it’s not my job to be the expert on sea level rise. It’s my job to know what our city experts are saying, and to help them coordinate not just regionally but nationally, even internationally.

Rappaport: How is your definition of long-term resilience expanding to encompass both one-time disasters — like the earthquakes [for] which we’re especially at risk here in the Bay Area — as well as the longer-term things like sea-level rise and other climate-related disruptions for which we need to be planning? 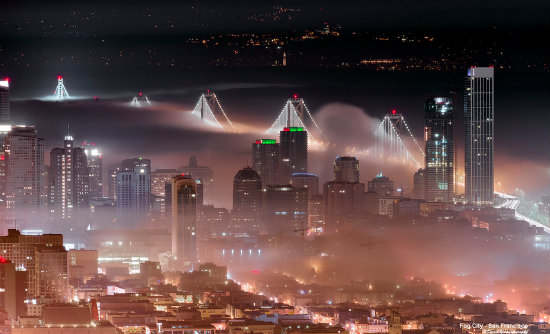 Otellini: I think my personal definition of resilience is actually less important than what the community’s definition of resilience is. That’s something, in fact, San Francisco has done very well: looking to the community to define what it means to make our city more resilient. We’ve heard loud and clear that it’s not only seismic safety, about making sure we’re prepared for the big one, but also things like energy assurance, like protecting our infrastructure, like rebuilding our city’s seawall to be able to adapt to climate change — all these things are major concerns.

Rappaport: What are some examples of places that exemplify resilience? Are there other cities or models you’ll be looking to in crafting the resilience plan for San Francisco?

Otellini: If you take a national lens, I think it’s really interesting to look at places like New Orleans that have, after being so devastated, really banded together as a community to create a resilience strategy. There’s no easy solution to handle the kind of challenges they face. What’s coming out of New Orleans is really exciting and cutting edge, as far as resiliency goes.

Internationally, the city of Rotterdam has done a lot to address resilience. Their whole city is below sea level, so they’ve had to deal with climate change faster than anybody else. In the not-so-distant future, we may very well be implementing in the Bay Area some of the same technologies they’re using.

It’s things like this that get me really excited. The answers are out there; it’s just a matter of talking to the right folks and learning the lessons they have already. And then, of course, trying to implement them as efficiently as possible.

Rappaport: What’s the big picture opportunity you see for the private sector in creating a resilient city and how you plan to engage them? 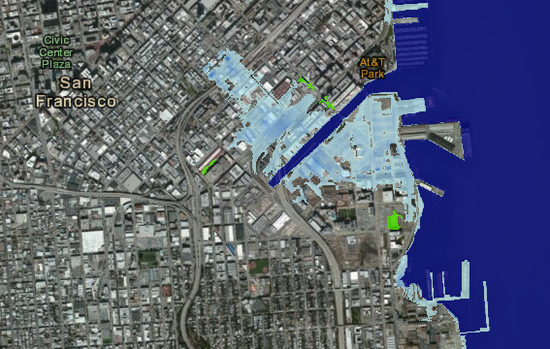 Otellini: There are huge opportunities for the private sector. Think back to 10 years ago, before people were really considering LEED-rated buildings [Leadership in Energy and Environmental Design]. It was kind of obscure, until the community started saying to developers and owners, “If I’m going to rent this building, and you want to have me as a corporate tenant, it better be LEED-rated.” That started to drive change within the community.

I’d like to see the private sector respond that same way on the bigger picture of resilience: Not just demanding a LEED-rated building, but one that’s seismically safe, energy efficient outside of the LEED requirements and more.

It also comes down to the basic issue of continuity — about whether businesses are going to be able to maintain their operations in a post-disaster environment, about how quickly they can get up and running after one. Ensuring systems have emergency power to operate, these are resilience challenges and opportunities where I think it makes sense financially for the private sector to be involved. There’s a huge advantage for business to embrace this — as well as government.

These efforts have to take place in our communities: we’re bolstering up our own city infrastructure, we’re retrofitting our own buildings, and we’re asking the private sector to respond the same way. As long as we’re walking in lockstep with one another, it’s a very consistent message. These issues are really critical, especially with the tech boom happening here in San Francisco. Most of these tech businesses cannot afford to be offline for 24 hours.

One of the things that we like to advertise to our private-sector partners is a program called BORP. It’s a program run out of the Department of Building Inspection, and it stands for Building Occupancy Resumption Program (PDF). In a major earthquake, this program allows businesses, before the earthquake happens, to have a structural engineer of their choosing do an evaluation of the building. After the event, they can self-deploy a green, yellow or red tag to jump the queue of inspections and get back into business as quickly as possible.

Rappaport: What are some of the models you’re seeing of cities and companies working together strategically to bolster resilience? What do you think it will take to effectively share, replicate and scale those models across cities? 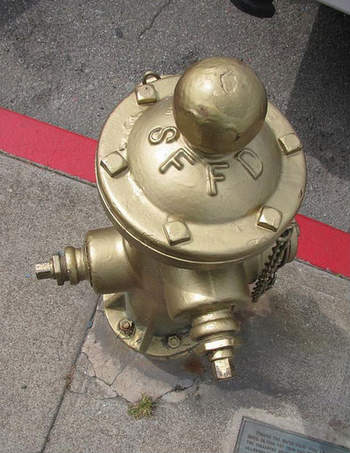 Otellini: Well, more broadly, one of the things that really excites me about the Resilient Cities Challenge is that Rockefeller has established a couple of key, private-sector platform providers to provide services to all these cities, essentially for free. In a municipality, we get inundated with people coming through the door saying, “I have the best new product for you. I have this great thing that can help make your life easier.” You hear it so often that you begin to become desensitized to what their actual goal is.

Having identified partners provide some normalcy to the process — beginning to use a common language, in a common platform — is going to be very valuable to achieve our goals. I think this is hugely important and a really exciting part of the resilience effort.

Rappaport: What are some of the most significant barriers you envision having to overcome?

Otellini: Building capacity in the community is a difficult thing; it’s very hard to initiate substantial behavior change. Take the simple example of recycling: just getting people to separate trash takes years, plus a culture of everybody being focused on that behavior change. That’s a small example of what we need to do on a much bigger scale, which is challenging because people don’t like to think about long-term or abstract problems. Especially when considering our hard-to-reach, vulnerable populations in the community — these are folks that are focused on making sure there’s a meal on the table, not, “What am I going to do in the 72 hours after an earthquake?” That’s too big of an issue for them to tackle.

Taking resilience out of the academic world and making it tangible for people in their day-to-day life, that’s probably the biggest challenge we face. To create an effective paradigm shift is no easy task.

Rappaport: What are your thoughts on the role of fear in engaging citizens and bolstering resilience? How can we better engage city stakeholders — whether it’s businesses, citizens, city folks — in resilience efforts?

Otellini: I definitely try not to use fear tactics; I think it is dangerous and can backfire. For example, earthquake messaging for the last several decades has been really doom and gloom — "The big one’s coming. Everyone’s gonna die." But we’ve backed off that. Now we talk about being prepared, about knowing and building a network with your neighbors.

That said, I think fear has its place. If you see a map where half of the city you know and love is underwater because of sea-level rise, or is in ruins from an earthquake, that’s certainly going to make you start thinking. But in the long term, I think the most effective strategy for behavior change is to approach it in a much more accessible way, one that people can respond to positively, as opposed to out of fear.

Rappaport: Let’s imagine you and I talk again five years from now. What do you hope to have accomplished?

Otellini: That’s a great question, especially because we really want — and need — to be thinking about big picture items. If I’m shooting for the stars here, I would love to see us have a comprehensive strategy for rebuilding our sea wall.

That is not an easy fix, but in San Francisco that’s one of our key vulnerabilities. It is seismically unsafe and not ready to handle what we plan to be ready for, including adapting to climate change, as far as sea-level rise goes. It has all of our major lifeline utilities passing through it. It has the Trans-Bay Tube passing through it. Talk about an Achilles’ heel of our city; in my personal opinion, it’s the sea wall. Five years from now, if we can say we have a plan and action items to address it, I think that will be huge for San Francisco.

San Francisco CRO Patrick Otellini on risk beyond the Big One