Before its retirement in 2012, the San Onofre Nuclear Generating Station (SONGS) represented about 16 percent of the local electricity generation supply covering an average of 1.4 million homes serviced by Southern California Edison, San Diego Gas & Electric and the city of Riverside in southern California. The plant was especially important because of its location on a critical transmission path between Orange County and San Diego. As a result, its closure created a shortage of electricity and a shortage of voltage support that is necessary to move power between Los Angeles and southern Orange County/San Diego.

Reid Smith of Energy Efficiency Markets interviewed Robert Weisenmiller, chairman of the California Energy Commission, about what the retirement means to energy efficiency markets in California.

Reid Smith: Earlier this month, the CPUC decided to replace much of the energy from the retired SONGS with new energy efficiency capacity. Can you give me some background about how and why this decision came about? 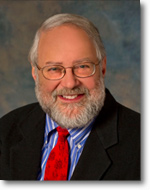 Robert Weisenmiller: Following SCE's announcement of its intentions to retire San Onofre, the California energy agencies examined Southern California reliability issues exacerbated by the short-term closure and permanent retirement of San Onofre. A preliminary plan was prepared by the staff of the member organizations and discussed at a public workshop conducted by the energy commission in September. The plan relies upon a mix of resource additions and transmission system upgrades in the appropriate Southern California regions.

Resource additions can help mitigate against reliability threats as a result of growing loads. These include pursuit of additional capacity with a goal of 50 percent preferred resources and 50 percent conventional generation with triggers and contingency plans if any of these resources do not come to fruition. The 50 percent level was an increase over what was approved for SCE in December 2012.

Smith: What does this decision mean for the energy efficiency market in California?

Weisenmiller: This decision reinforces California's historic and ongoing commitment to invest in energy efficiency. It will enhance that market by increasing opportunities for energy efficiency providers and ratepayers when it comes to energy efficiency upgrades that save energy and money. This is especially critical in the Southern California area that was served by SONGS. For the first time, California is trying to pursue these preferred resources in very specific geographical areas.

Weisenmiller: The collaborating agencies worked with SCE and SDG&E to develop a comprehensive blueprint to ensure reliability while balancing carbon-reduction strategies to help fight climate change. One of the recommendations included targeting 3,250 MW of preferred resources — including local energy efficiency, demand response, renewable generation and storage —- to meet approximately 50 percent of needs. The only way to meet energy needs of a growing population and recovering economy in the face of climate change and loss of power plants is to create a balanced portfolio of preferred and conventional resources. These recommendations were then refined in the CPUC proceeding.

Smith: Does this decision differ from decisions in the past about how to replace retired generation capacity? How so?

Weisenmiller: California's energy resource loading order policy that provides a higher priority to investment in energy efficiency, demand response, renewable energy and distributed generation (preferred resources — localized solar PV, fuel cells, energy storage, combined heat and power systems, etc.) than investing in natural gas power plants (conventional resources) and electricity system upgrades to meet California's growing electricity demand. The state is committed to investing in cost-effective low-environmental impact preferred energy resources. Electricity reliability is of the utmost importance and with the closure of SONGS, a combination of preferred and conventional energy resources is necessary. This is a unique opportunity to fundamentally transform the electricity system in southern California as we work to meet our energy and environmental goals. 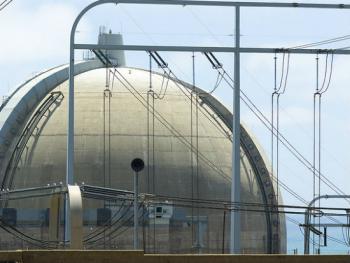 Smith: Will energy efficiency capacity procurement be more common in California and across the country as a way to meet energy demand in the future?

Smith: The energy commission released a report in January that looked at how to replace energy from SONGS with energy efficiency resources. Did this report influence the CPUC decision in March? How closely did the Energy Commission and CPUC work together?

Weisenmiller: The energy commission and CPUC worked closely over the last year. The partnership encompassed several agencies and solicited public input. However, the CPUC decision was based upon the evidentiary record in its proceeding.

Smith: Who came together, in addition to the energy commission and CPUC, in order to make this decision? Utility partners, policy-makers, business owners, etc.?

Weisenmiller: The energy commission, the CPUC, Air Resources Board, the California Independent System Operator, State Water Resources Control Board and Southern California Air Quality Management District collaborated as a cross-agency working group. Public input was also important and the group spent months gathering and analyzing information. As discussed above, the CPUC commissioners unanimously adopted their decision based upon their evidentiary record.

Smith: Is there anything you would have liked to have seen in the CPUC decision? Any improvements in future years?

Weisenmiller: The agencies will track progress in acquiring the portfolio of preferred and conventional resources, and may further refine these programs in future years.

Smith: In the next year, what are you most excited about for the energy efficiency industry in California?

Weisenmiller: In early 2014, the energy commission released its Integrated Energy Policy Report that focused on strategies and actions to increase the energy efficiency of new and existing buildings. We are excited about:

The original version of this story mistakenly referred to the subject as the chairman of the California Public Utilities Commission. That error has been corrected. Sunrise image by Chuck Abbe via Flickr.

A wave of electric vehicle charging investment is here

How California took the lead in energy storage R&D