It's the law: Big EU companies must report on sustainability

It's the law: Big EU companies must report on sustainability

Wednesday was a historic day in Europe, where a new law will require its biggest companies to include sustainability factors as part of their annual financial report.

In a 599-55 vote, the European Parliament passed the law, which applies to publicly traded companies with more than 500 employees. They must address "policies, risks and results" in relation to "social, environmental and human rights impact, diversity and anti-corruption policies" in their annual reports.

Today, 2,500 companies voluntarily produce sustainability reports; that will rise to nearly 7,000 by 2017, when the law goes into effect.

These "public interest companies" must:

• Report on environmental, social and employee-related, human rights, anti-corruption and bribery matters
• Describe their business model, outcomes and risks of their policies regarding these topics, as well as their diversity policy for management and supervisors. 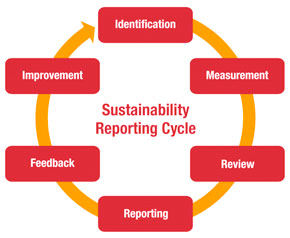 Companies will be encouraged to use standardized, recognized frameworks, such as the Global Reporting Initiative (GRI) Sustainability Reporting Guidelines and the U.N. Guiding Principles on Business and Human Rights.

"GRI is proud to have played a central role during the development of the directive — providing expertise, facilitating dialogue and raising awareness," says Teresa Fogelberg, GRI's deputy chief executive. "This directive is the vital catalyst needed to usher in a new era of transparency in the largest economic region in the world."

First proposed in 1999 by Richard Howitt, European Parliament Rapporteur on Corporate Social Responsibility, he welcomes the vote as a "major step towards 'integrated reporting' by businesses worldwide."

"All the evidence suggests that transparency is the best way to change business behavior. This European law will prevent corporate scandals and make a leap in the transition towards a sustainable, low-carbon economy for the future," he says.

Small businesses are exempt, but because the large companies required to report have to include information on their supply chains, it reaches far enough to "prevent corporate abuse of workers' rights at home and abroad," he notes.

"On the anniversary of the Rana Plaza factory collapse that killed over 1,000 garment workers in Bangladesh, I genuinely believe this new law will help prevent such tragedies from happening again."

As of 2011, 95 percent of the world's largest 250 corporations produce annual sustainability reports, up from 80 percent in 2008, according to KPMG, and 86 percent of the largest U.S. companies. That year, SunPower led with the first sustainability report in the solar industry. Addressing their supply chains is the next big task, which companies such as Ford and Microsoft have been leading on.

Behind the first 15 years of GRI sustainability reporting

How will Europe's new reporting rules impact your business?

CSR Reporting Improves in 2009, Though Not for All

Materiality matters: why don't companies have to disclose sustainability risk?