Inside Lisa Jackson's vision for a greener Apple

Inside Lisa Jackson's vision for a greener Apple

It’s been nearly a year since Lisa Jackson took the helm of Apple’s environmental initiatives. And during that year, the company seems to have done a 180 in how it talks about environmental sustainability — and the fact that it talks about it at all. Much of the credit goes to Jackson.

During Earth Day 2014, Apple's efforts seem to be bearing fruit. In the past few days, the company launched a new environmental website, including a sun-drenched video narrated by the company’s CEO, Tim Cook, and a deep dive into its climate commitments and achievements. It offered free recycling of all its used products and vowed to power all of its stores, offices and data centers with renewable energy. It symbolically added a green leaf to the logo outside its iconic retail outlets around the world and adorned its retail geniuses and geeks with green T-shirts. It even managed to get in a dig at one of its fiercest competitors.

Along the way, it’s garnered praise, sometimes gushing, from some of its toughest critics — Greenpeace, for example.

I caught up with Jackson, formerly U.S. EPA administrator, during her hectic Earth Day to learn more. The conversation has been edited for clarity and length.

Joel Makower: Overall, this is an extraordinary Earth Day for Apple relative to anything you've done in the past. Why did you decide to launch so many things this week?

Lisa Jackson: Part of communication is seizing the opportunity and the moment to make sure that we're authentically communicating our values and who we are as a company. For me, coming from EPA and having spent years and years marking Earth Day, it seemed like the right moment for Apple to mark our work in a coordinated way.

We've asked ourselves over and over, “Where can we make a difference?” We've identified three areas: addressing our impact on the climate change problem; addressing the need to use greener materials, to remove certain materials that we think are toxic; and resource efficiency — addressing the challenge of finite resources.

Makower: Where does e-waste fit into this?

Jackson: One of our three priorities is to address the fact that there are finite resources. In my mind, dealing with things like the end of life of our products — and, frankly, other people’s products — is part of the story. Apple has really done a remarkable job of collecting over 421 million pounds of products that have been discarded since 1994. Most are not Apple products; we collect other companies’ products and then we recycle them responsibly.

We've set some pretty ambitious goals for ourselves internally about looking at the circular economy, realizing the opportunity that comes from looking not just at recycling at end of life, but everything — from the design of our products to the use of our products, to the reuse of our products because they last a long time. Then to the idea of using recycled materials in our products so that, as much as possible, we're minimizing resources.

Makower: It sounds like a different product strategy than usual, where the iPhone 5 is a different form factor from the iPhone 4, requiring a different set of plugs, chargers and other things. Hasn’t Apple remained so profitable in part by creating these new systems and then getting customers to upgrade?

Jackson: I don’t really agree with that. The more I understand the company, there is great pride here in the fact that we design products to last a long time. We use good materials. We remove toxins like PVCs from our cords, or lead or arsenic or mercury from our screens. There’s real pride in the fact that we think years out about our design strategy.

What you also have to realize, though, is that this is a company built from the ground up on innovation. It’s innovation that gives us smaller and thinner and lighter products that use less and less energy. So although it’s easy to say, “Well, just stay with the same product,” we use 97 percent less electricity in sleep mode in our current iMac than we did in the first generation. 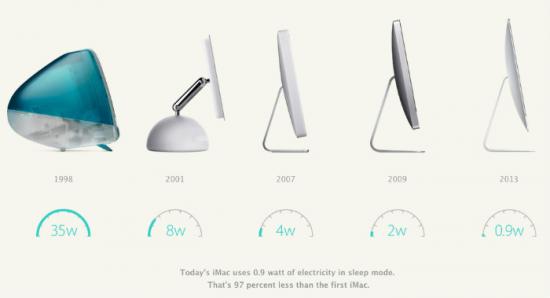 Makower: I was interested to hear about your revelations around the life-cycle impacts of aluminum. It sounds like you're still on a learning curve to get better information.

Jackson: We were using the industry standard factors to calculate our aluminum emissions. We were doing what everyone else is doing; we just decided we wanted to do it better.

The industry standard is inaccurate. It uses an average number. We now have a better understanding of exactly where our aluminum is sourced, so we know what those emissions are, whether it’s driven by fossil fuels and, if so, which ones.

That means our engineers can go back and say, “Okay, now that we have good data, we can start to optimize even further.” Any engineer will tell you that the way you define the problem is key to getting the right solution.

The reason we do that is exemplified by the aluminum story. If you don’t take responsibility, if you don’t measure it and monitor it, then you can’t understand it and you won’t be driven to change it. I mean, if we're a company that thinks climate change is real and wants to minimize our impact, we can’t do that if we draw a really tight circle around ourselves. Instead, we draw a really big one. 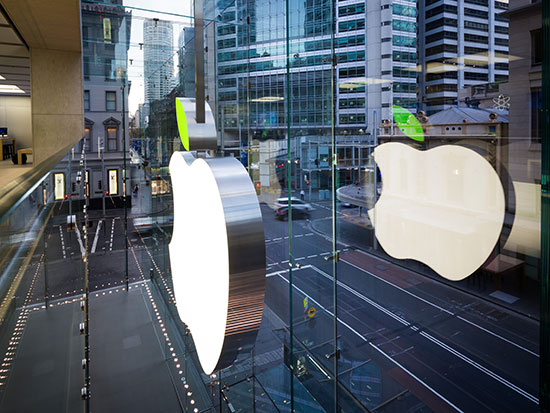 Makower: In a relatively short time, you've pretty much gone — well, from zero to hero, in the eyes of many of your environmental critics. What does that get you in terms of a little leeway, perhaps, to innovate or try some new things?

Jackson: We appreciate when people note what we're doing right. We also realize and understand that because of who we are, people are always going to lay the next challenge in front of us.

That’s why it’s so important for us to have on our website what our priorities are. That helps people understand that climate change and toxins and using fewer resources are really important to everyone, from Tim all the way throughout the company.

I know you've written about this a lot: corporate sustainability and corporate responsibility — those are great, but not if they reside just in a few people. I like to think I'm pretty forceful at times, but that’s not going to change anything.

Jackson: Well, since I used to run an environmental department, I agree with you. What I'm finding is that I have the privilege of reporting to Tim. It gives me the ability to look across this organization, find the people, say, who work in facilities, or talk to the folks who work in design who are thinking about new materials, or who are thinking about the power consumption of our products. Or speak to the people in engineering who think about our packaging. 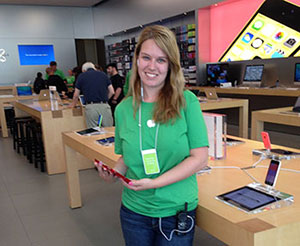 Makower: Is it frustrating that you're never good enough in the eyes of your critics?

Jackson: Part of what I love about the video that’s up right now is that we're never good enough in our own eyes, either. I mean, we are constantly driven by this idea that a product can be better. We're extending that notion to a broader look at what “better” is. It has to be better for people and the planet, and it has to incorporate the priorities we've been talking about.

Makower: As you approach your one-year anniversary at Apple on June 10, what’s your biggest surprise?

Jackson: I think it’s how deeply Apple thinks about any given issue. I mean, I knew that it takes a lot of work to make a data center 100 percent renewable, to use our most prominent example as a proof point. What I didn't understand is that to really do it and to be successful at it, you have to start with thinking about the design of the data center. So, getting a chance to meet the team from the very conceptualization of the data center and learn from every data center they've built to the point. Or people who are thinking about energy from the standpoint of efficiency, of course, but also from the deep principles of additionality and displacement and accountability.

When you talk to folks on the energy team, they're just as interested in how we account for and make sure the RECs are not being double-counted. We want to make sure that we're not double counting. We want to make sure we're displacing dirtier forms of energy. We want to, as much as we can, be able to say that, “Here’s some new green energy that exists because Apple is on the scene.”

So the surprise is that this is a company that thinks really deeply about problems and innovation. I cannot tell you how excited and energized I am when I think about that company turning its attention to the issues of climate change or finite resources or reduction of toxins. The possibilities are thrilling.

Lisa Jackson on designing the iPhone with the environment in mind