A growing amount of packaging is made from flexible plastic laminates that cannot be conventionally recycled. Walk into a Safeway or Whole Foods Market: Food and goods from raisins to baby food to detergent that used to be packaged in cardboard boxes or bottles line the shelves, packed in shiny flexible plastic pouches. They often use less material and generate fewer harmful emissions to manufacture. Smart design, right?

Not really. Most are designed to be waste; they don't break down easily or cheaply like some plastics so the end of life choices are usually the landfill or the incinerator. Flexible packaging sales topped $26 billion domestically in 2012.

Happy Family baby food touts a string of nutritional benefits: organic, probiotic, gluten-free. It's a B Corp. It says it strives to use the most environmentally friendly packaging, yet acknowledges the pouches it uses are not recyclable.

Kraft Foods' Capri Sun juice drinks are marketed to children and sold in laminate/aluminum foil pouches. More than a billion pouches are estimated to be landfilled annually in the U.S. This has been going on for decades. The lesson for Capri Sun's target market of elementary school children seems to be that it's all right to throw things away after one use. Five minutes to finish the drink and then 100 years in a landfill. If Capri Sun came in a PET or glass bottle or aluminum can, there would be many opportunities to conserve resources and recycle materials as part of a developing circular economy. This video explains more about the dilemma of flexible packaging.

Flexible doesn't mean versatile when it comes to recycling 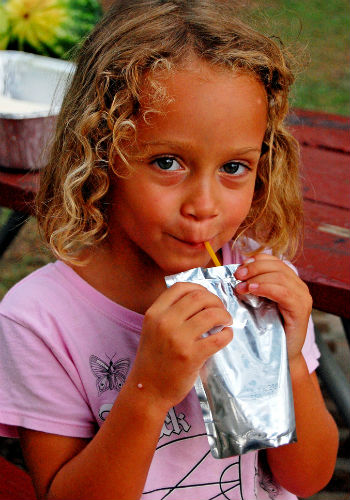 A group called Terracycle has made a small dent in the waste stream of laminates, such as pouches and toothpaste tubes, by offering free mail-in collection of Capri Sun and similar unrecyclables, which it reuses and downcycles. But we estimate that only about 2 percent of pouches sold may be collected by Terracycle. It's positive as far as providing a temporary respite from the landfill, but it does not provide a long-term, viable solution for these materials.

With the technological prowess available to packaging designers, why should any package be non-recyclable in the 21st century? We believe design for sustainability in packaging should mean that materials used are recyclable whenever possible.

Companies tell us they need flexibility to achieve a balance of environmental factors when choosing packaging. Sometimes recyclability gets trumped by pursuit of another admirable goal, such as a lower carbon footprint. We often don't really know if such a tradeoff is necessary, because the life-cycle assessments their decisions derive from are not open to public scrutiny.

It's not just stakeholder advocates who are concerned. The nation's largest waste hauler, Waste Management, recently told a packaging conference that reliance on LCA (life-cycle analysis) "often leads to decisions made at the expense of recyclability."

Leading sustainability architect and green design advisor William McDonough calls pouch packaging a "monstrous hybrid" designed to end up in either a landfill or incinerator.

He recently told Joel Makower in an interview: "It's so immensely curious how stupid modern packaging is, and it's getting worse. … I see packaging awards being given to these pouches as more efficient containers of, say, a cereal. ... It's wrapped in seven plastics with undefined inks and metallized polymers. It doesn't have a recycling symbol on it because you could never recycle it. … And yet it's being put forward as a more efficient package." 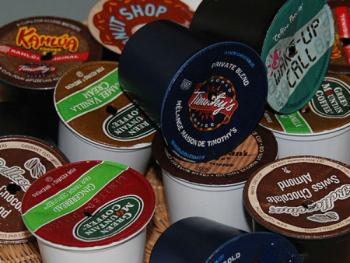 Some companies now believe you can achieve sustainable packaging that's fully recyclable. Last week, in consultation with As You Sow, consumer goods giant Colgate-Palmolive announced new packaging commitments. It agreed (PDF) to set goals to make all its packaging for three of four product categories recyclable by 2020. In addition, the company committed to work towards developing a recyclable toothpaste tube or package, which would bring its fourth product category, oral care, close to the same sustainability standard. The company also agreed to increase the average recycled content of its packaging to 50 percent.

In another positive development, Keurig Green Mountain Coffee, manufacturer of billions of unrecyclable Keurig K-cup individual serve coffee pods, has agreed to our request to make its presently unrecyclable pods recyclable, and set a deadline of 2020 in its recently released sustainability report.

A second compelling reason to press for recyclable packaging is corporate management's failure to recognize or deal with growing evidence that plastic packaging contributes significantly to pollution of the world's oceans, clogging waterways, damaging marine ecosystems and impairing the marine food web. You've likely heard of the huge gyres of swirling plastic particles identified in five oceans. What you may not have heard is that degraded plastics absorb and spread toxics. 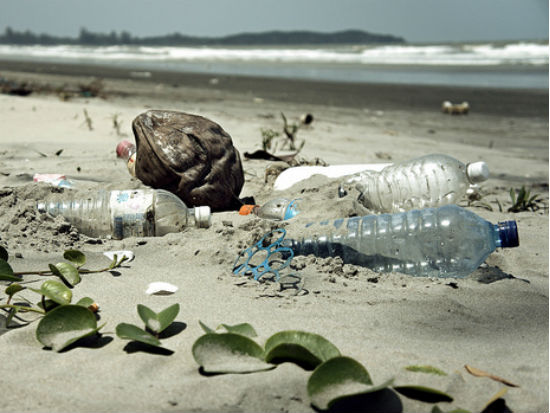 The Environmental Protection Agency says degraded plastics in ocean gyres pose threats to marine animals and potentially to human health. Food and beverage packaging are among the top five items found on beaches and coastlines. Non-recyclable packaging is more likely to be littered than recyclable packaging. As these materials are swept into oceans and slowly degrade, they break down into small indigestible particles that birds and marine mammals mistake for food. Ingestion of plastics results a range of threats to marine species, including starvation, malnutrition, intestinal blockage and intake of toxins, which can lead to death.

Research indicates these particles absorb potent toxics such as polychlorinated biphenyls and dioxins from water or sediment and transfer them into the marine food web. Studies are starting to point towards larger, long-term impacts of toxic pollutants absorbed, transported and consumed by fish and other marine life, with potential to affect human health. Recyclable packaging conserves resources and increases the likelihood consumers will place more used packaging in a proper recycling stream, which can reduce the loading of oceans with plastic.

Consumers and companies must continue the cycle

Companies need to step up and take a measure of responsibility, but consumers have a role to play as well. This is not all the fault of companies. 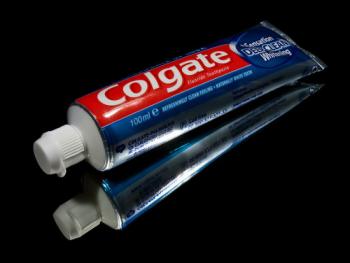 Far too many people still thoughtlessly litter or put recyclable materials into trash bins rather than recycling bins. Consumer goods companies are experts at social marketing and communication. They could use those skills to educate consumers on the right way to recycle. For example, Johnson & Johnson discovered many people don't recycle packaging from the bathroom and produced this video reminding people that bathroom packaging is just as recyclable as food packaging.

We hope to foster a corporate race to the top on recyclable packaging. P&G's Crest and Colgate toothpaste brands always have been fierce competitors for market share. How about a new competition to be first to develop a recyclable toothpaste tube? Adding billions of recyclable tubes to our recycling stream will provide another economic motivator for a developing a 21st century circular materials economy.

5 innovations that could end plastic waste