Why TNC and JPMorgan Chase are investing $1 billion in nature

Why TNC and JPMorgan Chase are investing $1 billion in nature

The Nature Conservancy and JPMorgan Chase have a bold goal: Raise $1 billion over the next three years toward projects that protect agriculture, fisheries, water and land. These power brokers in conservation and finance seek nothing less than to create a mainstream market for investment in ecological conservation.

The Nature Conservancy's effort, NatureVest, aims to help institutional investors and wealthy individuals understand and harness market opportunities for investing in nature. It plans to build a long-term, mature market, one conservation project at a time. Further down the road, such investment opportunities could even reach mainstream, middle-class investors. The market may not understand it yet, but that's kind of the point.

“The number is intentionally big because we think the marketplace is big," said Bill Ginn, chief conservation officer at The Nature Conservancy. "We want investors to say, ‘I have an environmental component in my portfolio because that’s a smart place to invest these days.' ... That means they have to make money in order to be willing to put their capital at risk here. It’s one thing to ask for a contribution. ... It’s another thing to ask someone to invest with you in the future of the world."

As the founding sponsor of NatureVest, JPMorgan Chase is providing an initial $5 million, with ongoing support in building up the financial infrastructure. With the effort announced Tuesday in Washington, D.C., the full website is set to launch May 15.

Although impact investing is on rise, most of it currently focuses on social good. The NatureVest initiative aims to bring funders together with environmental projects that need support, in addition to fostering thought leadership in the field.

Creating new, bankable opportunities for sustainability addresses a funding gap: Only $51 billion out of the $290 billion that's needed each year for conservation is made available, yet this is largely through government and charities, according to research by the Global Canopy Programme.

The problem isn't a lack of interest but "a lack of product," said Matt Arnold, managing director of environmental affairs at JPMorgan Chase. The bank will examine deal pipelines, cash flows and how the market will receive conservation investments. It plans to bring deal structures and investments related to water, fisheries and the climate that the investment community can understand.

These offerings potentially could include debt swaps, such as a TNC exchange of $80 million with the Seychelles government toward marine conservation and climate adaptation. As additional examples of what might potentially grow to a vaster scale with help from impact capital, the TNC offers a livestock-to-markets pilot project in Kenya and an effort to support stormwater runoff systems in U.S. cities.

“We have huge challenges with water in the western U.S.; we have major climate challenges worldwide that need to be addressed," Ginn said. "The world’s fisheries need to be restructured. Those are billions and billions of dollars worth of investment. So what we really need to do is to to align conservation incomes, long-term sustainability, with sources of capital that can coinvest along those lines."

Conservation work, of course, is not new for The Nature Conservancy, which holds $6 billion in conservation assets. Its Conservation Notes impact investment programs are sold out; NatureVest would provide the next offering for this kind of funding at TNC. TNC is one of the largest fishing quota owners in the western United States and owns some 15 million U.S. acres. In the past five years alone, it has bought $50 million in water rights. However, that has been possible through charitable contributions.

“What’s different here is to take that work and systematize it and try to create a whole investing field that does this work on a regular basis beyond The Nature Conservancy and even beyond JPMorgan Chase,” Ginn said.

The timeline ahead includes the fall publication of research that will characterize segments within the natural capital marketplace and describe a baseline for what's currently being invested. That would help later, for example, to sketch out the size and growth of water markets in the future, or the opportunities for investing in fisheries. 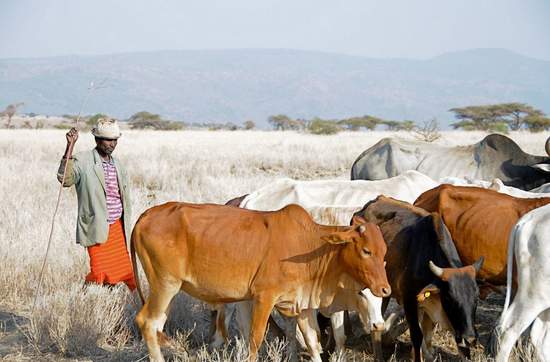 TNC and JPMorgan Chase have been looking at specific deals over the past six months. Their pairing is not a case of “strange bedfellows,” which is an “antiquated” notion, said Arnold. Instead, more corporations are partnering with NGOS on the environment and human rights, which bring capacity, insights and ideas that for-profits inherently lack. "We're very hopeful that other financial, industrial and large property owners over time will be at the table with us," he said.

Ginn agreed that accelerating and scaling TNC’s goals is only possible through partnering with the private sector. “Our mission is to conserve the land and water upon which life depends,” he said. “We don’t see how we can possibly do that if the only source of capital is philanthropic contributions.”

The “bipartisan, science-based, practical and transaction-focused” character of TNC is a great fit for the culture of JPMorgan Chase, said Arnold. In addition, the bank has looked at innovative finance as a means of arranging private capital for social or public objectives that governments can’t fund.

The two organizations have worked behind the scenes on the NatureVest effort for three years (and individuals on each team have relationships dating back to the 1990s). TNC counts about 15 people on its NatureVest team, is seeking a managing director for the effort in the coming months. JPMorgan Chase has just less than 10 staffers involved.

The two partners share a rough geographical reach. TNC is in all 50 states, with a presence in 38 countries, while JPMorgan operates in 30 states and even more nations.

EKO Asset Management Partners, an advisory firm, helped to design NatureVest. Additional support for NatureVest comes from the Gordon and Betty Moore Foundation and the David and Lucile Packard Foundation.

Whether valuing "natural capital" is a mere buzzword or a long-term trend with legs, the debut of NatureVest comes as more companies are paying attention to the notion that they should start to quantify exactly what they extract from nature. (GreenBiz issued its Natural Capital Leaders Index at the start of this year.)

In February, The Nature Conservancy and the Corporate EcoForum launched the Natural Capital Business Hub to show off examples of corporate early movers in this space.

A less mainstream effort to mingle high finance with natural capital, the Intrinsic Value Exchange would establish a stock exchange for investing in assets such as a species or the quality of soil or water in certain areas.

In the video below, TNC president and CEO Mark Tercek, a former Goldman Sachs investment banker, speaks of "nature's fortune" at the GreenBiz Forum in February.

Top image of the Leucaena plant, a source of livestock feed, by Francisco Nieto via The Nature Conservancy

Conservation impact investing is about to boom

The state of private investment in conservation