The Sustainability Accounting Standards Board, a relative newcomer to the realm of corporate reporting, has enlisted two powerful allies who are well-poised to extend its influence within the business and investment communities.

SASB, a San Francisco-based nonprofit, launched publicly less than two years ago. It provides an industry-specific reporting framework for material sustainability issues that integrates with firms’ quarterly 10-K financial disclosures, which are required by the SEC.

"More than 30 years ago I started a company on the idea that greater market transparency leads to better investment decisions, and that idea is at the heart of SASB's mission," said Bloomberg in a statement.

SASB seeks to help rewrite the way the markets view corporate success, leading investors and business leaders to recognize that boosting sustainability can also boost the bottom line. How can the appointment of Bloomberg and Schapiro support that?

“It’s a very big signal about the next step as far as the evolution of ESG [environmental, social and corporate governance] and sustainability accounting,” Curtis Ravenel, global head of sustainability at Bloomberg LP, told GreenBiz.com. “This is a mainstream issue. It is not a niche. There are impacts. Serious people have serious faith in the importance of these issues being part of the financial information set that we as communities, as investors and as companies need to help us run our businesses better and make better investment decisions.”

The resources of Bloomberg LP and Bloomberg Philanthropies — already a prime funder of SASB — will be further brought to bear at SASB, in both money and in-kind resources. About two dozen Bloomberg people were involved in getting SASB off the ground, including helping to write the search algorithms used to determine SASB’s materiality and evidence-based approach, Ravenel said. 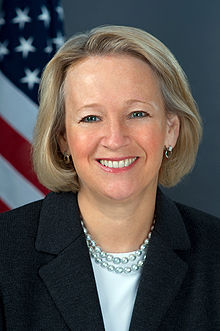 SASB founder and executive director Jean Rogers sees parallels between Michael Bloomberg’s early days as media entrepreneur and the launch of SASB. His great idea was also “to bring great information to the capital markets ... and in our case it’s about sustainability,” she said.

Bloomberg, of course, has used his leadership to push for reducing greenhouse gas emissions and preparing communities and businesses for climate change. He recently led the C40 Cities Climate Leadership Group, whose 63 member cities aim to innovate on climate resilience and fill in where national and international governments have failed.

The no-nonsense approaches of both Bloomberg and Schapiro are a great match with SASB’s culture, Rogers said. And Schapiro’s deep knowledge of the investment and policy worlds should help to integrate materiality standards into the existing market infrastructure. That's long been SASB's holy grail: that its standards for sustainability reporting become recognized by the SEC as a de facto requirement, much as the Financial Accounting Standards Board is for financial accounting.

For SASB, it's all about transparency. “Markets work best when they offer investors access to material information that supports informed decisions,” said Schapiro, in a statement.

Appointed by President Obama as the first female SEC chair in 2009, Schapiro served through 2012. She led the SEC as it set a requirement for companies to disclose information about climate-related risks to their bottom lines. For the past year, Schapiro has been a managing director with the Promontory Group, a consulting firm that serves banks.

SASB is working on reporting guidelines for 88 industries across 10 sectors, and has so far finished standards for technology, financial and healthcare companies. In June it should have the fourth sector of non-renewables (oil, gas and mining companies) completed.

Satisfying an alphabet soup of reporting standards is one of the most time-consuming realities of a sustainability professional’s job. A recent survey from GlobeScan and SustainAbility named the reporting frameworks from CDP (formerly Carbon Disclosure Project) and Dow Jones Sustainability Indexes as the most credible. Other standards come from the Global Reporting Initiative, which integrates with corporate annual reports, and the Global Real Estate Sustainability Benchmark.

As SASB continues to develop standards for six more industries, Rogers says its new co-chairs will help to build awareness and credibility “with the people who need to implement those standards, whether they’re CEOs or investors.”

More than 1,350 people representing investors with $15 trillion in assets and $6.5 trillion in market capital have participated in SASB’s standards creation process.

In five years, with the full set of standards close to complete, Rogers hopes that SASB will be facilitating a dialogue among disparate players, much as the U.S. Green Building Council in its early days brought together the engineering, real estate, construction and other industries.

“That is what moves that market, that common language and framework and understanding," she said. "Let’s get that common language about what really matters so that CFOs, accountants, regulators and investors are speaking the same language, focusing on the critical dimensions of sustainability, looking at the same information and taking action.

“We’re looking at a revolution in thinking about sustainability as a business issue through the articulation of what’s material. We’ve focused that lens on material issues which really are business issues, and so that’s the way we’re going to change that thinking, to change that paradigm to being not just about values but being about value creation.”

Major institutional investments and CEOs have typically dismissed the relevance of sustainability issues to the bottom line. Yet more are starting, if slowly, to take the effects of climate change into account as a long-term risk.

The first SASB board chairman, Harvard Business School professor Robert Eccles, will continue to serve on the board.

Climate and cash: A G20-approved guide to disclosure

Why SASB is a game changer for sustainable business

Can Michael Bloomberg (finally) move the needle on climate disclosure?