Supporting remote work arrangements is one great way to help your company reduce the environmental impact of employee commutes — but the reality is that many organizations need their staff on-site where teams can work face to face.

This fact has kindled investments in infrastructure upgrades and public transportation options including light-rail lines, trains and buses. Indeed, an interest in supporting in-person collaboration was a major factor in Panasonic's recent decision to relocate its North American headquarters from relatively difficult-to-reach Secaucus, N.J., to a new location in Newark that is located centrally near a major transit hub.

Practically speaking, though, it's not possible for every company to pick up and move simply so their employees have to travel a shorter distance to work. Nor is it feasible for cities and counties to place a station or stop next to every business. And what about corporate campuses that are so big that employees have to drive their own vehicles just so they have a way of getting from building to building?

This perpetual logistical challenge has been dubbed the "last-mile commuting" problem — so named because transit solutions tend to stop every mile, so geographically, most of an urban area won't be within walking distance to a stop. And the problem isn't going away anytime soon.

If anything, the need to address this is becoming more acute, especially as companies increasingly try to attract millennial workers ages 18 to 34. In a survey released in April by The Rockefeller Foundation and Transportation for America, more than half of the respondents (54 percent) in 10 major cities indicated that they would consider moving to another city if the new location had better options for getting around. A whopping 86 percent of the ones living in "mature" cities such as Chicago, New York and San Francisco said it was important for their city to make it easy to get around without relying on a car.

"These findings confirm what we have heard from the business and elected leaders we work with across the country," said James Corless, director of Transportation for America, commenting about the survey. "The talented young workforce that every region is trying to recruit expects to live in places where they can find walkable neighborhoods with convenient access to public transportation."

Of course, there's also plenty that the private sector can do to help. Two decades ago, when I worked on suburban Long Island and lived in Queens, my forward-thinking company used a van to drive more than a dozen of us back and forth to the station at the beginning and end of every workday. These days, myriad options are emerging or evolving to address the last-mile dilemma. Here are 10 companies paving the way to new commuting approaches — ranging from makers of foldable bicycles and other newfangled vehicles to ride-sharing options powered by Web services.

Around since 2009, Alta Bicycle Share has experienced its share of controversy over the past five years, especially when its primary equipment supplier Public Bike Systems (aka Bixi) declared bankruptcy in January . But in early April, Bixi got a new owner, which many believe has set the stage for continued expansion.

Technically speaking, Alta's competitor B-cycle (owned by well-respected Trek Bicycle) can claim a presence in more locations, with 30 cities across North and South America. The company is targeting potential expansion areas by encouraging people to vote on an interactive map displayed on its Web site. (As of press time, Toledo, Ohio, was No. 1. )

The concept of folding bicycles that riders can transport in buses or trains has intrigued designers for several decades. One of the best-known companies in this market is British manufacturer Brompton Bicycle.

The company started production in the early 1980s, and has an almost cult-like following — even clubs and races are dedicated to it.

With prices starting at $1,250, Brompton bikes come in one-, two-, three- or six-speed models. Last year, the company sold more than 45,000 of them in places including the United Kingdom, Germany, Hong Kong, Singapore and Japan. But only 3,000 of them made it to the United States. 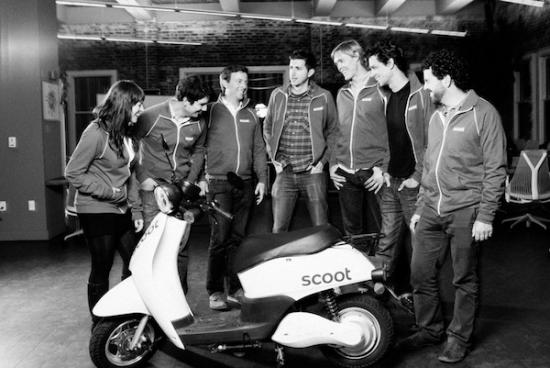 Can't really be bothered with renting a car and don't feel like pedaling a bike? Commuters who live in San Francisco might benefit from electric motorscooter networks being created and beta tested by Scoot, a membership service catering to people seeking quick rides to public transit stations or for running errands.

You need a smartphone app for either Android or Apple iOS to unlock and sign up for a specific scooter; there's also a reservation feature to make sure one is available where you want it to be, although we're talking only dozens of vehicles right now.

There are several pricing tiers, starting with Scoot Pass, which is $29 per month (including training, helmets, maintenance fees associated with scooter upkeep and liability insurance). If you can't be bothered to sign up, you'll pay $10 for the first half-hour, plus $3 for additional half hours. The scooters themselves can travel at top speeds of 25 to 30 mph, for ranges of 10 to 15 "city miles" per charge.

Scoot is planning a similar service for electric motorcycles, and is exploring expansion into San Francisco and other cities.

Akin to car-sharing pioneer Zipcar, car2go is a membership network started by Daimler AG in 2008. The company — which offers corporate arrangements — provides point-to-point rentals of Smart Fortwo vehicles for a published U.S. price of 41 cents per minute or a maximum of $84.99 per day.

As of February, the service had 10,000 cars on the road in the United States and Europe, serving 26 cities with more on tap. Car2go recently introduced regional pricing, which makes it easier for members to use its services from city to city.

The focus of this mobile app for Android and Apple iOS, available in Los Angeles, San Francisco and Seattle, is on connecting people with local taxi companies and available vehicles quickly. The company (formerly called Cabulous) positions itself as an alternative to ride-sharing services such as Lyft, Sidecar and Uber that have been disrupting traditional transportation companies. Its backers include Craton Equity Partners, RockPort Capital, Shasta Ventures and Sand Hill Angels. 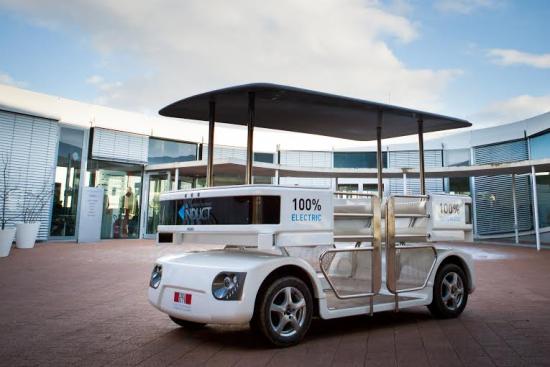 Founded in 2004 near Paris, France, this robotic automobile company is behind Navia (pictured), an electric, self-driving shuttle that travels up to 12.5 miles per hour and can carry up to eight passengers.

The technology is pitched as an option for widespread industrial sites, airports, shopping complexes, even city streets. It is already in use in places such as Singapore, Switzerland and the United Kingdom. Navia recharges via induction using magnetic fields.

"The average cost of running a regular shuttle service with driver in the United States is $200,000 per year," said Induct CEO Pierre Lefevre, in a statement when Navia was introduced in the country in January. "With Navia, we are able to offer a safe, environmentally friendly solution and reduce the operational costs by 40 percent to 60 percent." Navia's own price tag is about $250,000.

This nascent initiative near San Francisco proposes to create a system of shared "bee" vehicles that travel back and forth from "hive" locations, such as the metro station. The idea is to reduce traffic while ensuring a 15-minute, fix-rate guaranteed ride, using GPS-directed vehicles to connect with commuters seeking a lift.

The fleet drivers will be employees of the service, which is eyeing Oakland and East Bay neighborhoods in California for tests of the concept. The company doesn't say what type of vehicles its fleet plans to use.

Finding the best ground transportation options in a given city isn't always easy. This was the inspiration for the RideScout mobile application, which helps commuters research different services that are available around them — including public, private and "social" options.

The free app (available for both Android and Apple iOS) lets people look for options in several ways, including point-to-point searches or simply by looking to see what's available based on their existing location.

RideScout got its start in Washington, D.C., in late 2013 and in recent months expanded its services to Boston, San Francisco and Austin, Texas, with additional cities planned through 2014. The information shared within the app comes from the company partners, which include both traditional ground transportation options as well as emerging alternatives such as ride-sharing service Sidecar, backed by the likes of Lightspeed Venture Partners and Google Ventures, and Scoot.

Technically speaking, you could put this technology into the category of smart traffic information services. But the Roadify service is really tailored for urban commuters who don't want to have to use a dozen Web sites or apps to figure out a practical route to work.

With a focus on New York, the initial mobile app for Apple iOS aggregates information from local public transportation options, as well as the car2go one-way rental service. 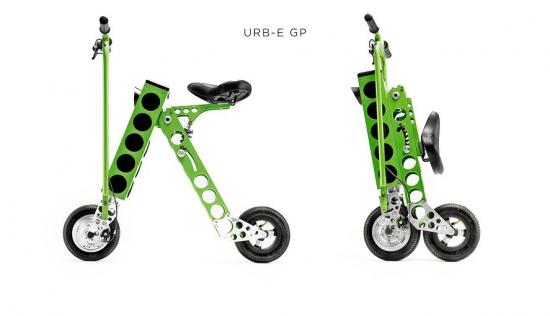 Described as the ultimate last-mile option, URB-E is a lightweight, battery-powered, foldable bicycle (about 27 pounds) made out of recyclable aircraft-grade aluminum designed by a company called EgoLogical Mobility Solutions.

The idea is to help people get from public transportation to their destination, fold up the bike and take it inside so it's more secure than if it were chained outside.

The prototypes include an integrated luggage rack, shock-absorbing seat, LED lighting and an integrated universal smartphone mount. There is a custom app being designed to monitor the speed, battery range and navigation. Overall, URB-E should have a range of about 20 miles per charge.

Pricing is still being finalized, but the company believes it will be just under $2,000. You can preorder the GP model for $899, if you make a $350 deposit. Initial production is slated for summer.

Why Mercedes-Benz wants to suburbanize the sharing economy

Could car ownership go the way of the landline phone?