Doing business in rural India: What makes it so hard?

This is the second in Rupesh Shah's ongoing series about working at a social enterprise in rural India.

Indian Institute of Management Indore is part of an elite set that turns out some of the world's best and brightest. Simpa was lucky to snag a recent graduate, Kavya, to become our main financial analyst.

However, India struck. At a graduation rehearsal, the stage holding the graduates collapsed and 40 students broke legs, arms and ankles. Kavya will be healing for the next few weeks.

None of us was surprised. India strikes all the time.

These stories paint a picture of the immense challenges of doing business in rural India. We certainly try to embrace the challenges, because, of course, if it were easy all of rural India already would have solar energy. I hope to draw out new insights that could lead to solutions for others building social impact businesses in rural areas.

Raju, a rural sales associate, was supposed to be the beneficiary of a Simpa Van Marketing Campaign to help him generate leads. Following the van campaign one day, I could tell Raju was distracted. He knew I was there to watch him and he wanted to bring in a lot of sales, but he mistakenly had brought a coconut from home. This special coconut was blessed in an earlier puja (religious ceremony), and his wife had to eat this coconut before eating anything else. 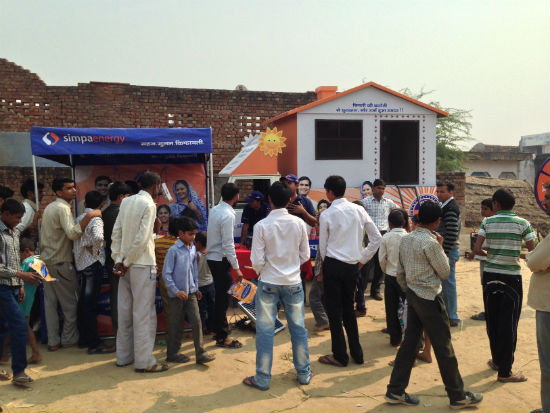 Raju's phone kept ringing. His wife didn't have her own transportation, so she couldn't eat until he returned with the coconut. Because rural India is so social, she told her family and friends, who put even more pressure on Raju. He relented and left the van campaign early without many leads.

While this situation is unique, religious ceremonies and festivals are numerous and often more important than work. Different festivals have varying levels of significance to different people, so in aggregate every festival affects somebody's work schedule.

These festivals are based on a lunar calendar, so each year they are on different days and dates, catching everyone off guard. We try to plan and build redundancy in our resource pool to minimize the effect of these festivals and celebrations.

Simpa's newly built channel of Village Level Entrepreneurs, branded Urja Mitras, was gaining momentum, building a positive brand in the Mathura District of Uttar Pradesh. Then suddenly, sales stopped. We had no product in Mathura. We had several hundred built, tested and packed in Bangalore, but were unable to move them into UP because we had run out of Form 38, a sales-tax tracking mechanism needed to move goods into UP. 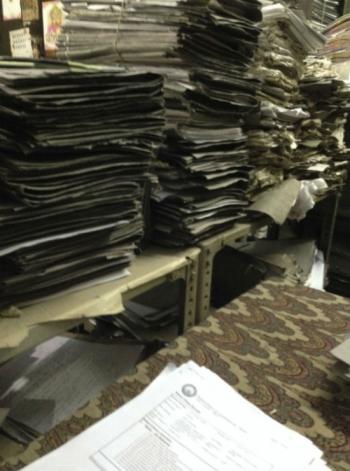 When a business registers for the first time in UP, it is issued five Form 38s. We apply for the paper Form 38s in the UP Sales Tax Office, where three government officials have to be present at the same time. We send the forms received in UP to Bangalore, where our procurement manager to carefully uses them for different suppliers. At the state border, Form 38s are checked and stamped.

Once we used up all five Form 38s through different suppliers (including any shipment from Simpa Bangalore) we collected all the paper Form 38s and return to the Sales Tax office to apply for another five more.

Form 38 statuses became the most important metric around Simpa. We built a calendar around their use. We ran out of stock several times because we had products ready, but no Form 38 to move them into UP. To make matters worse, in the middle of our worst stretch of managing Form 38, the UP Sales Tax Office went on a three-day strike.

Finally, after six months, we started to receive 10 and then 20 Form 38s at a time, making it much easier to get the needed components to UP.

This is just one of many confounding rules we must follow to do business, track taxes and move goods across state borders.

Yes, I can maybe do that later …

Everyone has seen the famous Indian head nod. It looks like it means yes or no, but it doesn't mean yes or no or even that I understand you. It simply means, "I acknowledge you are talking to me."

This mindset comes through in many other ways. I have observed that some Indian workers always say yes to the boss, even when they don't even understand the request. Execution in India can be incredibly difficult, so they always have several built-in excuses, such as "Office was closed, sir," or "Person was not available, sir" or "They are not picking up their phone, sir." 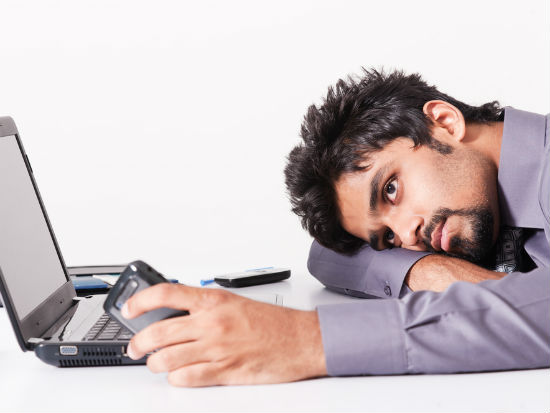 The team researched several V-PBXs and talked to sales folks, trying to see if their systems satisfied our requirements, but the salesmen didn't seem very knowledgeable. The team chose one, assuring me that all would be fine, but a week later it became apparent that we wouldn't be able to transfer our current Customer Service number to the new V-PBX. This made it utterly useless.

It took nearly two months to get everything in place and working.

I am as much to blame as anyone for not managing this tightly. This is just one of dozens of workstreams that were in motion. It was both simple and less strategic, which is why I left it mostly alone.

Leema's long journey to the job

For the icing on the cake, here is the story of our customer service manager, Leema.

I was thrilled when Leema's first day was upon us. Our previous customer service manager departed unexpectedly, leaving us with six weeks of shifting the responsibility between different people. Knowing it was important for Leema to develop customer empathy and see our product in action, I requested that her on-boarding occur in the field in Mathura after a first-day orientation in our new office in Noida. Her first day was a Monday, but the drama started even earlier. 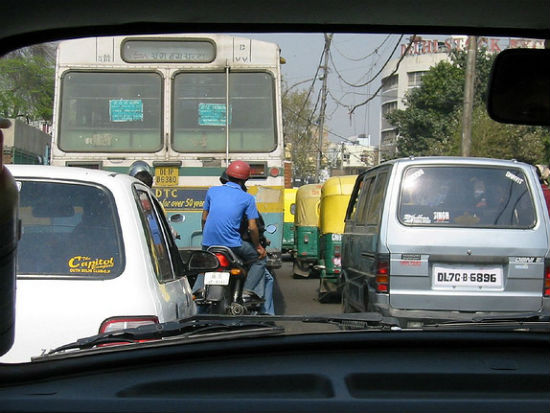 During the weekend, the HR manager changed the plan and had her come straight to Mathura — three hours from Delhi, and an unfamiliar area for Leema. She had to ask her husband to take a day off and drive her. On Monday morning, they set off for Simpa's Mathura office — which, to save on hotel costs, was also a guesthouse.

When Leema and her husband arrived in the morning, they saw Simpa employees — all men — waking up, heading to the bathroom, reading the paper and waiting for breakfast to be served. No one had explained this to Leema or her husband. Shocked to see such an office environment, they refused to come in. Our HR manager tried to explain the situation, but he wasn't able to get them (or at least the husband) to calm down.

India is still a pretty conservative place. Leema lives with her husband's family, and while professional relations with men are fine, she was not comfortable in this office/guesthouse. Her husband was much less comfortable. A few hours later, I met them at their hotel room to explain everything and try to defuse the situation.

After much private discussion with each other and calls home to his parents, the husband finally agreed to let Leema stay with the company and continue training. He wanted her home every night, though, and asked if she could commute to her house to Mathura and back for training every day that week. I agreed.

That was only the first act. The second act of the drama occurred the following week, when Leema discovered our new Noida office was in Sector 62, not Sector 18 as she had thought. Taking into account traffic, road conditions and road construction, this amounted to a two-hour-a-day difference. Leema had to spend three to four hours commuting round trip each day.

At this point, Leema was handling as much of the growing call volume as possible, but was also looking to hire more customer service agents. She found a promising one who accepted our offer and agreed to start in two weeks. However, the night before she was supposed to start, she said that she couldn't take the job because she had to travel for her brother's wedding. I didn't waste my time probing into that reason. I just let it go.

The third act began two weeks ago. Leema's uncle died, which took her away from work. Eager to return at the end of a week, she rushed and fell on a marble floor, causing a slipped disc. She is now on bed rest for a month.

She likely deserved a month's bed rest for all that we put her through, but it was just another day. India strikes again.

I hope these stories paint a picture of types of challenges companies, especially small companies who need to pivot quickly and execute precisely, face in rural India.

Image of man with Form 38 courtesy of Simpa Networks.

Behind the scenes of a cleantech startup in India

Building a startup in India: How to ensure employee success

IBM to Green Datacenters for REL of India