The Report Report: The latest sustainability leaders, and why you should share

The Report Report: The latest sustainability leaders, and why you should share

What it says: One name stands out here: Unilever. Not only was this the one company that boosted its influence in a big way on this annual report, but for the fourth year in a row it continued to lead the pack among those named as leaders. The brands following next include Patagonia, Interface, Marks & Spencer and Nestle and Natura. Other takeaways: Competitive pressure and green consumerism are perceived to be the biggest drivers of corporate sustainability over the next five years. In addition, technology and the private sector are seen as the biggest drivers of gains in the near future, while the economic aspects of sustainable development are anticipated to get more attention than environmental or social issues.

What we say: For the last two decades, this report has represented the opinions of leaders across sectors, including the corporate, nonprofit and academic circles. This year the analysis comes via 887 experts in 87 countries. It’s not meant to be objective. Instead, as the report itself admits, “It only reflects the prevailing opinion of experts as to which few of the many high performing companies are viewed as leaders, and as such, it is profoundly interesting.” 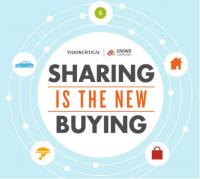 Sharing is the New Buying: How to Win in the Collaborative Economy

What it says: Care about innovation? Then learn to share. The sharing economy is growing, mainstream, pragmatic and satisfying — and each adjective gets its own chapter in this report. Companies and consumers are more connected than ever. The lines are being blurred between customers and the C-Suite. It’s not just about AirBnB, Lyft and Uber. Household brands are in on the game. Walgreens is working with TaskRabbit to enable prescription drug deliveries. BMW rents electric cars on demand, Zipcar-style. U-Haul uses crowdfunding. And that’s just the beginning as 80 percent of Americans are “sharers,” according to this report.

What we say: Behind the new consulting firm Crowd Companies is Jeremiah Owyang, sharing economy evangelist (and Web 2.0-era wunderkind). If you’re looking for ways to take advantage of emerging business models that tap into the wisdom of the crowd, start with his voice. This space is being invented day by day. Even if you’re skeptical about how this will shape up over the long-term, this unique 31-page report will introduce you to the possibilities. 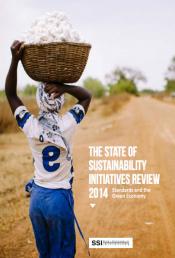 The State of Sustainability Initiatives Review 2013: Standards and the Green Economy

What we say: There’s a lot in this 300-page guide, including a full-page guide to the acronyms within. There's a look at market review, development, performance, supply and challenges, while providing context for standards and a market analysis. This is a rigorous, careful review. The authors take this seriously, stating that "Voluntary standards represent one of the most explicit efforts to balance purely 'economic' interests with a deeper sense of human morality by asserting the primacy of care and compassion for others." 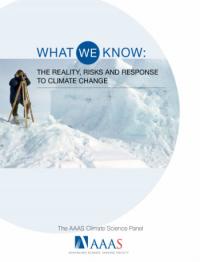 Source: American Association for the Advancement of Science

What it says: Rising seas, declining crops — you know the drill. This report is led by Nobel Prize winner Mario Molina, recently featured in The New York Times.

What we say: This is not specifically by, for or about business. Nor are there new scientific findings here. However, this is one of the best reports of the year so far on global warming. As a solid 18-page introduction to the big, broad issues, it’s worth bookmarking or keeping handy in your Dropbox folder for when you need to rattle off the stats, stat.

The Report Report: Rate the raters and build your reputation