Once upon a time I was infatuated with levelized cost of energy (LCOE). It has had staying power, in prevalent use for decades as a metric of choice to evaluate and compare the relative cost of different power generation sources — coal plants, natural gas combined cycle plants, rooftop and utility-scale solar PV, etc.

Saying "LCOE" just rolled off the tongue. I felt like a member of the energy cognoscenti using it. But alas, the honeymoon phase of my relationship with LCOE is over. She's lost her relevance as an energy metric of any significance. Allow me to explain.

At its most basic, LCOE is based on a simple equation, the result typically expressed in cents per kWh or sometimes dollars per MWh: the cost to build and operate a power-generating asset over its lifetime divided by the total power output of the asset over that lifetime. Media and industry reports alike are rife with updates about the LCOE for various generation sources based on the most recent available data for past years and best projections for future, such as the U.S. EIA's Annual Energy Outlook update last month to name just one.

Renewables advocates are especially fond of citing when renewable energy's LCOE beats fossil-fueled generation. And for sure, with continued falling costs for renewable energy, it's certainly noteworthy when renewables beat long-standing incumbent fossil fuels. From this perspective it's tempting to hold on to LCOE as a way to show that renewables can win and indeed are doing just that.

But I recently had a troubling epiphany about LCOE and it is this. Desirable shifts in how we as a nation and as individual consumers — whether a residential home or commercial real estate property — manage, produce and consume electricity actually can make LCOE numbers look worse, not better. This is particularly true when considering the influence of energy efficiency.

Take utility-scale generation, for example. If you're planning a new, big central power plant, you want to get the best value — and the lowest LCOE — possible. For the cost of any given power-generating asset, that comes through maximizing the number of kWh it cranks out over its economic lifetime, which runs exactly counter to the highly cost-effective energy efficiency that has been a driving force behind the country's flat and even declining electricity demand. On the flip side, planning new big, central power plants without taking continued energy efficiency gains into account risks overestimating the number of kWh we'd need from them and thus lowballing their LCOE.

This dichotomy between the desirable outcomes energy efficiency creates and the negative impact efficiency has on LCOE is even more pronounced and relevant when it comes to rooftop solar. The average American home consumes a touch over 10,800 kWh per year, while energy use accounts for the single largest operating expense in commercial office buildings, according to the U.S. Energy Star program. Assuming I wanted to purchase and install a rooftop solar PV system to meet my total annual need, I could either size the system to match my full load or first invest in comparatively inexpensive energy efficiency improvements to make my home or commercial building significantly more efficient, and then install a smaller (and cheaper) system.

The problem with LCOE

If I were making my decision about solar PV based on LCOE, however, I'd come up against a problem: the second option probably would make my smaller, cheaper solar PV system's LCOE worse. There are a number of reasons why that would be the case. Here's one: my kWh needs — and thus my smaller system's output — would have reduced by more than the difference in the cost of the two system sizes. When the kWh drop faster than the system cost, LCOE goes up.

It shouldn't be that way, especially as a metric I might use to make decisions about whether to install rooftop solar, what size system to install if I do and how energy efficiency could factor into the equation. LCOE can be misleading. When we shift the discussion from central power plants to distributed rooftop solar, LCOE loses its relevance.

If I'm a homeowner or business considering purchasing rooftop solar outright, do I care more about the per-unit value (LCOE) or my total out-of-pocket or lifetime system cost? Keep in mind: Installed costs for solar have dropped by more than 50 percent for commercial customers in the last decade, according to the Solar Energy Industries Association. Compare this choice to real estate and buying a home or buying or leasing commercial space. If I cared more about the per-unit value I'm getting, I'd buy or lease based on the per-square-foot cost of the real estate. More likely though, what I care about instead are questions such as: What does the house or building cost? And will it meet my needs? The per-unit value is less important than the thing considered as a whole. 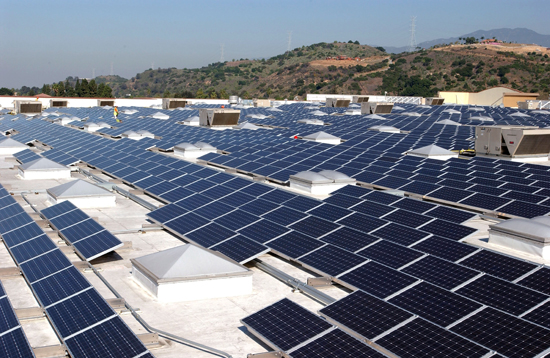 Take the analogy further. Whether we're talking a building or rooftop solar, chances are pretty high that I'll finance the purchase over a period of time, such as 15, 20 or 30 years. That means I really ought to take financing costs into account in addition to the actual cost of the asset. Based on consumer behavior, I'm a lot less likely to care about total principal plus interest and a lot more about my actual monthly payment. Can I afford the payment? How does it compare to my paycheck or business's cash flow? How does my mortgage or lease payment contrast with my current rent or real estate costs? And how does my rooftop solar payment compare to my current utility bill?

Each step toward a financial metric more meaningful to me as a residential or commercial customer takes rooftop solar further from an LCOE-type analysis. This is something third-party providers such as SolarCity already have figured out. Their offerings, whether a monthly lease or PPA, allow you to do a 1:1 comparison against your current utility bill. At least in terms of customer-facing metrics, they've gone away from something like LCOE and toward something that matters to me and is relatable to other aspects of my life. They know how to talk about electricity with their customers in terms of their electricity bills pre-solar and post-solar.

Who cares about LCOE?

Many people going solar are engaged customers and card-carrying members of the renewable energy choir. Or they're the energy-savvy commercial customers that have installed more than 3,300 MW of solar power through mid-2013 as a way to lower their energy costs, improve their bottom line and gain competitive advantage. They're going solar and reading about its LCOE — they hear that solar's LCOE is beating other forms of power generation, and they might come to believe that LCOE is the only metric that matters. And if you hang your hat on solar's LCOE, and that LCOE is favorable, why build anything other than solar? 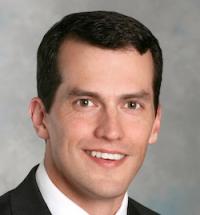 "Utilities understand LCOE is a metric with limitations," explains RMI electricity principal Owen Smith. "At times they're frustrated it's held up by other stakeholders to be more than it should be. LCOE is instructive, but it isn't sufficient."

Indeed, the U.S. EIA and others have noted LCOE's shortcomings and proposed alternatives, such as levelized avoided cost of energy.

LCOE, for example, fails to take into account the time of day during which an asset can produce power, where it can be installed on the grid and its carbon intensity, among many other variables. That's why, in addition to levelized avoided cost of energy, utilities and other electricity system stakeholders such as PJM have used benefit/cost calculations and an asset's capacity value or contribution to peak on a system or circuit level.

So why, then, does LCOE remain so stubbornly persistent as an energy metric?

"The raw simplicity of it," says Smith.

And therein lies the rub. Customers crave a degree of simplicity, even if it's a straightforward price tag or monthly payment estimate rather than an LCOE calculation for a potential rooftop solar system. But the electricity system soon will need to move beyond such simple treatments of energy costs and values. A day is coming when electricity prices will unbundle and energy resources, such as rooftop solar, will be more accurately valued according to their myriad potential benefits and costs. In an electricity world like that, LCOE would fall down. But what will replace it?

"Ignorance is bliss," says Smith. "When pricing becomes dynamic, with value changing continuously over the course of a day, through time, and by location, we'll no longer be able to say that solar's LCOE is 'X.' The complexity can start to make your head hurt, and consumers could be tempted to simply say, 'Now I just give up. I'm good as is.'"

That complexity also can make it more challenging for businesses considering going solar to evaluate the decision.

Bridging the divide between the complexity and detail utilities, customers and others need to make sound energy investment decisions and the relative simplicity residential and commercial customers often crave will require a transition. Smith and his colleagues at RMI and eLab are working on a forthcoming paper, due out later this year, that will address just that.

In the meantime, I don't pretend that LCOE will disappear overnight, or even anytime soon. But I do believe it's high time to evolve toward another metric or metrics (plural) that better account for all the important variables in play in our electric system and to translate those variables in a meaningful way for customers.

The train has left the station on renewable energy