Climate change poses challenges for many industries, but it's particularly troublesome for the $81 billion global coffee industry, which relies on a fussy plant that likes temperatures to be within a band of about 19 to 25 degrees Celsius.

"The plants really do require just the right amount of moisture and as temperatures rise, we expect coffee production to fall and also pressure on forested highlands [that are] important biodiversity hotspots," says Ellen Kennedy, manager of environment and climate change for Calvert Investments, a sustainable and responsible investment firm managing more than $13 billion of assets. "If you think about where temperature will be cooler, disease like coffee rust less likely and where there will be more moisture, it will be in areas that are higher up."

In response, major players such as Starbucks, Keurig Green Mountain, McDonald's and the J.M. Smucker Company are taking action.

While working on international development in Central America and South America during her pre-Calvert days, Kennedy remembers visiting a shade-grown coffee farm. The farm was participating in a Conservation Coffee program run by the nonprofit Conservation International and Starbucks. That program now involves more than 700 farms surrounding the El Triunfo Biosphere Reserve in Chiapas, Mexico.

"This one cloud forest has over 300 species of birds, or about 3 percent of the bird species globally," she says. "It's just this priceless source of biodiversity. It's beautiful. If you get a chance to go, you should go."

She recalls hiking up through the park and seeing coffee drying at lower elevations. As she traveled higher, she entered a forest that not only provided shade for coffee plants but habitat for animals and protection in terms of water conservation.

"When this program was first introduced, coffee farmer incomes in that area jumped significantly and farmers shortly after the program launched received an 86 percent premium over local coffee prices for shade-grown coffee," she says. "There was a followup study done of this El Triunfo program, and it showed that 99 percent of the coffee farms had not converted their forests into cropland, so in this case it was demonstrating to the farmers there that there was a real economic benefit in preserving the forest cover." 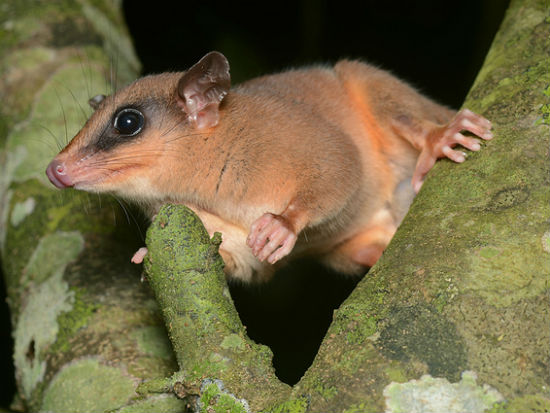 According to Starbucks, the company has invested $15 million to date with Conservation International, a portion of which helped to expand the Conservation Coffee program in Central America, Peru and Colombia.

When you think of the Smuckers brand, jams and jellies probably come to mind, but as of January coffee actually accounted for 47 percent of the J.M. Smucker Company's sales. Dunkin' Donuts, Folgers and Millstone are all Smuckers coffee brands.

Kennedy says two years ago Calvert Investments and a peer sustainable and responsible investment fund, Trillium Asset Management, filed a shareholder resolution with the company, asking it to report to investors on how it would deal with climate risks in the coffee supply chain because at the time very little of the company's coffee supply was certified to be responsibly sourced.

"While certified coffee doesn't mean necessarily that the growers are absolutely going to avoid climate risk, it's one of the best indicators that we have that a company and its supply chain are on the right track," she says.

In 2012 Smuckers announced it would use certified coffee for 10 percent of its retail supply by 2016. To support smallholders the company also partners with TechnoServe, a nonprofit trying to eradicate poverty, and the Hanns R. Neumann Stiftung Foundation.

"[T]he Folgers partnership with TechnoServe began well before we acquired the brand [in 2008]," Maribeth Burns, Smuckers VP of corporate communications, told me via email.

She says the company also partners with World Coffee Research to address the unique environmental conditions necessary for coffee production including elevation, temperature, precipitation and soil.

"Our efforts with WCR are dedicated to increasing the availability of Arabica coffee in a sustainable manner through research and development — specifically on the science of coffee in order to develop hybrid varieties using classic breeding techniques," she wrote.

As one of the world's largest fast food chains (now surpassed by Subway), McDonald's sells a lot of coffee. According to Kennedy, McD's has made good progress toward responsibly sourcing its java, with 25 percent of its global supply now purchased from sustainable sources certified mostly from Rainforest Alliance. The company also has invested $6 million in training coffee farmers. 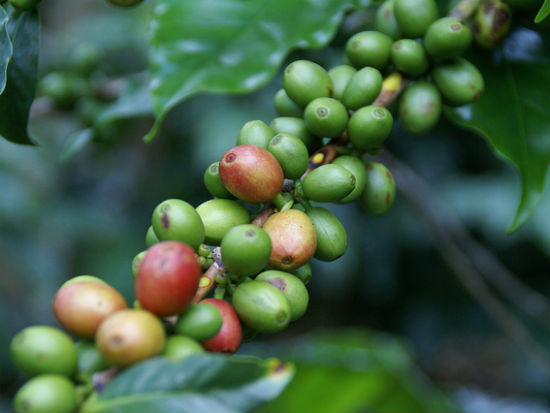 But she points to Keurig Green Mountain as one of the largest purchasers of Fair Trade coffee and says the company has provided $22 million in community development funds to farmers.

Ed Canty, lead coffee buyer for the company, responded to my queries about the company's practices via email. He said in the fiscal year 2013 more than 26 percent of the coffee Keurig Green Mountain purchased was Fair Trade Certified, representing 56.8 million pounds of coffee, up from about 51 million pounds in the year prior. In all, 95 Keurig Green Mountain products are Fair Trade Certified.

In 2012, the company also announced that every new Green Mountain Coffee product it introduced for broad distribution would be Fair Trade Certified.

Brewing a greener cuppa joe at Starbucks and Thanksgiving Coffee