Shell has become the latest oil giant to dismiss the risk of a "carbon bubble," following similar moves from BP and ExxonMobil to downplay predictions that a growing body of environmental legislation and emerging clean technologies will result in stranded fossil fuel assets and constrained production.

In a letter (PDF) to shareholders issued ahead of the company AGM this week, Shell executive vice president JJ Traynor insisted the "carbon bubble" theory contains "fundamental flaws" and that fossil fuels will remain the major energy source for the global economy, accounting for more than half of consumption by 2050 compared to around 80 percent today.

The carbon bubble theory, popularized by the Carbon Tracker NGO in recent years, argues that burning all known fossil fuel reserves would result in the world tearing past the internationally agreed target of limiting average global temperature increased to 2 degrees Celsius, the point at which scientists have warned runaway climate change could be sparked.

Countries already have agreed to enact legislation to ensure a 2 degrees Celsius limit to warming, which according to Carbon Tracker could mean up to two-thirds of all known fossil fuel reserves will have to stay in the ground, with a huge knock-on effect for the market valuations of oil, gas and coal companies and the pension funds investing in them.

The theory has gained significant traction, with growing numbers of investors voicing concerns that both climate legislation and competing clean technologies, such as renewables and electric cars, could end up making long-term investments in carbon-intensive infrastructure uneconomic.

But Shell argued that while global action to tackle climate change may be gathering pace, a low-carbon transition will "inevitably take decades" as the world remains locked into high-carbon infrastructure and energy assets.

"Shell does not believe that any of its proven reserves will become stranded as a result of current or reasonably foreseeable future legislation concerning carbon," the letter reads. "There is a risk that focusing on stranded assets or the concept of the carbon bubble distracts attention away from the reality of a growing population, increasing prosperity and growing energy demand.

"A fundamental transition of the energy system will be needed but that will take considerably longer than some alarmist interpretations of the unburnable carbon issue would have the public believe." 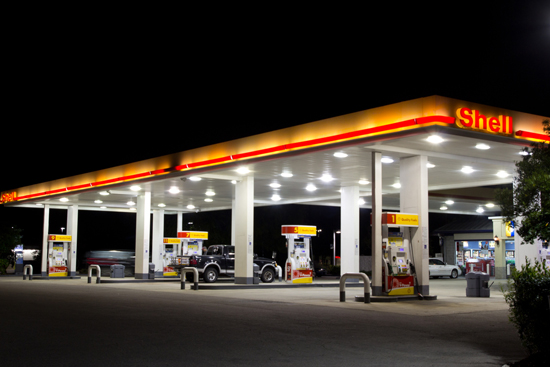 Earlier this year, Shell had appeared to set itself apart from its rivals by acknowledging environmental legislation did pose a risk to future profits in its 2013 financial report, which also outlined how the company may have to identify "publically acceptable" and "economically viable" ways to reduce its emissions or face delays to projects and higher costs.

However, it now has joined BP, which claimed the carbon bubble theory overestimates the potential risk, and Exxon, which came under pressure to analyze its exposure to climate risk and issued a report in response that was equally insistent its entire hydrocarbon reserves will be needed to address global energy demand.

However, Carbon Tracker's most recent report highlighted that in addition to long-term carbon bubble risks, many new oil projects face significant technical challenges that have hampered efforts to develop oil sands or drill in the Arctic. Shell itself recently announced it has postponed controversial plans to drill in the Arctic until 2015.

The NGO warned these challenges have pushed up capital costs to such a level that even a relatively modest fall in oil prices pre-empted by fuel efficiency gains, improvements in clean technology, a slowdown in the Chinese economy, climate legislation or a combination of these factors could leave more than $1 trillion of planned oil projects at risk of becoming uneconomic.

Shell's letter points to carbon capture and storage as "a key technology" for addressing climate change cost-effectively and insists it uses an internal carbon price to judge the long-term viability of projects, while also investing in biofuels, growing natural gas applications and improving operational energy efficiency.

But Carbon Tracker recently warned that despite these commitments to curbing emissions growth, Shell still had failed to adequately address the carbon bubble risks it faces. "Shell does not explain how it is solving the contradiction between the predictions of high oil demand and its acceptance of the need to address climate change," the NGO said in a statement. "Carbon Tracker argues that high-cost production and growing oil demand assumptions are inconsistent with a more resilient global economy and stable global climate."

Traynor admitted that shareholders concerns about the prospect of a carbon bubble had prompted his letter. Whether he has done enough to reassure them will be revealed at the AGM.