Unmanned aerial vehicles bring to mind the early days of the PC. Civilian drones are the darlings of hobbyists, while their potential at home and at work is still to be grasped by the public at large. Meanwhile, experts are already musing about the various ways drones can advance environmental sustainability.

Internet retail giant Amazon helped bring drones into the mainstream consciousness last winter with a video of research project Prime Air. Its goal: using a flying robot to pick up and deliver a package to a person’s front door in 30 minutes. Amazon claims that Federal Aviation Administration regulatory hurdles are the only remaining obstacle towards bringing Prime Air to market.

Other tech companies have gotten the flying robot bug as well. Earlier this year, Google and Facebook fought over acquiring Titan Aerospace, a company in New Mexico that develops solar-powered autonomous airplanes that could provide Internet access to remote areas. (Google won.)

Experts interviewed at a recent MIT Enterprise Forum event agreed that it will take a few years for drones to move beyond the hobbyist phase into commercial applications. They especially recognized that a number of issues around safety and privacy will need to be resolved before commercial activity can flourish.

They also agreed that, assuming that the FAA establishes rules for commercial drone use and that no privacy backlash hampers commercialization, drones have the potential to help the planet in a few areas.

Aerial photography enabled by drones could be a boon to agriculture. As a matter of fact, trade group Association for Unmanned Vehicle Systems International predicts that 80 percent of commercial drone use will be in agriculture. RoboFlight already has implemented the idea to use cameras to monitor farmland or livestock for potential problems such as underwatered areas or bug infestations. The company has designed an unmanned aerial vehicle to fly over large farms and create digital maps of crop fields.

Universities specialized in agriculture research could benefit also from having up-to-the-minute data on how their experimental crops are faring.

Last but not least, collecting more detailed information on the state of farmland also offers environmental benefits, said drone owner and operator Terry Holland. “Treatment with pesticides or herbicides (can be) pinpointed in just the threatened area. This will result in cheaper crops, less food contamination, less water contamination from runoff and less worker exposure to unhealthy conditions because much less chemical intervention will be required,” he claimed. 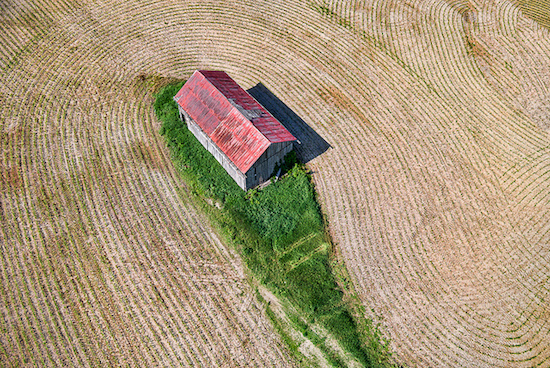 Drones for monitoring buildings and equipment

Sending trained personnel to inspect wind turbines, solar farms, bridges or cell-phone towers is always an expensive, often risky, affair. Not so much, however, when people are replaced with camera-equipped flying robots.

“Getting eyeballs in the right places is the natural role of drones,” asserted Helen Greiner, co-founder of robotic vacuum maker iRobot and CEO of CyPhy Works.

Danvers, Mass.-based CyPhy Works is developing a series of drones that don a thin filament to provide power and a network connection. Because the drones don’t run on batteries, they can stay aloft indefinitely. This “tower in a box” opens up a number of new applications such as monitoring a company campus or important assets. Greiner predicts that drones coupled with video analytics will be able to spot potential problems in outdoor areas within three or four years.

“Once you have a bird's-eye view, the computer can see where people are walking and map that to what is expected in order to see if there's an anomaly. The same can be done for cars or animals or crops growing,” she explained.

Photographers and videographers have started to use drones to produce stunning images of wildlife that would be very hard or expensive to obtain otherwise. Last year, National Geographic photographers shot intimate photos of a lion pack in Africa using a remote-controlled robot. A photographer made waves earlier this year with aerial videos of migrations in the Serengeti. 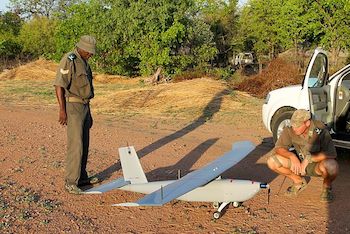 Unmanned aerial vehicles can be used to perform environmental science as well. Often, scientists will want to monitor one particular area for a period of time in order to track changes. For example, a buoy could listen for whales in a particular region. A robot could fly out to get that data, which then could be used to establish safe shipping lanes.

“A robot would be able to repeatedly see what’s going on with a population or a microhabitat. Scientists probably don’t have funding to send people out every day but they still could get really good readings,” explained Patrick Edwards-Daugherty, CEO of Pleiades, a Canadian start-up developing an autonomous flying robot for home use called Spiri.

Scientists created Conservation Drones to explore many uses of flying unmanned vehicles such as monitoring endangered animals from poachers. In Nebraska, journalists have used drones to film the effects of drought to help people visualize and understand the dramatic impact on river systems.

As the prices for consumer drones come down and regulatory barriers are addressed, many an environmentalist likely will find valuable applications for flying robots. As for delivering a package to your door, it’s hardly science fiction, according to CyPhy Works’ Greiner. “I don’t see any reason why it can’t be done from a technical point of view,” she mused.