Whether it's the Nile Delta, the Seine, the Saint Lawrence, the Rio de la Plata, Rotterdam, the Thames or one of many others, estuaries have much in common. They are the heart and lifeblood of cities and many countries; and places where people gather, cities are built, trade ripens and flows, ports thrive, ships bring goods, tourists throng, farmers toil, people fish and animals and birds flourish.

This month, France plays host to an inaugural meeting bringing together a range of business interests, academics, researchers and green interests to focus on the future of estuaries.

Studying the flow of goods and income

Such economic and environmental potential is both a strength and weakness. What if estuaries cross regional borders or countries? How important is it that they are freshwater, saltwater or both? Do mechanisms exist to ensure that businesses built at the waters' edge don't simultaneously pollute and destroy the very area they are built upon? And how do governments look at solutions that work with the environment rather than against it when considering, for example, flood protection?

The Seine, which has long inspired artists as well as catalyzed business and trade in history, supports 35 percent of all French business. The French authorities have had a programme in place for many years to manage the risks associated with industrial activity along the Seine. However, looking to the future and with the incentive of higher economic growth, politicians in Normandy decided it would be prudent see what was happening in the wider world of estuary management and what lessons and experiences could be shared. 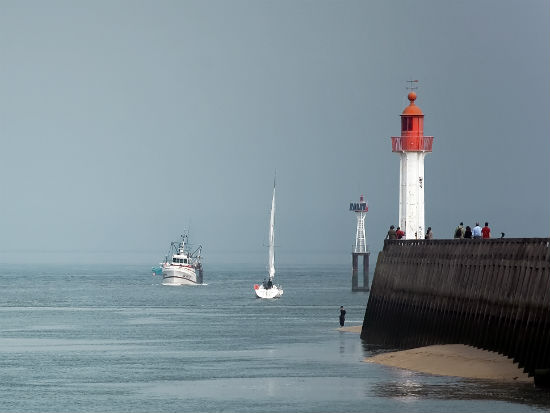 The result is an upcoming three-day meeting, the first Global Estuaries Forum, at the end of June. It is organized by the mayors of Le Havre and popular tourist resort Deauville.

Consequences from climate change are likely to be diverse and perhaps unpredictable. When trading it could mean that companies will have to use smaller vessels for inland shipping: for example, along the Rhine in Germany or across the Great Lakes in North America. An increase in storms in some regions could impact ocean shipping routes by raising shipping dues, along with the additional cost of extra safety measures. Vessels may even have to take longer routes that are less storm-prone. All this and more will need to be planned for.

Infrastructure hangs in the balance

Coastal infrastructure including ports, roads, rail and airports are particularly vulnerable to flooding and erosion as a result of sea-level rise and extreme weather events, including more intense rainfall, high winds and storm surges.

Recent events illustrate the threat well. Hurricane Katrina in 2005 caused damage estimated at $100 million to Mississippi ports. 2012's Hurricane Sandy shut down the Port of New York for a week, causing around $50 billion in damage. Globally, the value of all coastal assets exposed to flooding was estimated at 5 percent of GDP in 2005, and this could rise to 9 percent of projected GDP in 2070. 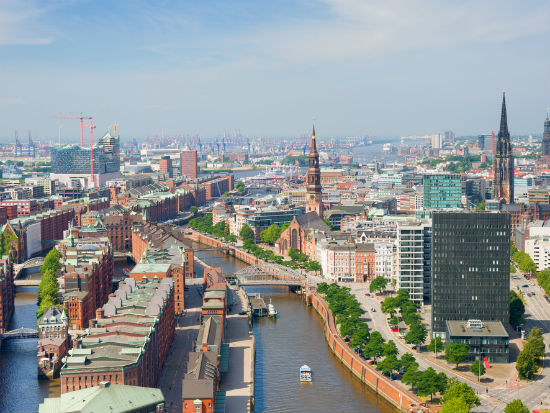 Urban infrastructure and landscape designs will have to change as trade increases and the weather changes. Architects in the Netherlands are already building resilient infrastructures that let the water in instead of shutting it out.

This may sound counterintuitive, but they are striving to live with nature, rather than fight what will inevitably be a losing battle. In lieu of flood control, it seems that the new philosophy in the Netherlands is controlled flooding. As sea levels continue to rise with unabated climate change, perhaps this is a model other cities follow in the future.

To adapt to future storm surges, nations may have to increase conservation or restoration of habitats such as deltas, dunes and wetlands. Hard infrastructure adaptation could include strengthening barriers for coastal roads, or realigning these to higher locations to cope with sea-level rise. Long-term coastal adaptation may need to include enhanced sea defenses, barriers and coastal barrages. Estuaries of course flow across regions and countries, regardless of administrative borders. Who manages and pays for what could be a challenge.

Cities and human lives at risk

The value of estuaries is beyond commercial. They help sustain coastal fisheries, support livelihoods, coastal biodiversity, efficient nutrient cycling, absorb storm energy and provide flood protection and drainage, not to mention tourism and recreation. About 60 percent of the world's population lives along estuaries and coastal areas. Of the 32 largest cities in the world, 22 are located on estuaries and 90 percent of Europe's international trade passes through estuaries and their adjacent ports.

According to according to Philippe Mandonnet, director of the Forum, France's major challenge of the coming years is to increase the traffic of the Port of Le Havre and to attract new business while safeguarding activities such as tourism, agriculture and fisheries, which all need healthy and balanced ecosystems.

I imagine this is not dissimilar to the needs of other countries, trying to maintain the delicate balance between economic growth and sustainability. The meeting in Deauville may go some way towards establishing a blueprint, which alongside preparations for the global climate change conference in 2015 in Paris may shape the future for the millions of people and businesses around the globe reliant on these critical thresholds between fresh and salt water.

Top image of Shanghai and Huangpu River by chungking via Shutterstock.