What happens when the lions and lionesses of the sustainable business world come together to advocate for saner, proactive policies to combat climate change? We’re about to find out.

We Mean Business describes itself as “a coalition of the world's most influential businesses calling for ambitious climate policy and bold climate action.” The new group — a coalition of coalitions, really — aims to fill a void to counter well-heeled trade groups, think tanks and corporate lobbyists aimed at maintaining the status quo.

“It’s time to recognize that meeting the climate challenge is our greatest economic opportunity,” the group declares on its website.

The founders include BSR, The B Team, CDP, Ceres, the Climate Group, the Prince of Wales Corporate Leaders Group and the World Business Council on Sustainable Development, along with a few corporate sustainability executives acting largely behind the scenes. The group has been in formation since last fall and is just beginning to ramp up its activities. They’ll be meeting this week in Paris at BSR’s Spring Forum.

I recently spoke to two of the key players to learn more about what We Mean Business is planning.

The group emerged out of a series of conversations held by heads of several founding organizations as they met up at various conferences and climate events during 2013. This wasn’t the first time some of these groups had come together to discuss how to leverage collective action.

However, “there was a sense beginning last year that the time was ripe to again look to raise the business voice in calling for strong policy frameworks to address climate,” BSR president Aron Cramer told me recently. “The economy had stabilized and people were beginning to look ahead with more focus toward COP21 in Paris at the end of 2015 — which in the view of many is a pivotal moment in terms of coming up with an international agreement to address climate change.”

Cramer was one of several organizational leaders who became engaged on the idea of pulling together to move the needle on climate policy. The group included Mindy Lubber from Ceres, Mark Kenber from The Climate Group, Nigel Topping and Paul Dickinson from the Carbon Disclosure Project, and Peter Bakker from the World Business Council. Also at the table were two corporate sustainability execs, Hannah Jones from Nike and Steve Howard from IKEA.

“There are a lot of good and credible NGOs and business groups working on climate change for more than 10 years,” said Steve Howard, chief sustainability officer at IKEA Group. “But we were still politically stuck. The proactive, progressive business voice wasn’t breaking through. Meanwhile, the business voice that wants to maintain the status quo has been well-organized, well-funded and has continued to create doubt amongst the policy makers.”

The solution, said Howard: “Let’s have these leading organizations all collaborate together so we’re not being pulled in 10 different ways. We needed more of a unified approach on this.”

It seems ambitious. Is it even possible for all these groups — and the 500 or so mostly large companies they collectively represent — to have a unified view on anything, let alone climate policy?

The idea, said Howard, is to start with the high-level concepts on which there is little disagreement. “We all want to see climate change policy that’s consistent with the science. There’s a strong support for a meaningful price on carbon. And we all want a policy framework that creates sufficient certainty that unlocks investment and innovation.” 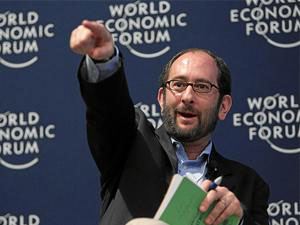 As Cramer recalls: “From Hannah [Jones] and Steve [Howard] there was almost a challenge to organizations like BSR: ‘How can you all work together more effectively to amplify your respective strengths, amplify voices and come up with some common points of view and some common efforts?’”

Last fall, IKEA hosted a meeting of the core members, in Wassenaar in western Netherlands. That led to an agreement among the six founding organizations to work together. The B Team — another business leader action network, founded by Richard Branson and others — joined earlier this year.

I suggested to Cramer that we’ve seen this movie before, from USCAP to BICEP to any number of other efforts to bring companies together for collective action on climate change policy. What, I asked, suggests that this one will be any different?

“We have seen this movie before,” he acknowledged. “And if it looks like Groundhog Day, where the same scenes keep repeating over and over again, we won’t get anywhere. But if it’s more like a sequel, where we build a new story based on what’s come before, there’s a chance for a different outcome.”

He continued: “I think it is crucial to learn from the lessons of what transpired. Let’s remember that one of the reasons things didn’t go as far as we might have liked was a little thing called the Great Recession. The economy essentially collapsed in the midst of USCAP’s life. And one could argue that but for the recession, the movie would have played out differently.

“That said, I think there are some important lessons to learn. One is that you need to build the broadest possible business coalition, including companies in different sectors who have very different interests. It requires a lot of care and feeding to bring people along with you with respect to that. There needs to be an understanding of how economies are strengthened by decisive action on climate. We’ve learned a lot from the past few years, and some companies have been able to obtain advantage in the marketplace even though it remains, quite frankly, at the margins. There’s an opportunity to build new business models that take things forward.”

Beating back the bogeyman

Part of the plan is for these companies to make it known that regulation needn’t be the bogeyman that some business advocacy groups have made it out to be. “We’re fine with well-designed regulation, the sort of thing that the EPA is now proposing in the U.S.,” said Howard. “Well-designed regulation creates a level of certainty. You can plan against it and invest against it.” 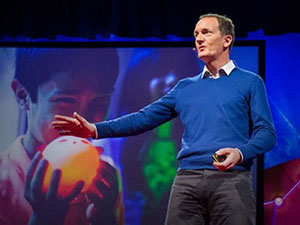 But it’s not just regulation. Part of what’s needed, Howard said, is a general agreement on what level of action is called for. “We’re going for aggressive decarbonization,” he said, speaking of IKEA. “That’s not a whip to beat ourselves with — that’s an innovation opportunity. We know that we can do that as a business. And we can see we’ve not solved all of that yet, but we can see from our own emissions where we can turn things on their head.”

It will be interesting to watch whether and how We Mean Business is able to catalyze agreement and action on the part of the private sector — and how much influence the groups can have on the public sector. Funding is one issue. Countering the money being spent by so-called climate denier organizations will require massive sums. A study last year by Drexel University environmental sociologist Robert Brulle found that 140 foundations funneled $558 million to almost 100 climate denial organizations from 2003 to 2010.

Howard said, “Within three months we’ll have some very significant funders lined up,” although he was not ready to disclose the source or the amount. IKEA, too, plans to kick in, he said. “We basically have put an amount of cash to one side for it. Why have we done that? Because we can, and because it’s important. If you’re in a position of influence, it’s time to step up to the plate and counter people who have been trying to slow this down and stop it from happening. We’ve got to step up. And we might fail, but if we don’t try, then shame on us.”

And then there’s the whole question of how well these disparate groups — each with their own agendas, funders and programs — can work together. “The sustainability community is a community that preaches the value of collaboration,” said Cramer.

“And if I can be self-critical, I would say that our organizations don’t always do the best job of actually collaborating. So, I think this is a really exciting opportunity for organizations that more or less have similar objectives to think in a more coordinated way about how we can have greater impact, and deliver greater value, and ultimately be better able to achieve our goals. This is certainly not the first time this has happened, but I think it’s a significant group of organizations that bring a lot of different strengths to the table. My hope is that working together we can have more impact than we can have individually.”

Said Howard: “We need businesses to say, ‘Even if we have challenges we don’t know how we’re going to solve, we know that with our best people and our assets, these are solvable problems. And actually, this is a fantastic source of the next wave of innovation for us.’

“And then choose to be on the right side of history on this. It’s time to go all in.”