It’s not every day that I get a transatlantic invitation by a major city to talk about green business. So when the French city of Nantes and its surrounding Pays de la Loire region invited me to visit to explore how GreenBiz could work with them, I jumped at the chance.

Nantes is France’s sixth biggest city, 600,000 strong. Two hours by the high-speed TGV train from Paris, it’s perfectly situated adjacent to the famous Loire Valley on one side and the Brittany coast on the other.

A former shipbuilding capital figuring out its post-industrial future, Nantes was named by the European Union as the European Green Capital for 2013 (video below).

The award was based on three criteria: the achievement of high environmental standards; a commitment to ambitious goals for further environmental improvement and sustainable development; and finally, acting as a role model to inspire others and promote best practices among European cities.

Nantes won the award based on a number of criteria including:

1. An ambitious Climate Action Plan to reduce CO2 emissions by 30 percent per capita by 2020.

The center, and the centerpiece, of Nantes is the so-called Ile des Machines. This is a massive brownfield site: an island in the center of town surrounded by the Loire River, formerly a shipbuilding area employing 60,000 workers.

Today Iles des Machines is a creative hub and eco-district brimming with lofts, design studios, art galleries and ample public spaces. The hallmark is a 40-foot-tall, 49-ton steel mechanical moving elephant. But if you stay in the city long enough you can see other amazing moving creatures, such as a 20-foot ant or a 50-foot grandma. 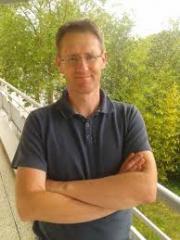 Pretty trippy. It’s no coincidence that Nantes is the birthplace of novelist Jules Verne. To put it in a West coast American perspective, Nantes is like Burning Man meets Maker Faire, in a green, post-industrial city.

Beyond the wild and crazy mechanical creatures, Nantes is staking its bet more prosaically around two key points: First, that quality of life, affordability and geography, set two hours by train from Paris, will make it an attractive growth region the next few decades. Next, that those green and digital technologies will bring a wave of startups that will fuel Nantes' economy, just as shipbuilding did in former years.

In my two days in Nantes I met lots of smart entrepreneurs playing at the intersection of green and digital. Thierry Leboucq is one such player. His company Kaliterre is a player in Green IT. It provides IT services and makes apps such as GreeniScore. The name of the company comes from Kali, the Hindu goddess of reconstruction, and “terre,” which is earth in French. The guiding philosophy is to help regenerate the planet through the smart and practical use of technology.

At the Web2Day conference in Nantes, I met a bunch of other companies (“les start-ups” as the French are fond of saying) singing the dual mantras of green technology and Silicon Valley-style entrepreneurial ethics.

Nantes really seems well-positioned to become a mecca for a green and digital economy in the future. Its infrastructure, futuristic orientation and geography are great assets.

With so many cities competing for green and tech, can Nantes build a new greentech hub?

That’s the elephant in the room. Or in the street, so to speak.

Top image of the Great Elephant of Nantes by Pete May

Lessons from the World Mayors Summit on Climate Change

Conservation vs green growth: Which is going to win?