For the third year now the international think tank Sustainia has released its “Sustainia100” guide. The idea behind the competition is to identify the 100 most promising sustainability solutions from around the world. With a focus on advocating readily available, financially viable and scalable innovations, Sustainia's mission is to mature markets for sustainable products and services.

We hereby present nine of the most interesting projects:

There is a reason most modern office buildings feature an abundance of glass: Natural light and expansive views enhance both creativity and productivity. But there is a downside: Conventional glass at times tends to let too much sun into a building which heats it up. At other times, valuable heating energy literally goes out the window. The U.S. Green Building Council estimates that buildings in the U.S. account for 70 percent of the country's electricity load and emit more carbon dioxide than cars or the industrial sector. 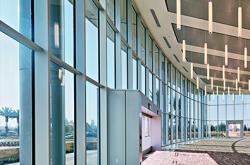 This is where smart glass can have a big impact. “Dynamic Glass,” as the Milpitas, Calif.-based manufacturer View Inc. calls its product, automatically adjusts to the amount of light and heat it lets pass into building. That's made possible by an electrochromic coating between two layers of glass that can be dimmed by applying a small current. Albeit expensive, smart glass saves heating, ventilation, air conditioning and lighting costs. “Dynamic Glass” can reduce energy consumption by up to 20 percent in a typical commercial installation, View states.

What if your new plastic garden chairs not only were not made from oil but actually captured greenhouse gases in the production process? While that might sound too good to be true, it's exactly what Newlight Technologes in Irvine, Calif., does. The company produces AirCarbon, a carbon-negative plastic that uses carbon from methane and other greenhouse gases from the air. AirCarbon is being produced on a commercial scale at two production sites in California, and is used to make chairs, bags and cell phone cases. Costumers include Sprint, Dell and giants in the furniture and packaging industries.

According to Sustainia100, both the research firm Trucost and the National Science Foundation, independently have verified that the products made from AirCarbon are actually carbon-negative, even after calculating the emissions from the energy used in the production process.

“Climate change can be solved with market-driven solutions like AirCarbon to reverse the flow of carbon,” said Newlight Technologies Co-Founder and CEO Mark Herrema.

His company estimates that if 63 percent of global fossil fuel-based plastics were replaced with carbon-negative plastic, it would capture enough carbon on an annual basis to stabilize climate change by 2050. 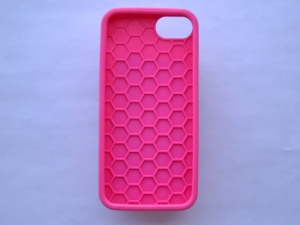 We have to admit: The lifespan even of our most beloved electronic gadgets is short. As a result, outdated cellphones, tablets and MP3 players either pile up somewhere in a garage or, worse yet, end up as e-waste in a landfill. Unless, of course, we can bring ourselves to hunt down one of the recycling centers that accept electronics (and might charge us for it). The Bellevue, Wash.-based Outerwall Inc. offers a new solution for the common problem: EcoATM, the first automated e-waste recycling station. The 900 recycling kiosks that have been set up in the U.S. so far not only accept old phones, tablets and MP3 players, they even offer cash in exchange.

Here is how it works: When a device is deposited into an EcoATM kiosk, it is scanned for type, serial number and condition. The EcoATM will then search for the highest price among a network of buyers, and ask if you agree to sell your device. If so, money is exchanged on the spot after proof of identity is provided. Outerwall makes sure that the phones are reused and recycled, keeping tons of potentially toxic waste out of landfills. According to Sustainia100, EcoATM already has found a second life for 75 percent of the more than 2 million collected devices, and has recycled the rest.

Not only in times of severe droughts like the one plaguing California for four years in a row, leaking irrigation systems are an expensive problem for farmers and ranchers and a serious issue for the environment. The California start-up PowWow Energy tackles the problem in a smart and unique way.

By analyzing the data from the smart meters for the electrical pumps, a sophisticated software detects electric signatures that are characteristic of a leak and alters farmers and ranchers by sending them a text message.

Using the data from already installed smart meters makes investments in expensive water meters unnecessary. PowWow Energy estimates that the first leak it detected in a pilot trial would have wasted about 12,000 gallons of water and 800 kWh of energy. For its idea the company won last year's Clean Tech Open Grand Prize. 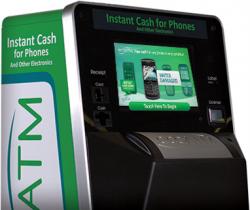 Enhancing the energy efficiency of commercial buildings drives down their maintenance costs and is good for the environment. But the up-front investment can be high. So it's smart to strictly prioritize such investments in order to get the most bang for the buck. This is where the Boston start-up Retroficiency shines with its Building Efficiency Intelligence (BEI) platform. BEI analyzes either interval consumption data or building asset data to create a living energy model of each building. Utilities and energy service providers can then leverage those data to convert them into energy savings projects that maximize the return of investment.

“Buildings offer a huge opportunity for energy savings that hasn't been fully realized,” says Bennet Fisher, Retroficieny's co-founder and CEO. The company estimates that energy efficiency retrofits for buildings have the potential to yield as much as $1 trillion in energy savings over the coming decade.

The sight is all but too common: While the sun shines bright outside, the insides of warehouses and other commercial spaces are lit artificially, consuming electricity and creating an unpleasant work environment. Belgium company EcoNation has a better solution. It offers to install LightCatchers, smart skylights with a sensor that tracks the sun, and a mirror system that optimizes the amount of daylight entering a building. The skylights are also able to diffuse the light and reflect heat, avoiding high temperatures and blinding sun spots on bright days. As a result, electric lights can be switched off that otherwise would have burned the whole day.

EcoNation estimates that customers can expect to reduce their electricity consumption by 20 percent to 50 percent after switching to LightCatcher. Per 1,000 square meters of industrial floor surface, the technology can save up to 50,000 kWh and reduce up to 40 tons of CO2 per year, the company claims. EcoNation offers a package with on upfront costs where the consumer repays the investment with monthly payments that are supposed to be lower than the old electricity bill. 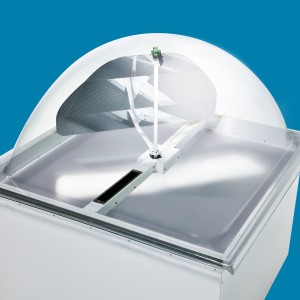 No later than 2010, when the news about riots and suicides at Apple's Chinese suppler Foxconn broke, we know that our smart phones might have some ethical baggage coming with them. For those looking for a socially responsible solution, the Dutch non-profit Fairphone offers an alternative. Driving sustainability through the supply chain, the social enterprise focuses on the full lifespan of a smartphone — from responsible mining to reuse and recycling.

The initial product run of 25,000 smartphones in November sold out in Europe. A second production run is on its way with about 14,000 of 35,000 Fairphones per-ordered. Delivery is scheduled to begin in July. The second generation device costs $310, with each dollar accounted for in a cost breakdown. Fairphone also reserves $3 from every sold phone to set up new business models for safer e-waste recycling.

Every now and again the fashion industry faces scrutiny for unhealthy and unethical working conditions in its factories in developing countries as well as polluting the environment in the process of production. The U.S. non-profit Good World Solutions tries to use the power of mobile phones to empower the textile industry workers.

“Our vision is that one day any worker globally can anonymously report on their environment and working conditions,” said Heather Franzese, Good World Solutions' executive director.

The system called Labor Link is voice-based, does not require literacy and operates in any language. Workers answer short, multiple-choice surveys and receive educational messages about their rights and local services. Surveys cover every aspect of working conditions and sustainability. Labor Link reports that its data has helped address sexual harassment, workers being denied legally mandated health benefits and child labor violations. Cell phone company Vodafone estimates that by 2020 Labor Link has the potential to benefit 18 million workers globally. 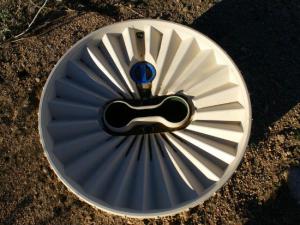 9. Trees in the desert: the Waterboxx that just needs to be filled once

Planting trees in desert areas is very maintenance-intensive, costly or simply seems impossible. But the Dutch company Groasis says it can be done — with a one-time dose of 15 liters of water, no less. The secret to success is the Waterboxx, a planting technology for eroded, rocky, dry and deserted areas. The design makes sure that the water is only slowly released into the soil surrounding the seeds. At the same time rain and condensation are collected in the box. This way, a heavy rain shower of just 10 minutes once a year can be sufficient for the long-term survival of the plant.

According to the company, the average survival rate for the trees is over 90 percent, no matter how difficult the circumstances. From the second year onwards, water savings become 100 percent compared to other methods as no artificially added water is used.

Top image of Fairphone via Fairphone

Sustainia100 and the politics of positivity

How Fairphone is dialed in on supply chain sustainability

Sprint is selling iPhone cases made of waste CO2