Tesla is opening up its patents. What are you waiting for?

Tesla is opening up its patents. What are you waiting for?

The jury is still out on Elon Musk's announcement last week to open up Tesla's patents for “fair use”. While hardly anybody disputes that speeding up the growth of the electric car market is good for mankind, many doubt that it will benefit Tesla as a company in the long run. But they might underestimate the bigger signal that Musk is sending not only to the auto industry but to any fast moving market: Patents are a concept of the last century – and in their current form they don't work any more. They might, indeed, be obsolete.

Or in Musk's own words: “Technology leadership is not defined by patents, which history has repeatedly shown to be small protection indeed against a determined competitor, but rather by the ability of a company to attract and motivate the world’s most talented engineers. We believe that applying the open source philosophy to our patents will strengthen rather than diminish Tesla’s position in this regard”.

The doubters, however, cite that Musk's bold step will lead the way for the big automakers of the world to crush their much smaller competitors with the pure force of money and market domination, once they put Tesla's patents to use. In that scenario Tesla will become the next Palm, a highly innovative first mover that faced its demise once the big fish entered the pond.

The move of opening up patents is not unheard of, even in the automobile industry, which generally is considered very closed when it comes to protecting intellectual property. Volvo deciding to give away its patent for the three-point seat belt in 1959 is a prominent example. And while that surely saved many thousands of lives, it also helped the reputation of cars as a whole as a form of safe transportation — just like General Motors sharing innovations on catalytic converters in the 1970s ultimately helped to create the image of cleaner cars. 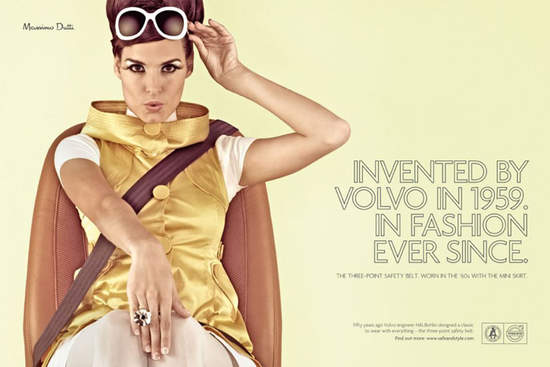 One of the immediate effects of Tesla's move might be similar: If the result would be a standardization of the charging infrastructure, as talks with Nissan and BMW over the weekend suggest, then one major roadblock for a broad acceptance of electric vehicles, commonly referred to as range anxiety, will be overcome much faster. And Tesla isn't the one that has to come up with all the money for the huge investment by itself.

And there is another reason why people like Vivek Wadhwa, a fellow at Stanford University’s Rock Center for Corporate Governance, praised Tesla's move in an interview with VentureBeat. “Patents have become a destructive force,” he said. “They are like nuclear weapons and no one wins.”

The best proof for the argument is what is now known as “phone wars”, the epic global court battles between Apple and Samsung about who is infringing on whose smartphone patents. Years and millions of dollar later there is no end in sight.

So instead of becoming tangled up in lawsuits with competitors or even patent trolls, Tesla can now concentrate on moving forward and innovating. In fast-moving markets the ability to stay ahead by rapidly innovating and with neck-breaking, go-to-market speeds has become much more important than trying to safeguard innovation through costly patents.

The industry's latest attempt to at least reign in patent trolls, however, hit an impasse last month when Sen. Patrick Leahy killed a patent reform bill that enjoyed broad bipartisan support in the House. Tesla’s announcement now can help the push for new legislation. And at the same time the open source movement gains momentum. It has already proven that having many thousand engineers working on Linux for free can yield at least as good a result as having a few thousand paid engineers creating an operating system according to company specs. Now Musk basically says: Let the innovators and the collaborators off the leash. May the best idea and the fastest execution win, not the biggest legal budget.

It remains to be seen if Musk can indeed unleash the power of the crowd by opening up Tesla's patents — that is, if he can indeed attract more and better talent, and bring reluctant car giants to commit to what still is a niche market today.

But he definitely has already opened up a new round in the discussion of if and how the antiquated patent system should be adapted to the 21st century. And if he prevails, his announcement will mark the beginning of a new culture with regard to patents, or even their ultimate demise.

Elon Musk of Tesla: Take this patent and use it

The future of energy according to Elon Musk and Akon