It's been three months since Rocky Mountain Institute released "The Economics of Grid Defection," which explores when off-grid solar-plus-battery systems could reach economic parity with retail electric service. These systems could become competitive with retail electric service within the next decade for many commercial customers and for many residential customers in the decade thereafter. Since the release of our results, the industry has been abuzz with follow-on commentary considering the implications for utilities, consumers and third-party service providers.

Of course, favorable economics do not equate to adoption. Just because customers could defect doesn't mean they will. For the individual customers actually considering these investments many other factors come into play, such as performance risk, hassle/convenience factor and simply the plain, easy inertia of continuing to get their power as they always have.

Even so, it's not that far-fetched to imagine a day when large segments of customers choose to go mostly or even entirely off-grid with clean, quiet, distributed solar-plus-battery systems. In fact, could owning your own power plant become as convenient and practical — if not quite as ubiquitous — as the now-commonplace refrigerator, clothes dryer or computer?

The evolution of appliances

If we look at the lineage of our modern home appliances and personal electronics, the original predecessors of those we have today were often expensive, clunky and unsafe. Yet engineers at companies such as General Electric, Maytag and Whirlpool saw an opportunity and had a vision, which brought us light bulbs, refrigerators, washers, dryers, toasters, radios, electric stoves and vacuum cleaners.

Decades later, similar vision and innovation brought us computers. The original computer processors were large, loud and expensive. The computers of the 1960s and '70s were practical for use only by government agencies, large corporations and universities, relegated to warehouses and specially designed office rooms. In that era, no one considered owning a computer for personal use, but the vision of Fred Moore, Steve Wozniak and many other engineers at companies such as IBM and Xerox brought us the power of personal computing that billions of people enjoy today.

The (personal) power plants of the future

When many people think of power plants, they think of large industrial facilities with heavy machinery — hot, loud and dirty. While this is an accurate description of many existing power plants, including those that I once operated, the personal power plants of the future will be much different.

Quiet, clean and contained, your solar-plus-battery home energy system will be nearly indistinguishable from the refrigerator, chest freezer or furnace in your basement — an essentially silent "box" that does something for you and your home, except this one will be connected to solar panels on your roof.

In fact, as property developers and energy service companies become more familiar with these systems, they most likely will become integrated with the other systems in your home, leveraging the waste heat produced by your battery to help heat your home and provide other services. 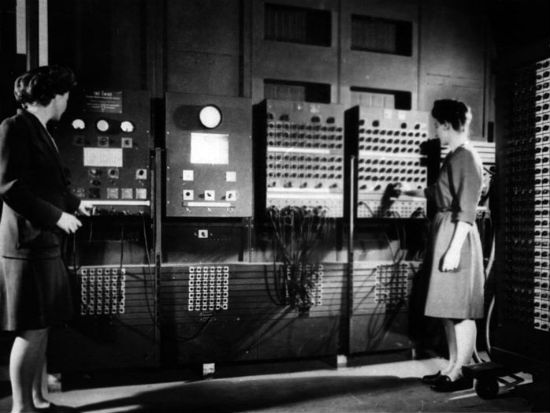 Sandy, Irene and Katrina suggest otherwise. If you don't think many people value reliability, just look at the recent financials for Generac, the leading American manufacturer of residential backup generators. The company has seen year-over-year net residential sales increases of 31.7 percent in 2011, 43.7 percent in 2012, and 19.6 percent in 2013.

Some might argue that personal power plants will seem too complex and technically sophisticated for most Americans. Once upon a time, many said the same thing about computers. Computers are highly sophisticated machines, and most of us don't have the first clue how to assemble a computer or write code, nor do we want to.

Yet PC manufacturers such as Apple, Dell and HP build computers that are suited to our needs, and software developers such as Microsoft have given us the interfaces that allow us to fully use the computing power of these machines. Further, stores such as BestBuy and Costco make it easy to purchase these devices, providing us a warranty and service support when necessary. In other words, the technological complexity operating behind the scenes and under the product shell hasn't deterred consumers from tapping into the incredible value and services such appliances provide.

Others will argue that these technologies are too expensive to go mainstream. While these technologies aren't economical for the majority of U.S. consumers today (Hawaii being the notable exception), the prices for these systems are on the decline. If we consider air conditioning as another historical example of what lies ahead, these systems could be in a surprisingly large number of homes before we know it. 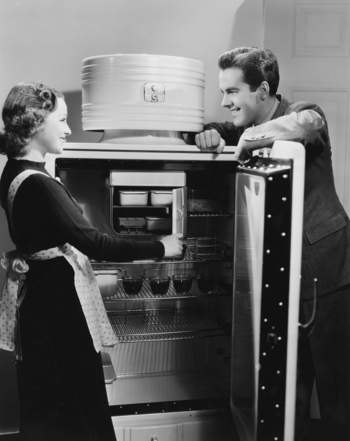 To wit, personal power plants might be ready for consumer primetime, just like a wave of other examples where consumers switched from a centralized and/or outsourced service to providing it for themselves with appliances.

Consider the switch from ice block delivery service to refrigerators and freezers. Then there's the switch from firewood delivery or district heating systems to the in-home furnace, and the similar shift later in the 20th century to common in-home air conditioning units. We've also experienced the rise of the swanky home theater system while large movie theaters have seen flat or even slowly declining ticket sales (PDF). The television, once a a one-per-household appliance around which the whole family gathered, has reached a point today where Americans on average have as many TVs as people per household, with a third of homes boasting four or more TVs.

Power plants — once the expensive domain of an exclusive few (the ~3,000 U.S. utilities plus other generators) that built big, central versions — might one day in the foreseeable future give way to a personal power plant for the masses.

Power to the people?

When put in perspective, a silent solar-plus-battery system — a personal power plant — that ensures our home has power, saves us money relative to buying electricity from a central utility and lowers our carbon footprint, doesn't seem all that bad; in fact, it seems pretty good. Or at least it will seem pretty good sometime soon. Such systems aren't economic for most customers yet. But that day will emerge over the coming decades.

So what does this mean for utilities, consumers and third-party service providers? Three big things.

1. The way we buy power will change. Where almost every consumer once made a phone call to the utility company to establish electric service, now some consumers will go to their local hardware or home improvement store to pick out a system that is right for them, to be installed later that day.

2. Property developers and energy service companies (ESCOs) need to start dating, or at least get a lot smarter about one another's line of business. As we showed in our analysis, the greatest value exists when solar-plus-battery systems are integrated with complementary investments in efficiency. As we see the emergence of the "Internet of Things," the greatest competitive advantage will accrue to those companies that can provide bundled offerings that combine personal power plants with super-efficient appliances and home energy management systems to provide consumers with the greatest overall value with lower total overhead and transactional costs.

3. There is urgent need for regulatory reform. Currently, many utilities are not allowed to participate in distributed assets that displace or defer the need for traditional grid investments. Where this is the case, this regulatory limitation needs to be eliminated, allowing the utility to engage in opening the distributed power system market for the benefit of all.

Not everyone will want a personal power plant, and not every home will be suited to have one. There is still a great deal of technology innovation and industry evolution that will be necessary to make personal power plants a reality. Towards this end, RMI continues to work with both insurgents and incumbents to understand the implications these disruptive opportunities will have on the electricity industry. The detailed investigation of these systems and the likely opportunities for new business models, technology innovation and regulatory reform will be the focus our forthcoming second report on solar-plus-battery systems.

In the meantime, it's worthwhile for everyone to consider that owning your own power plant might not be nearly as crazy as it seems at first glance.

Top image of coal-burning furnace by Vikulin via Shutterstock. This article first appeared at RMI Outlet.

Did the Cash for Appliances Program Work?