How your castoff smartphone can fight deforestation, in real time

How your castoff smartphone can fight deforestation, in real time

Satellite images have helped conservationists get a much clearer picture about the extent of illegal logging and other deforestation activities that are devastating rainforests around the world, but new technology from startup Rainforest Connection  could prevent it in the first place.

The system, pieced together using upcycled Android smartphones, sensitive microphones and a cloud-hosted software application, is mounted randomly 20 feet or 30 feet high in the tree canopy. There, it "listens" in real time for indications of logging, such as chainsaws or other human activity. Similar systems are in place in cities for detecting gunshots.

If something amiss happens, the Rainforest Connection (RFCx for short) system sends a warning signal wirelessly: it can piggyback on existing cellular networks, even if the signal isn't strong enough to handle a voice call. Each system can cover roughly one square mile of rainforest.

"Anyone in the world can receive the alert; the key piece is to have someone on the ground who is going to show up there and do something about it," said Dave Grenell, one of the San Francisco-based company's co-founders.

Listening to the rainforests' cries for help

Up to 90 percent of destructive rainforest logging is linked to illegal operations, according to data from Interpol. RFCx figures that if its technology can protect one square mile of this habitat, it is worth the equivalent of taking 3,000 cars off the road. "The pace of this problem and the rate at which things are moving in terms of the black market and the large-scale destruction it is causing means we need a different approach," Grenell said. "We have to do much more." 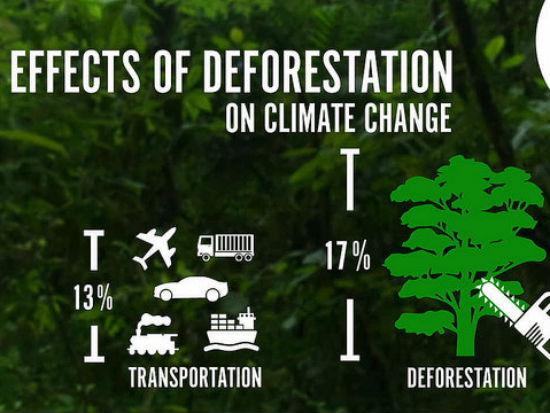 The system already has been at the center of a limited test in Western Sumatra, Indonesia, but RFCx this week is getting far more aggressive about delivering on its mission. Not only is the company launching a $100,000 Kickstarter campaign — complete with a video featuring environmentalist Neil Young — to build up its financial support, it is teaming up with the Zoological Society of London to bring the technology to the equatorial forests of Cameroon, where it will be used to fight both deforestation and poaching. It will probably take about 30 systems to cover the area being considered for the pilot.

"We think this could be a critical new tool for protecting large areas of rainforest," said Chris Ransom, program manager for ZSL in Africa, in a statement. "We're excited to deploy it this year in collaboration with our local partners in Africa."

RFCx is hoping to get three to five more pilots going this year, in places including Brazil and Indonesia, Grenell said.

What makes this approach intriguing is that it uses technology that's already available, which helps keep costs for most of the components relatively low, said Topher White, RFCx co-founder and the project's technical lead. "It's all about doing what you can with the technology that is available," he said.

The challenges of designing and deploying the devices

For those who wonder how the RFCx system will find a cellular signal in the middle of a rainforest, consider that most systems will be deployed at the edge of rainforests where there's usually pretty good coverage. The bigger problem has been figuring out how to contract for the service; in Indonesia, for example, there are no monthly plans, so RFCx had to piece together service from several carriers, White said. 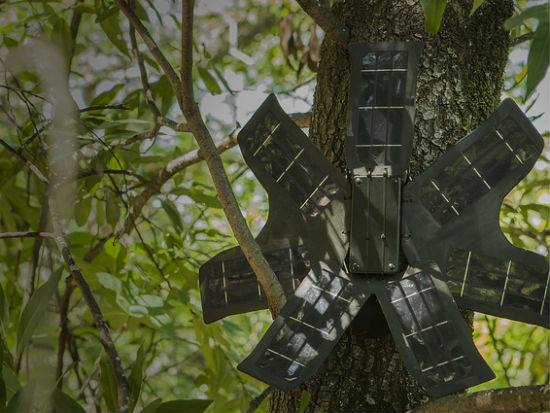 While it has been fairly straightforward for the RFCx team to get their hands on donated smartphones, a bigger challenge has been figuring out how to keep them powered up. The solution was a customized solar array using crystalline wafers wired in series, which provide about 12 watts daily, or enough to cover about three-quarters of the technology's power needs, according to White. "This is the only place where we have had to be particularly innovative," he said.

RFCx also needed to create a sealed waterproof housing filled with desiccants to protect the innards from moisture and extreme temperatures. Security was easier to sort out: the entire system is camouflaged so well that the RFCx team actually has had trouble finding them to deal with maintenance. If someone does manage to find one and tries to remove it, the smartphone's accelerometer will show that it's being moved, and where, making it relatively simply for authorities to track it down.

"We haven't encountered this situation yet, but when we do, it will be exciting," White said.

Top image of phone being made into logging detection device by Rainforest Connection.