Janine Benyus: Nature has answers, if we ask the right questions

Janine Benyus: Nature has answers, if we ask the right questions

Planet Earth spent 3.8 billion years creating the perfect answer for every design or process challenge humans can imagine. The secret to discovering them lies in asking better questions, a process Janine Benyus relishes as part of her "biologist at the design table" training sessions.

Benyus, author of the 1997 book Biomimicry: Innovation Inspired by Nature, has dedicated her career to evangelizing the concept — which espouses the design and production of materials, structures and systems modeled on or inspired by biological principles or processes. She is equal parts educator — intent on training designers, engineers, chemists and physicists who can help spread the word about the discipline — and an innovation consultant who helps organizations think differently about solving human problems sustainably.

Speaking from her office in Montana, Benyus explains: "If somebody comes to us and says, 'We want to create a water-repellant surface but we don’t want to use Teflon,' what we would ask is, 'How does nature repel water?'

"Then after we explore that, we go to the discovery phase in which we go into the biological literature and we ask that question, 'How does nature repel water?' And we look across all classes of organization – bacterium, fungi, and plants, and animals so that we get really a breadth of mechanisms.  And we pull these mechanisms and then we begin to look for the design principles. We sort of gather them into a catalog of solutions, and we begin to see the commonalities, and we pull out some very, very simple design principles about water repellency."

One ongoing mission of the organization Benyus co-founded in 1998 with business partner Dayna Baumeister, which now goes by the name Biomimicry 3.8, is to develop a database of solutions that can serve as a reference and catalyst that can help the field scale more quickly. (There are two groups under the organization, a nonprofit institute focused on education and advocacy, and innovation consultancy that used to be a standalone entity called the Biomimicry Guild.) 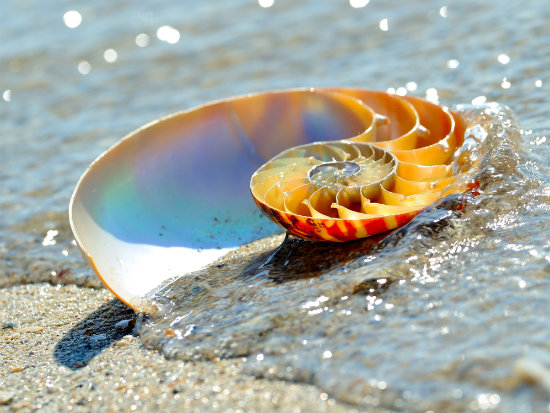 One successful biomimicry example that has stood the test of time is a surface protection film created by Sharklet Technologies, which mimics the skin of the Galapogos shark to repel bacteria. Other more recent illustrations come from Calera, which is transforming carbon dioxide (CO2) into a calcium carbonate cement solution patterned after the "coral reef recipe," or Novomer, which is making biodegradable plastics out of CO2.

"Biomimicry really is different in that you do not extract, harvest or domesticate an organism," Benyus says. "You learn from it."

Practically speaking, however, few of this generation's inventors were trained to look to nature for inspiration, so much of Biomimicry 3.8's energy is spent helping companies embrace this philosophy systemically.

So far, Biomimicry 3.8's slowly growing affiliated network of consultants have worked with about 250 companies including the likes of Boeing, Colgate-Palmolive, General Electric, General Mills, HermanMiller, HOK, Interface, Kohler, Natura, Nike, NYSERDA, Procter & Gamble, and Seventh Generation. If you want Biomimicry 101, you'll need to look elsewhere. Benyus' interest lies in going deep, so that product teams and managers can advance the ideas of biomimicry internally. The more products or brands that a particular company makes, the better.

"We often come in not even through the sustainability office, but through the innovation office. … If we can solve water repellency, say, and move that throughout all their product lines, then we've really done something," Benyus notes.

Biomimicry 3.8's longtime relationship with global architecture and design firm HOK, for example, has produced valuable industry-wide reference materials for that community in the form of a report, the Genius of Biome, which explores the implications of 18 local ecologies for future projects.

Aside from corporate engagements, there are longer, more formal courses that would-be biomimecists can take for accreditation, by application only, which Benyus sees as crucial for spreading the word and for building a pool of contractors and consultants that can assist with projects.

One thing you'll hear far more about moving forward is how the rise of 3-D printing and the software technologies that support additive manufacturing of the right product in the right place with minimal waste could scale the adoption of biomimicry. 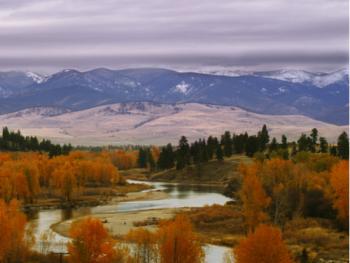 One company to watch is Altair Engineering, maker of an analytics program called OptiStruct that analyzes computer-aided design (CAD) blueprints and uses knowledge of bone structures to optimize them for weight and strength. The technology already is used behind-the-scenes by some of the world's largest car companies, including Alfa Romeo, and was instrumental in helping Airbus reduce the materials used for certain wing and airplane rib assemblies by up to 40 percent, Benyus says.

"It's pure biomimicry in the sense that by studying bones and then mathematically describing what it is they do to lightweight themselves, we've been able to save all of this material, but you wouldn't look at that plane and say, 'That's biomimicry,' " she notes. "But there's biomimicry inside, and I really think that these are some of the most powerful things, these algorithms."

According to research commissioned by the San Diego Zoo's Global Center for Bioinspiration, the field of biomimicry could account for 1.6 million U.S. jobs by 2025, representing almost $1 trillion of gross domestic product (GDP) by 2025. Industries where the economic impact could be most profound include utilities, transportation equipment, chemical manufacturing, waste management, warehousing and storage, and architecture.

That's a massive opportunity. So when she's not out in the field leading a design session or advocating K-12 educational outreach, you can find Benyus outdoors documenting as many new algorithms as she can uncover, especially those offered up by the mountains and wilderness in Bitterroot Valley, near her chosen home.

"I'm literally surrounded by relatively intact ecosystems that are kind of a university for me … At this point, it's just where you want to have your laptop. I'd rather have it on my deck looking at 10,000-foot peaks."

Biomimicry @ 20: A conversation with Janine Benyus

The Blossoming of Biomimicry