This story first appeared at RMI Outlet and is reprinted with RMI's permission.

A curious trend’s been washing through U.S. solar recently: vertical integration, the process of companies owning more and more of their own supply chains. Sunrun, a developer and financier, recently purchased the residential division of REC Solar, a major installer. Sunpower moved into selling and financing solar systems, rather than just manufacturing modules. RGS Energy recently announced it will begin providing leasing in-house rather than through outside groups. And SolarCity, the country’s biggest solar developer, financier and installer, just went so far as to buy a module manufacturer, Silevo.

But while some companies still practice vertical integration for supply-chain control (Walmart owns and operates its own trucking fleet), many are moving away from the practice, instead opting for horizontal integration (buying your competitors).

Why the move away from vertical integration? For one, companies often divest the lowest-margin parts of their business (such as solar modules, at this point a global commodity with low margins). Often it is cheaper to pay a specialized company for a resource than try to run an expensive “side business” providing the necessary inputs for a final product. Apple, for example, does not make its own microchips; it buys them from a microchip manufacturer.

Yet, we now have four vertically integrated solar companies in the U.S. — SolarCity, Vivint Solar, Sunrun/REC Solar and RGS Energy. They claim it will help them keep costs down, but a look at other industries (Rockefeller’s Standard Oil monopoly) suggests the opposite is often true. So, why then is the solar industry becoming more vertical integrated through a spate of recent acquisitions? The answer can help provide insights into why U.S. solar has such stubbornly high prices relative to countries such as Germany and Australia.

Companies once focused purely on one aspect of the market are now involved in project development, financing and installation. Some manufacture their own mounting systems, modules or electrical equipment. Across the solar board, vertically integrated companies show some of the strongest growth and the largest market share. SolarCity and Vivint, the two largest installation companies, controlled 34 percent of the market in 2013 and were mostly vertically integrated. Here’s why: 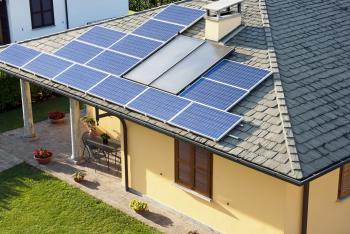 How much does a solar module cost to buy? The average cost on the market now is $0.85/W. But how much does it cost a vertically integrated solar company to manufacture and supply itself with a solar module? It’s hard to know, and that’s the point. The same goes for the costs of customer acquisition, finance overhead or Installation. When a company controls all aspects of solar PV installations, the costs are no longer transparent, and the price can become a “black box” into which no one from the outside can peer in.

This allows a company to keep a mystery how much of its prices are based on costs and how much are based on margins. Plenty of companies protect the inner workings of their businesses and profitmaking, so it’s hard to fault solar for going that route, although the industry could use more transparency to unlock cost reduction opportunities that’ll make solar more affordable for broader swaths of the market.

Since financing has become the most popular way to install solar (58 percent growth of solar financing every year since 2004 [PDF], and accounting for 80 percent to 90 percent of new solar installs in states such as Colorado and Arizona), financial groups got to set their own terms and high rates of return. Solar installers might struggle as equipment prices and competition drove margins down, but financiers could expect a guaranteed rate of return. Installers moved into financing in order to control that high-profit aspect of the business and avoid being stuck solely in the volatile installations market. Simultaneously, project developers and financiers began moving into installation in order to exercise better control over appraisals and system pricing.

The solar installation market is still very large with a lot of small players. Barriers to entry are low; any electrical contractor can get the parts and equipment to make installations. By vertically integrating, large companies can become their own suppliers and control access to equipment and financing. Large companies can attract more customers through better and easier financing, and raise the barrier to entry for small competitors. While running multiple operations within the company adds to overhead, it also lets them squeeze out the smaller competitors and ensure a bigger share of the market in the long term.

New installation technologies and techniques are difficult to patent and relatively easy to reverse engineer. Any company able to create a new system to reduce costs rapidly would be followed by the other solar installers/companies. By vertically integrating the supply chain, these companies can control access to top-tier equipment for longer periods. Rapidly expanding a new technology’s use — and the cost/system benefits it brings — allows a vertically integrated company to quickly secure market share before its competitors can develop rival equipment.

The future of solar vertical integration

Vertical integration clearly has appeal. Companies like to talk about its benefits in reducing prices, but it also helps companies preserve margin by making costs unclear. If Verengo Solar gets sold, as is rumored, then the top installers in the U.S. will all be vertically integrated or moving in that direction. As the solar installation market becomes increasingly competitive, solar installers must figure out ways to avoid margin stacking and control soft costs at every level if they are to continue to expand cost parity in the face of expiring incentives. 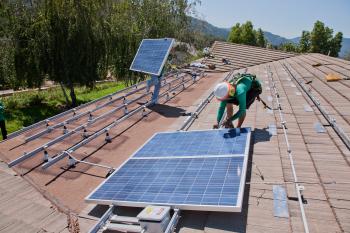 SolarCity’s VP, Tanguy Serra, stated that “you need to be vertically integrated” to compete at the scale and costs of the U.S. solar market. Vertical integration can offer great benefits. Corporations can control and de-risk a supply chain. Consumers can be offered better financing options. Widespread information gathering can lead to improved products and services. However, vertical integration has pitfalls. Companies can sequester or stifle new technologies to maintain market dominance. It also can allow companies to shift cost reductions into increased margins, rather than savings to consumers. As the solar industry continues to grow and integrate, it will become clearer which direction it will take.

This all could change in 2017, when the 30 percent investment tax credit (ITC) on solar installations expires. At that point, the major initial benefit to financiers will be gone. Solar installation companies require constant cash to construct. The ITC provided a benefit with its 30 percent credit putting cash almost immediately back in the hands of installers. Without this benefit, solar companies may have trouble attracting financing investors and maintaining their financier status. The future of the ITC may decide the future of vertical integration in solar.

In addition, solar companies are being investigated for how they appraise systems, and whether their appraisal is really the “fair market value.” If appraisals have to be handled separately, the reason diminishes for financiers to be involved in the installation/appraisal market.

As the solar installation market develops in the future and tax benefits change, it is possible vertical integration no longer will be profitable. For now, controlling development, finance and installation continues to be the winning trend. The nascent structure of the market and the tax benefits around it eventually will change, and at that point the solar industry may go the direction of many before it and begin disintegrating into many smaller specialized companies.