When procurement obscures the forest for the trees

When procurement obscures the forest for the trees

The idea that creating more commercial demand for a tree species actually could help protect it seems counterintuitive, even disingenuous. But for purchasing managers and other procurement professionals, these complex realities are the norm.

In some cases, choosing not to include a particular tree species in a purchasing decision can diminish the value of that species, and the ecosystem it calls home, in the eyes of landowners. But if a tree species is perceived to offer economic benefits for landowners, then efforts to promote its growth and protect the ecosystem it relies on are easier to encourage.

The longleaf pine in the Southern United States is a prime example of how procurement policies can have unintended consequences — and of how active markets actually can help protect a tree species.

Historically, the longleaf ecosystem spread across as much as 90 million acres in nine states.

But longleaf declined throughout the 20th century because of changing land use, shifting forest management practices and fire suppression. By the 1990s, some buyers worried they would face pressure from environmental groups to stop sourcing longleaf. This worry put the species in danger of losing favor with landowners, who voiced concerns that the species could become economically unviable.

As recently as May, a U.S. subsidiary of an Australian forest products company in North Carolina faced questions from its head office about the environmental implications of sourcing longleaf.

“They were going to take the simple way out and just stop buying longleaf, but we managed to convince them otherwise,” said Robert Abernethy, president of The Longleaf Alliance. The alliance is a nonprofit conservation organization based in Andalusia, Ala., that began as a program in the School of Forestry and Wildlife Sciences at Auburn University in 1995.

The Longleaf Alliance is part of a network of grassroots organizations and public agencies that have come together to promote the growth of longleaf through market expansion, education and support for better forest management. 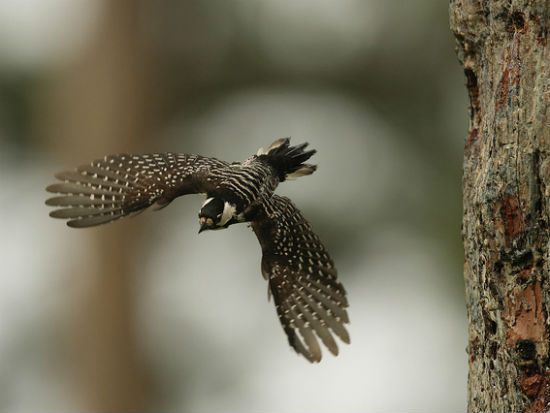 “The USDA has been working with local partners to restore the longleaf ecosystem for a long time. We recognize that markets are an essential factor in motivating landowners to plant longleaf,” said Robert Bonnie, undersecretary for Natural Resources and Environment at the U.S. Department of Agriculture.

The Longleaf Alliance worked with the Australian company and held a two-day conference that included a tour of Balfour Lumber’s mill in Thomasville, Ga., that deals exclusively with longleaf pine.

“Once they saw the benefits that sustainable harvesting was having on the longleaf ecosystem, the Australians decided to keep sourcing longleaf,” Abernethy said.

Another thing the Australian buyers saw firsthand was the long-term commitment of local growers to the longleaf ecosystem.

“If you grow longleaf, you are thinking in 50- to 60-year cycles,” said Angus Lafaye, chairman of the board of Milliken Forestry Company, which supplies longleaf to the Balfour mill that hosted the Australian company tour. 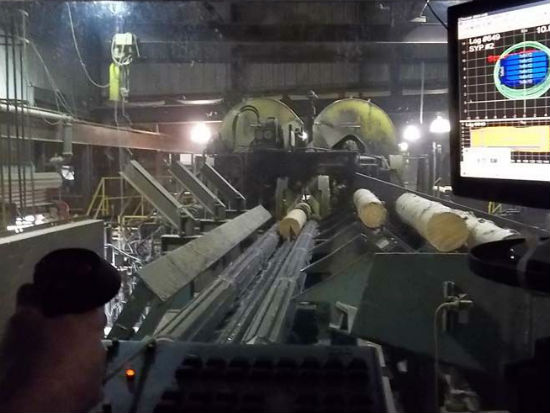 “The thing with people who have longleaf is getting them to keep it. Expanding markets can help with that. And even though it is a long-term commitment, landowners can start extracting value from pine straw after about 10 years,” Lafaye said. Longleaf pine straw is a prized mulch and ground cover, made up of the blanket of pine needles that fall on the ground every year.

These efforts are part of wider resurgence of longleaf. By the early 1990s, only about 2.8 million acres of this once vast and majestic forest remained. Thanks in large part to the efforts of the Longleaf Alliance, its partners and commercial interests such as Milliken Forestry, the acreage of longleaf forest has increased to about 4.4 million acres. America’s Longleaf Restoration Initiative, a state, federal and private partnership, has a goal to protect, restore or enhance a total of 8 million acres of longleaf pine ecosystems by 2024.

But these efforts won’t realize their full potential without procurement policies that recognize that sourcing longleaf offers the best route to expanding its ecosystem.

“We need to help landowners understand that longleaf is worth preserving because it’s a high-value, sustainable resource with the potential for a growing market,” Lafaye said.

The Longleaf Alliance was awarded an SFI conservation partnership grant to provide landowners with the communication tools and facts they need to show timber buyers that longleaf pine is being harvested sustainably, and that active markets are essential to its restoration.

“Ultimately, to restore the longleaf ecosystem, we need a healthy market for higher-value longleaf products like utility poles, panelling and flooring. We are working with SFI to get the word out with landowners that longleaf has a sustainable future,” said Jimmy Bullock, senior vice president of forest sustainability at Resource Management Service, a private timberland investment firm that operates across the U.S. South.

Top image of longleaf pine trees by Arkorn via Shutterstock

With forests at risk, certification standards can help

Stakeholder engagement: How Enviva moved from crisis to collaboration

Unleashing the power of landowners to protect forests