In water we trust: How Quito's water trust funds succeed

In water we trust: How Quito's water trust funds succeed

Below the snow-capped mountains of Ecuador and Colombia lie the páramos, high-altitude grasslands of the northern Andes threaded by frigid rivers and covered in rugged brush, cloud forests and lagoons. This landscape captures and stores a vast amount of water upon which downstream residents depend, from smallholder farmers to city dwellers.

Today, expanding agriculture and demand for water from growing cities are putting increasing pressure on such mountain watersheds. What can be done to ensure they will be able to continue to meet the needs of future generations? One intriguing solution is the establishment of trust funds that pay dividends for conservation projects to protect ecosystems and the valuable water they harbor. Such funds already have been used to fend off threats to watersheds in more than a dozen locations across Latin America and are being explored in Asia and Africa.

The first experiment with water trust funds was set up in Ecuador in the early 1990s. The Nature Conservancy had charged its director of Latin American operations, Juan Black, with finding a way to protect the Condor Bioreserve, which sits east of the capital city of Quito and provides the city with 80 percent of its water. The problem: The páramo inside and directly abutting the bioreserve was being degraded as farmers slowly were expanding their grazing lands. Black knew that Quito needed to protect the ecosystem and guarantee the continued safety of its Condor Bioreserve watershed. He also knew that Quito’s water company EPMAPS (at that time it was named EMAAP-Q) and other businesses were being directly affected by upstream activities. Working out of a small office at 9,300 feet in Quito, Black decided to take an economic approach to safeguard the region.

At the time, conservation organizations were setting up programs devised by ecological economists called payments for ecosystem services, or PES. A buyer — likely the end user of the water — would contract with those living in fragile catchment areas upstream to reduce (or at least not increase) their impact on the watershed. It seemed simple; after all, the infrastructure for water delivery and payment already was in place. But past experience in Latin America had shown that paying farmers not to farm could spark blackmail, corruption in local municipal governments and other unintended and undesirable consequences. As Craig Kauffman, a political scientist at the University of Oregon who has studied Ecuador’s water funds and environmental governance, notes, “Basically, you’re paying farmers not to deforest but rather conserve an area that is strategic to the watershed functioning, but these incentive structures can become perverse.”

After Black died of cancer in 1996, TNC hired Colombian environmental resources manager Marta Echavarría to hammer out a plan. Looking at watershed conservation financing schemes around the world, Echavarría figured Quito’s system would have to be independent of the PES approach to avoid the undesirable consequences of payment for environmental services and guarantee there would always be funds for conservation projects — whatever form they took. She and her colleagues came up with the idea to set up a trust fund and get local stakeholders to contribute to it. Once the fund sufficiently was capitalized, the interest it earned could be used to finance any conservation effort its water management committee deemed appropriate.

So in 2000, with seed money from TNC and a large donation from Quito’s water company, the FONAG Fund for the Conservation of Water was created. Quito’s electrical company signed up, as did private companies such as a local brewery, Cervercería Nacional, and a water bottling company, Tesalia Springs. Aurelio Ramos, TNC’s director of conservation programs for Latin America, said the FONAG water fund is now up to $12 to $14 million. Even with a moderate interest rate, it is paying out tens of thousands of dollars per year to fund conservation and rehabilitation projects such as fencing off livestock from streams or allowing natural vegetation to grow back, as well as education initiatives to teach locals outside Quito about watersheds and water management.

“That money is also paying for park rangers, the gasoline for their vehicles, and to work with the communities to introduce agroforestry and páramo restoration efforts,” said Ramos. 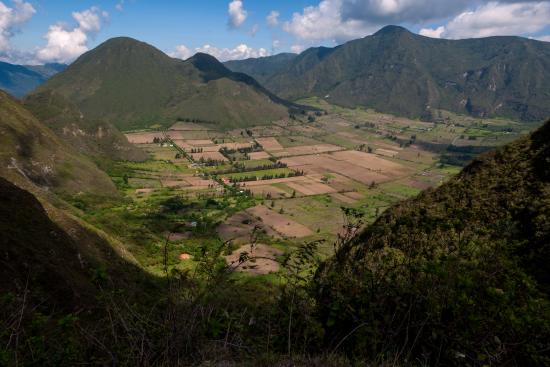 TNC and other organizations such as Nature and Culture International have tried to replicate the success of Quito’s water fund in other Latin American cities with varying degrees of success. One major hurdle is attracting and holding the interest of stakeholders. Colombia’s capital, Bogotá, has a water fund financed by Bavaria brewery and the Colombian national parks agency Parques Nacionales Naturales de Colombia that stands at around $1 million. But the city’s water utility, arguably the most important stakeholder, has flip-flopped time and again about being a partner.

“Everything was going well until there were problems with a change in Bogotá’s city government,” said Alejandro Calvache, TNC’s water funds coordinator for Colombia. “The fund was working the whole time, but it didn’t have the impact we wanted it to have.” Fund managers recently have begun funding some conservation projects such as reforestation campaigns around Bogota’s reservoirs — which means pulling money out of a fund that’s supposed to be growing as fast as possible.

“Almost every one of the water funds makes investments immediately to show investors results. It’s a strategic move and a lesson we learned from the Quito water fund,” explained Ramos. That fund drew heavy criticism from politicians for choosing to finance the fund for five years before paying anything out for conservation projects. Ramos points to funds such as Colombia’s Valle del Cauca and Mexico’s Monterrey as examples where conservation projects were started immediately upon starting the trust fund.

This is one of the delicate maneuvers with starting and managing a water fund — choosing how much funds to invest versus how much to pay out for conservation, rehabilitation and education projects.

“You could capitalize these things a lot faster if you take 100 percent of donations and invest it into the fund,” said Kauffman. “But that’s politically unpopular. Having dirt fly on the ground immediately in the short term is key to the success of these programs.”

Kauffman said that various trust funds have tried various ways to balance investment and spending. The sweet spot seems to be putting 60 percent away and using 40 percent on projects. In fact, that’s precisely the balance Bogotá’s fund has struck.

Water for the future

With 14 water trust funds in place and plans for another 14, TNC is counting on water funds to provide the financial backbone for protecting watersheds throughout Latin America. (It has set up three in Brazil but due to local laws, they do not function as endowed trust funds).

Echavarría notes that a big advantage to such funds is that they are long term. “The law in Ecuador permits ours to operate for 80 years. In Peru it’s 35 years and 25 years in Colombia,” she said. That means water funds are immune from political cycles, said Ramos.

But the challenge of attracting and satisfying stakeholders speaks to what water funds do not do. They do not address political frameworks, nor do they have any regulatory power. And, depending on the buy-in of water utilities, they do not necessarily pass the costs to the consumer. This makes it difficult to conserve the resource, because consumers aren’t made aware of its value.

Others criticize water trust funds as a “businessification” of water. “The environment shouldn’t be turned into a business chain,” said Jaime Ignacio Vélez Upegui, a professor in the Water Institute at Medellin’s National University in Colombia. “Water funds are too speculative. Despite investing in water, they do not directly result in water.” Veléz Upegui argues that water trust funds take advantage of the public’s environmental sensibilities to build a system for business. He said this may lead to stakeholders feeling cheated and refusing to participate in future activities to protect the environment.

Echavarría agrees that water trust funds aren’t the only way to mitigate watershed degradation. With the environmental firm EcoDecisión she directs, water funds are just one tool in a set of tactics (such as setting up carbon markets) she uses to protect the environment in Ecuador. “Each situation depends on the stakeholders and the needs of the basin,” she said.

Whatever the approach chosen, Echavarría underscores the importance of doing something to protect water supplies for future generations.

“In the end, protecting water is protecting nature as a whole,” she said. “If we don’t invest in its rehabilitation and conservation, it will stop being the goose that lays the golden eggs.”

Why PepsiCo aims to repair watersheds in Latin American cities

How Dow taps benefits from trickling money into water funds

Why Dow is Putting Nature on the Balance Sheet