Calls for greater transparency and meaningful advancements in sustainability and corporate responsibility continue to grow. It is important to consider the extent to which U.S. corporations disclose meaningful information on their environmental policies, practices and performance.

Along with my data provider, IW Financial, I have just released a newly updated and expanded study, "2014 GEMS Benchmarking Analysis of U.S. Corporate Environmental Practices." It identifies the U.S. firms with the strongest reported environmental policies and infrastructure and finds that — notwithstanding noteworthy improvements during the past several years — many publicly traded companies have limited discernible capability with which to manage complex environmental and sustainability issues.

These findings are based upon the application of an established environmental rating methodology, the Governance and Environmental Management Strength Rating. I designed this rating system to rigorously evaluate the ability of companies to anticipate and actively manage the environmental issues that pose risks to and present opportunities for their operations, by assessing the presence or absence of 43 distinct indicators. These indicators are grouped into four major elements (policy, infrastructure and systems, results and accessibility), which are scored individually and then aggregated for each company.

This new study is the third in a series, and for the first time evaluates the environmental management posture of all companies in the entire Russell 3000 index. The GEMS Rating allows one to evaluate companies in a way that is meaningful, consistent and transparent. This year's study builds on my company's work over the past several years to illuminate the issues of greatest relevance to corporate senior managers, as well as to the investment community and other stakeholders.

In addition to the detailed findings presented in the report, a number of discernible trends emerge from my review of the latest data.

1. Reporting by large companies continues to advance, although much opportunity for improvement remains

Larger (Russell 1000) firms are disclosing more information, with the number of firms disclosing most of the 43 indicators examined in the GEMS Rating increasing substantially since 2009. The number of company scores in each 10-point increment over 50 (of 100) has increased markedly, doubling or even quadrupling in most cases.

In parallel, the number of firms reporting no information has declined by 26 percent, and the number scoring less than 10 points has decreased by 9 percent since 2011. 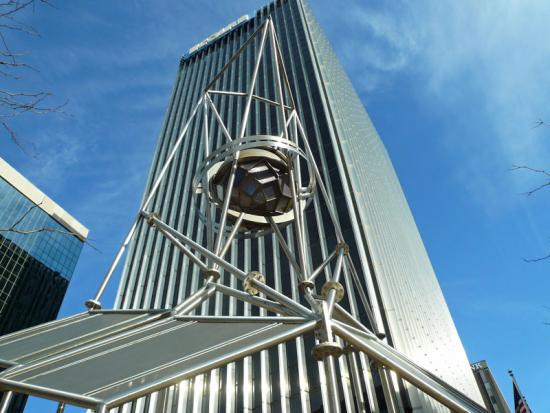 Nevertheless, 10 percent of the largest publicly traded firms in the U.S. have a total score of zero, meaning they disclose none of the 43 individual pieces of information comprising the adjusted GEMS Rating scale. Over the four-year period from 2009 to 2013, however, the number of companies scoring zero dropped from 170 to 126 to 100, an overall reduction of 41 percent.

As in the previous two reports, companies in the utilities, materials and consumer staples sectors have the highest average scores. Others in which the total adjusted Russell 3000 average score is above the population average (11.9) include consumer discretionary, energy, industrials and information technology.

At the other end of the spectrum, the financials, health care, real estate, services and telecommunications sectors have company averages below the population mean. Mean total scores range from 4.8 for the financial sector to 26.2 for the utilities sector.

As another way of characterizing the "typical" firm in a sector, median GEMS Rating scores range from 2.0 (financials, health care, real estate) to 19.0 (utilities), with an overall population median score of 7.0. Because the sector means exceed the corresponding median scores in every sector and overall, it is clear that a limited number of high-scoring firms in each sector are pulling the average up from the score of the middle firm.

3. The typical large company in many sectors is now making itself heard

Along with continuing strong influence of leadership companies, the latest evidence shows that meaningful environmental disclosure is increasing. Median element sub-scores for Russell 1000 companies in most sectors are no longer zero; four sectors (consumer staples, materials, telecommunications services and utilities), have a non-zero median score for each element, reflecting at least some disclosed formal environmental management approach within the typical firm in these sectors. The presence of environmental and/or related policies has a non-zero median in each sector and two other elements, Infrastructure & Systems and Accessibility/Disclosure Quality, now have non-zero medians in most sectors.

This means that although they are still important for many reasons, long-standing leaders in corporate environmental reporting (both at the company and industry level) are no longer the entire story: More industries and firms are adopting environmental disclosure as an operating practice.

4. Reporting in some sectors is coming into the mainstream

Within the larger companies, the biggest average increases in GEMS Rating score since my last report (using 2011 data) are in sectors that historically have been laggards, including services, telecommunication services and real estate. These rose by 7.3 (63.5 percent), 4.9 (28.5 percent) and 2.4 (25.3 percent), respectively. Scores in the financial sector also continue to increase, although at a smaller rate. 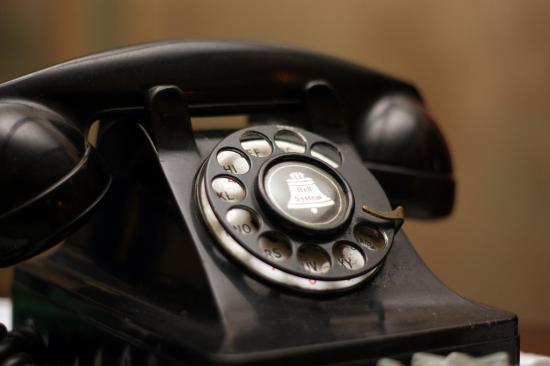 This pattern also occurs at the individual company level. Examples include HCP and Forest City Enterprises in real estate, Hertz Global Holdings in services and Bank of New York Mellon and Wells Fargo in banking. Most of these companies posted a four-year increase of 40 points or more, generally starting from zero or a score in the single digits.

5. Generally, the leaders continue to lead

Firms moved into and out of the top 25, but previously top-rated firms generally have remained in the upper echelon in the most recent ratings.

Ecolab, Inc., at 91 points of 100, is now the top-rated company, with a dramatic increase in score of 38 points (72 percent) during the past two years. In second place is two-time top rated firm Intel (89 points), with a more modest increase, as expected given its already lofty position. Lexmark, a consistent leader over the past four years, scored an 84 (up 10 points from 2011).

Some historically strong industries and companies, however, are now disclosing less environmental information. It's most notable among electric utilities, with five of the 16 firms posting the biggest overall reductions in score. In all, 104 of the 814 firms remaining in or moving into the Russell 1000 from 2009 to 2013 exhibited declines in their overall GEMS Rating score during this period, including former leaders Merck, Citigroup and Xcel Energy.

6. Smaller companies continue to lag, but leading companies and industries are emerging

Russell 2000 firms scored significantly lower than Russell 1000 counterparts in each of the 12 sectors, especially in sectors in which the large company average is lower, such as financials, real estate and telecommunications services. Leading firms are emerging, however, in most industries. Although about one-third of Russell 2000 companies (665 of 1,987) have a score of zero, some in each sector and all but six of the 147 industries examined report at least some information.

Disparities in non-reporting are especially prominent in some portions of the financials, health care and information technology sectors. Banking, investments, healthcare equipment and healthcare supplies and Internet software and services are industries in which the gap exceeds 40 percent.

That said, some smaller companies are demonstrating leadership relative to their peers of all sizes. In the report, I identify companies in the top quartile whose score is at least double that of its nearest competitor. Small company representatives include Matson, Inc. in shipping, QLogic in technology distribution and Layne Christensen in commercial construction, as well as Interface in textiles.

Policy disclosures are an area of relative strength across all sectors and company sizes. Scores for a firm's policies, on average, account for half or more of its total score in five of the 12 sectors, and for a significant share in the others.

At the same time, reporting of environmental results continues to be an area of weakness, with lower average scores than the other elements for many sectors. Indeed, median scores for both elements related to Results (that is, performance) remain zero within more than half of the 12 major corporate sectors and overall, as in the two previous GEMS Rating reports.

Despite the well-publicized recent increases in the numbers of firms publishing GRI reports and establishing ambitious environmental performance goals, many U.S. companies appear to be taking very few positive steps to actively manage their environmental aspects. Although most large firms report information on environmental management improvements and their results, a substantial number do not.

That said, scores of large companies across diverse industries continue to exhibit leadership, and have maintained or improved the quality and depth of their environmental disclosure. In contrast with earlier studies, current information shows that small to medium-sized leaders are emerging in many sectors and industries. The gap between typical large and small companies remains large in every sector and in the vast majority of industries, but it appears to be diminishing.

Top image of gems on report by Mathier via Shutterstock.

Intel Comes Out on Top in Green Governance Rankings