In sustainability communications, even synonyms can inspire vastly different reactions. Take “nature” and “environment,” for instance. We’ve learned that “nature,” when coupled with “conservation” or “stewardship,” can better engage a more conservative audience for whom “environment” is a rather abstract concept associated with liberal politics.

I’ve been encouraged by the gradual switch in another set of (quasi-)synonyms. Although more Americans still use “global warming,” “climate change” is coming into favor in many mainstream media outlets. The former is a phrase long associated with fear-based environmental messaging, which I grew up with in the 1990s, while the latter is a more scientifically accurate term for a wider range of phenomena. But according to a recent report by teams from Yale and George Mason University, there’s a lot more nuance to these two terms — and using the less fearsome and politically charged of the two could come at the expense of emotional resonance in sustainability communications.

What's in a name?

The report found that “global warming” and “climate change” “activate different sets of beliefs, feelings and behaviors, as well as different degrees of urgency about the need to respond.” It states, “Global warming” generates more intense worry and more negative reactions than “climate change.” Political moderates, in particular, are more likely to free-associate the former phrase with alarming, extreme disasters and the latter with weather.

“Global warming” also poses a greater sense of threat to one’s self and one’s family, especially for women, Hispanics, African-Americans, Democrats, Independents and Republicans. Actually, the report notes that “climate change appears to actually reduce issue engagement” among many groups, including liberals and moderates, Hispanics and Gen X.

As we’ve seen repeatedly via our Pulse and other research, unless you’re talking to the greenest of American consumers, sustainability and energy efficiency messaging centered on global warming or climate change will fall most often on deaf ears (as do doomsday scenarios generally) for a couple of reasons.

When the threat seems too big or too personally distant, many Americans don’t connect their everyday behaviors to the problem — and it doesn’t influence those everyday behaviors, particularly when it comes to home energy use. Even if consumers believe the science, they may doubt that their small contributions actually will make a difference — or they have too many other fish to fry as they hustle through their daily lives.

Do we need a fear factor?

“Global warming” messaging, specifically, adds other barriers. For many years, it was used in ways that conjured up fear, which can paralyze when it comes time to make behavioral decisions, or lead to disillusionment or anger. Fear is simply not a good driver of positive and lasting behavior change (not to mention happiness).

We’ve also confirmed in our Pulse studies that the phrase “global warming” is incredibly divisive. Using it alienates Cautious Conservatives, the Shelton consumer energy segment that’s one of the best targets for energy-efficient home improvements — and that makes up about 20 percent of the U.S. population. So, although we’re not using global warming/climate change as a proof point for participating in energy efficiency programs or buying Energy Star certified homes, we’ve encouraged the media’s shift from “global warming” to “climate change” because of what we know about human psychology. 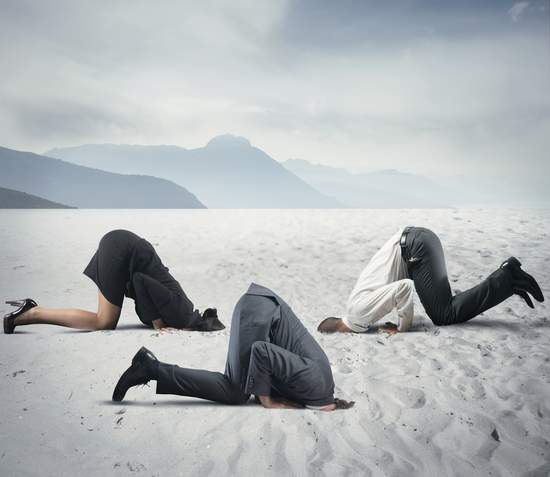 But here’s the catch, and it’s the bigger reason we should all take interest in the Yale/George Mason report. If middle-of-the-road Americans, greener demographic segments such as Hispanics, and frequent green purchasers aren’t as likely to believe “climate change” personally can affect them and their families, then as “climate change” becomes more popular, could some of the cultural impetus for conserving energy dissolve? Could those consumers start to care a little less about supporting brands that use renewable energy sources or more efficient transport strategies?

This semantic change may present an opportunity to take up the slack as “climate change” becomes more culturally popular by reconnecting consumers who are less concerned about climate change with things they are concerned about, such as their family’s health, their legacy for future generations, the quality of the products they’re buying and their energy costs.

It’s also a reminder that sustainability and energy efficiency need to be made personal.

If you are an environmental or scientific organization for whom global warming is a major reason to believe, you can still accept the move away from using “global warming” by personalizing the effects of climate change — and you can do it, perhaps, with a positive spin that gives consumers hope, not fear.

Top image of "My name is" badge by Yale Project on Climate Change Communication.

How to Talk About Climate Change

Climate change vs. global warming: How to talk sustainability risk