'Industry 4.0' and the next wave of embedded machines

'Industry 4.0' and the next wave of embedded machines

But connecting these machines to the Internet of Things gives them the ability to join an intelligent network that can help reduce the significant costs associated with automation.

Connection to the IoT also means that industrial machines immediately can transmit essential operating data — including energy consumption and status. This adds a continuous stream of useful data for plant managers and industrial engineers that can be mined across a facility's machines to detect key trends and worrisome failures. In other words, vital micro machine data gets aggregated into a valuable macro view of a facility.

I think of IoT in industry as plug-and-play meets industrial machines. When a new piece of equipment is installed, it presents itself to the control system along with its operational constraints and energy profiles. The control system then can incorporate these to form a control strategy for that machine. As a result, the machine becomes part of an intelligent, machine-led optimization engine, where resource availability, product demand and energy costs are weighed to provide the best production schedule and negotiate the price of the product.

Industry 4.0: the next wave evolves

The industrial sector is in the early stages of having a continuous or holistic network that has overall connectivity and visibility. Forward-looking equipment manufacturers are starting to incorporate built-in communication as well. They realize that by providing connectivity — as well as intelligence around energy states — they can reduce the total cost of ownership of their equipment, and help their customers optimize their operations at the same time.

The German government calls this "Industry 4.0" — or the next wave of industrial evolution. But to make Industry 4.0 a full-on reality, manufacturers need to embed intelligence and communication capabilities into their products. Broadly accepted standards for communicating and collecting the data also will be crucial. Large global players such as Siemens, GE, Schneider and Rockwell must lead the industrial sector's IoT integration. These are top-tier companies that have a broad product footprint within industrial facilities as well as a cutting-edge 21st century vision.

When energy-intensive equipment is absolutely critical

From my biased perspective, energy-intensive equipment is most important to connect and control, because it helps facilities take advantage of the flexibility inherent in their operations, balance usage within the facility and then optimize energy use with respect to the greater utility grid.

If you filter this through the prism of "transactive energy" — which harnesses techniques for managing the generation, consumption or flow of electric power within an electric power system through the use of economic or market-based constructs (while still considering grid reliability constraints) — then enabling industrial machines to connect to the IoT allows facilities to negotiate their energy flexibility in a price-based energy marketplace. 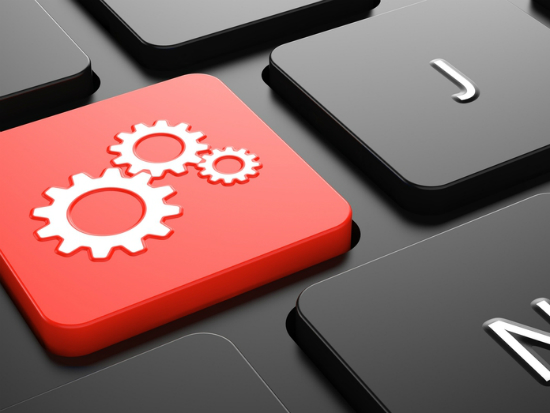 Utility regulation ultimately will help define program changes that incent manufacturers to become more flexible in the way that they use energy. In the meantime, I'm excited about the New York PSC's move toward distributed resource planning. The sooner we can reach a paradigm in which programs and platforms allow energy trading from the generation as well as consumption side, the sooner we can reach a truly efficient smart grid.

The advantage of IoT connectivity — having machines present an intelligent interface that can be controlled in a new environment — is obvious for the industrial sector.

For example, Rockwell has CIP Energy. With CIP Energy embedded directly into existing Rockwell Automation Integrated Architecture systems, manufacturers can avoid installing a separate energy-management system. Siemens has PROFIenergy, which provides an integrated power switching function in field equipment that enables energy savings — not only during long pauses, but also during short and extremely short pauses with devices remotely controlled by PROFIenergy commands. Mitsubishi has CC-Link IE, which maintains fast throughput of large amounts of data. And, for its part, Schneider uses Modbus, a serial communications protocol that is simple and robust. Originally published in 1979, Modbus since has become a de facto standard communication protocol, and it is now a commonly available means of connecting industrial electronic devices.

Each company has shown — through major research initiatives and meaningful investment dollars — that connecting intelligent industrial machines to the IoT is the smart way to run a plant, facility or operation today.

And a bottom line is definitely emerging here. Connectivity increasingly will become a profit-driver in the industrial sector as we head toward the middle of the 21st century.

Top image of gears and information by Tashatuvango via Shutterstock.

A simple approach is the future of building automation systems