Reducing NYC's carbon emissions one building at a time

Reducing NYC's carbon emissions one building at a time

Since January, the de Blasio administration has undertaken a number of major environmental, sustainability and resiliency-related initiatives. This includes the creation of the new Mayor’s Office of Recovery and Resiliency, the first city office focused on resiliency.

On Earth Day, de Blasio announced the most sweeping update to New York City’s Air Pollution Control Code since 1975, which will update emission standards for sources including commercial char broilers, fireplaces, food trucks and refrigeration vehicles and reduce dangerous particulates that contribute to more than 2,000 deaths each year.

Moreover, de Blasio has made environmental sustainability a key component of his affordable housing plan, calling for an energy efficiency program for affordable buildings. Last month, the mayor announced a $350 million partnership with Community Preservation Corporation and Citi as part of that plan, which will include financing for efficiency retrofits.

Buildings cause nearly 75 percent of New York City’s GHG emissions. Reducing their energy use is essential to mitigating citywide greenhouse gas emissions. It also has the benefit of lowering energy costs, saving building owners money and providing welcome relief from rising housing costs that have contributed to a growth in inequality.

Since its launch in 2007, the NYC Carbon Challenge has helped reduce energy use in buildings and lower their energy costs. Nearly 100 of NYC’s universities, hospitals, commercial businesses and residential property management companies have joined this voluntary leadership program, pledging to work with the city to reduce their carbon intensity by 30 percent or more in 10 years. 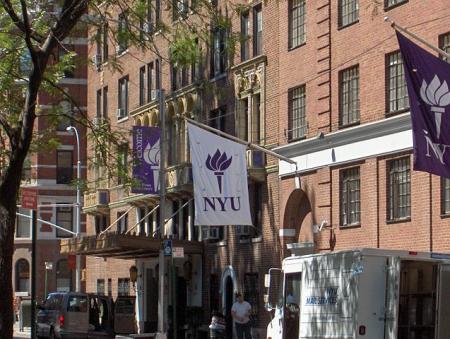 To date, participants have reduced their emissions by an average of 16 percent. Six universities and hospitals even met their goals several years ahead of schedule. New York University, for example, cut its emissions by 30 percent through a combination of major capital investments such as its state-of-the-art co-generation system that kept the lights on during Hurricane Sandy. It also has implemented low- or no-cost strategies such as instituting regular operations and maintenance schedules. As a result, the university saved more than $11 million last year, and is now doubling down to cut its current emissions in half over the next five years.

Moreover, the Carbon Challenge participants are piloting cost-effective energy efficiency strategies and paving the way for others to follow. Commercial firms participating in the challenge, which include some of the largest global corporations such as Google, JP Morgan Chase and Crédit Suisse, are experimenting with innovative projects including server virtualization in their data centers, continuous commissioning of building equipment, consolidation of office space and maximization of natural daylighting.

As participants implement and evaluate strategies, the city can learn from their experiences and create case studies of best practices, which have the potential to multiply energy reductions and cost savings well beyond the scope of the program.

Consequently, the city under de Blasio aggressively has expanded the success of the Carbon Challenge to deliver the same benefits for multi-family buildings. In partnership with the New York State Energy Research and Development Authority, the city is working with 18 of the largest residential property management companies who have committed to reducing greenhouse gas emissions from their portfolios of multi-family buildings. As a result, residents of these buildings could save as much as $300 on their annual energy bills. They also will benefit from breathing cleaner air and helping the city mitigate its greenhouse gases.

The efforts of Carbon Challenge participants are making a significant dent in citywide emissions. All together, they make up more than 190 million square feet of space in New York City — about one-third of the entire built area of San Francisco — and contribute roughly 5 percent of citywide emissions. By the end of the challenge, they will eliminate more than 700,000 metric tons of carbon — or roughly the equivalent of making all buildings in Santa Monica carbon neutral.

A lot more work remains to be done. New York City will continue to play a leadership role in tackling climate change, while striving to make the city a more resilient and equitable place to live.